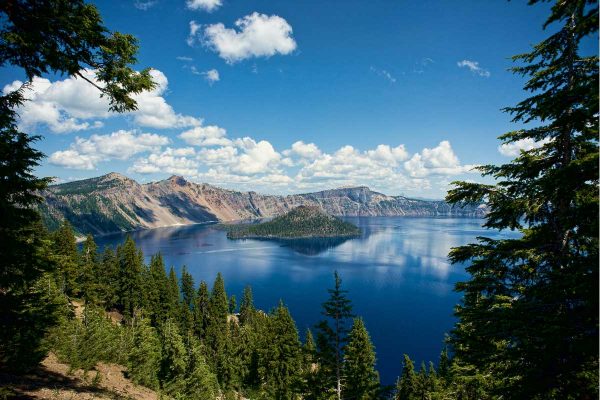 It wasn’t easy to write this post. I started with 25 states but then it seemed like if I was going to nominate roughly 50% of American states as the most beautiful states in the US I really wasn’t making the hard choices.

I also wanted to share with you what makes these the most beautiful states in the US. Specifically, what are the places – lakes, UNESCO world heritage sites, national parks, man-made creations etc – that make these states so very beautiful. Hopefully, this will help you decide if these beautiful states have earned a position in your travel bucket list ideas.

15 Most Beautiful States in the US

If you like red rocks and sandstone against blazing blue skies then Utah is the state for you. Home to some of the most magnificent and unique national parks in the United States, Utah is filled with beautiful places that you won’t forget.

So many waterfalls, an amazing six storey castle, great gardens and the Airondacks – it’s all in New York State.

Florida has an amazing 1,200 miles of coastline as well as loads of national parks and of course the Florida Keys.

Where do you start with California? This iconic US states is often seen as the ultimate paradise – home to wonderful weather, stunning beaches, amazing coastal drives, delicious wine regions and a couple of the top national parks in the USA California has it all.

⇒ Interested in heading to California? Check out my posts on Unique Restaurants in San Francisco, Things to do in Calistoga review of the great Solage Spa, visiting Yosemite in One Day, 10 Stunning Sunsets in California and in Yosemite in October and my guide to a Livermore Wine Tasting.

Home to not just the Grand Canyon but enough natural and man made attractions to be a country on its own that you would want to visit – here are some of the most beautiful places in Arizona.

157 miles of shoreline, millions of acres of forest, the Cascades, Mount Rainier – Washington is bursting with beautiful places.

Snow capped mountains, natural hot springs, waterfalls – Colorado has it all and more.

Rhode Island may be a small state but it has everything from quaint lighthouses to ornate homes plus the Eastern seaboard.

One of the world’s last true frontiers, Alaska is a mix of glistening glaciers and crystal clear lakes where wild animals still roam.

Are these the right fifteen states or have I missed some? Or should this article cover 20 states? Let me know your view in the comments.

This most beautiful states in the US post includes affiliate links. That means if you click through and end up making a purchase I will receive a small commission. I wanted to make sure you were aware of this.

From Lawyer to Island Hopper: A Writer in Paradise