All you wanted to know about the jewellery on Bling Empire 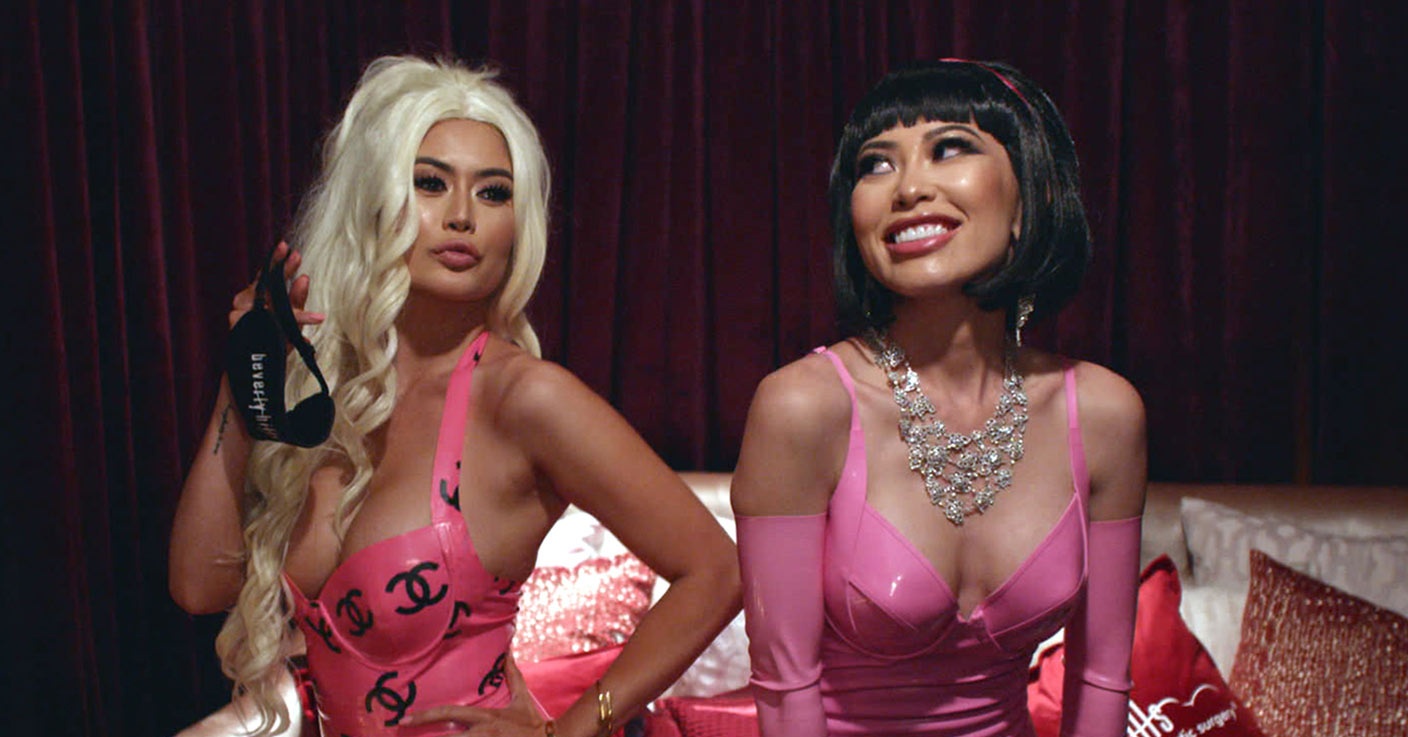 It comes as a surprise to nobody that Bling Empire features a lot of, well, bling.

The Netflix reality TV series follows the lives of moneyed Asians in Los Angeles, after all. Whether doing sexy yoga in their mansions, getting mouth massages (it’s a rich people thing, apparently) or exchanging thinly-veiled insults over cocktails, the show’s cast members are often decked out in diamonds.

Jewellery, just like designer clothes and Lamborghinis, is just one of their many playthings. They treat each other to friendship rings from Boucheron, or show their love with promise rings that could easily pay off an entire wedding.

That sort of opulence is not something most of us would be familiar with. To quote Christine Chiu, the millionaire socialite who is one of Bling Empire‘s glittering stars, “In the world of high jewellery, not everyone is invited.” Of course, we’re not entirely clueless. We wouldn’t go so far as to misspell “Hermes” like Kevin Kreider, the one Asian in Bling Empire who isn’t crazy rich. But the show may still have left you scratching your head at some point. What is JAR? Is Boucheron really France’s oldest jewellery house? And what’s the big deal with that Louis Vuitton necklace?

Consider yourselves confuddled no more. Below, we answer all the burning, jewellery-related questions that may have emerged from Bling Empire binge.

What jewellery brands are featured on Bling Empire?

Given that each cast member has different tastes when it comes to their jewels, the short answer is: quite a few. Anna Shay, the Russian-Japanese billionaire who is something of the show’s matriarch, is fond of Boucheron. One of her best friends is a client executive for the fine jewellery brand; when she shops for new pieces in Paris, she has the boutique closed just for her.

Cherie Chan is a big fan of Van Cleef & Arpels’ floral creations, as you would expect of the graceful denim empire heiress. The aforementioned Christine, who is as passionate about high jewellery as she is about haute couture, favours Louis Vuitton and Piaget. (The latter even sponsored her extravagant Chinese New Year party on Rodeo Drive.) Even Kane Lim, the son of a Singaporean millionaire, has a thing for diamonds — especially if they’re from Cartier.

You may have noticed quite a few crowns adorning the cast members during their interview bits. Even for the super rich, those bejewelled tiaras seemed a little over-the-top. But then when you consider that extravagance is at the very heart of Dolce & Gabbana, the haute couture fashion brand behind those regal accessories, it makes sense.

How much was that Louis Vuitton high jewellery necklace?

Bling Empire opens with an episode titled “Necklacegate”. Christine, in a primal struggle for dominance, provokes Anna by wearing a necklace that she also owns. This plants the seed for all the silly power moves and brilliant lines that the two sprout throughout the rest of the series.

The accessory at the centre of all that drama was a Louis Vuitton necklace made of white gold, pink sapphires and diamonds. It’s from the French brand’s 2010 Les Eclatantes haute joaillerie collection. (Fun fact: Chinese actress Gong Li wore a ring from the same collection at the 2011 Cannes Film Festival.) That means that Christine had to go out of her way to purchase hers from an auction or an online reseller, probably at around its original price of US$152,000 (S$201,204). In other words, she couldn’t be any pettier.

Is Anna really “a JAR type of person”?

Christine, who has a penchant for name-dropping, casually mentions to Anna that she looked like a fan of JAR. The statement left even Anna, a seasoned patron of the high jewellers on Place Vendôme, at a loss for words. That’s pretty surprising, given that Anna has much in common with Joel Arthur Rosenthal, the elusive jeweller behind the label.

The American designer very rarely gives interviews, and he never advertises his brand. You won’t even find a display outside his boutique on Place Vendôme, where he has worked since 1978. Instead, Rosenthal lets his artistic jewels do the talking. He creates only around 70 designs a year, and he’s very selective of his clients.

The only other way to purchase a JAR jewel is through an auction, where they can easily fetch up to millions. That’s because each one is a feat of craftsmanship; the gems on a JAR jewel are usually set with intricate pavé arrangements inspired by fine needlepoint stitches. The stones’ colours are brought out even more against blackened metal, which Rosenthal uses instead of gold or silver. The final results tend to resemble a miniscule sculpture of natural forms, like butterflies or flowers.

Such details would definitely excite Anna, who has been described as “a child in a candy shop” whenever she shops for jewellery. Too bad she would never give Christine the satisfaction of being right.

Who is older: Mellerio or Boucheron?

When Anna and Christine try to one-up each other in terms of their jewellery knowledge, they come to a disagreement. Christine says that Mellerio is the “the oldest high jewelry house alive in Paris”, while Anna insists it’s Boucheron. Who’s right?

It turns out that Boucheron, founded by Frédéric Boucheron in 1858, is the oldest jewellery Maison in Place Vendôme. And the brand did create royal jewels after all, especially for the likes of the Russian Imperial Family and the Queen Mother Elizabeth.

But the title of oldest jewellery atelier in Paris does, in fact, goes to Mellerio. It was established in 1613, over two centuries earlier than Boucheron, by Mellerio dits Meller. Its first boutique was on the Rue de la Paix, not too far from Place Vendôme. Its clientele was just as powerful as Boucheron’s, including the Medici family, Queen Marie Antoinette and Empress Josephine.

The post All you wanted to know about the jewellery on Bling Empire appeared first on Prestige Online – Singapore.