Boat of the Week: Inside ‘Adastra,’ the Bonkers, Rule-Breaking Trimaran That Has Crisscrossed the Globe

Adastra, or to the stars, as the poet Virgil once said, is not your average superyacht. With its striking spaceship profile, it might look like a concept. Delivered in 2012, this 140-footer has spent nearly a decade exploring the globe.

“We have been lucky enough to spend at least three months on board every year since the build, crossing the Atlantic and Pacific Oceans, and exploring the more traditional cruising grounds of the Mediterranean and Caribbean,” the owner, requesting anonymity, told Robb Report. “Adastra is a truly stable and safe oceangoing yacht.” It also happens to be one of the most innovative vessels on the water.

British designer John Shuttleworth has won multiple awards, not to mention nonstop praise, for Adastra. What sets the boat apart are its unusual trio of silver hulls that resemble an outrigger canoe. Built by McConaghy Boats in Zhuhai, China, the custom design went through structural analysis, while a computer model of Adastra was tested for wave impact, slamming and the potential durability of the outriggers running through big seas. 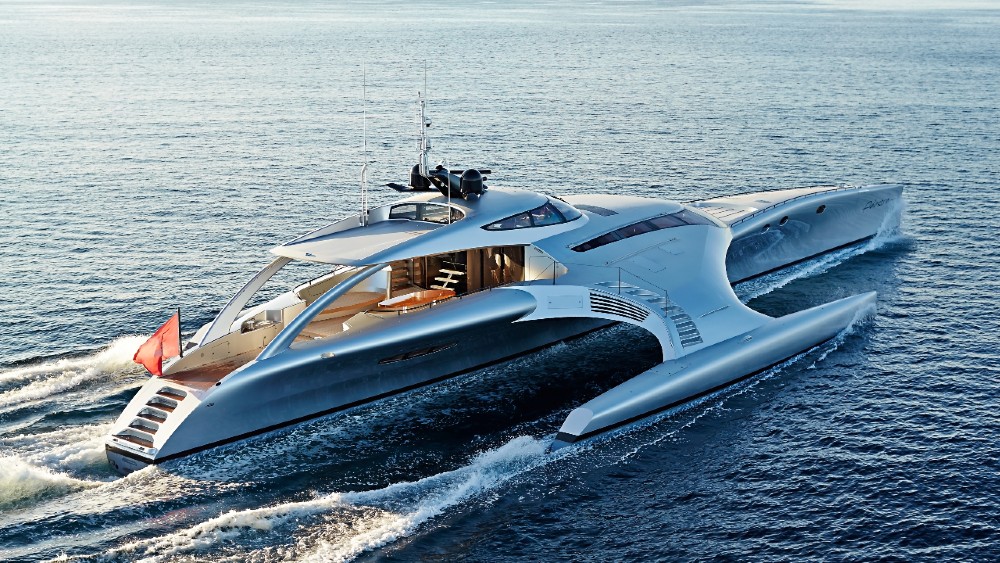 This one-off design maximizes interior space but has a minimal eco-footprint compared to other yachts its size.  Courtesy Burgess Yachts

Constructed from e-glass and Kevlar, these hulls are mated to a carbon-fiber superstructure, so the boat weighs only 49 tons, or the equivalent weight of a 60-foot conventional yacht. This lightweight design delivers hydrodynamic efficiency, stability and performance, as well as low fuel consumption and low environmental impact. Since weight reduction was critical to the trimaran’s performance, McConaghy custom-designed all the components—hatches, port lights, ladders and hinges—to be made of carbon fiber.

“Our hope at the time was that the design would represent consciousness of the environmental issues facing the world, while also giving impetus to changing attitudes towards reducing carbon emissions and fossil fuel consumption,” Shuttleworth told Robb Report. 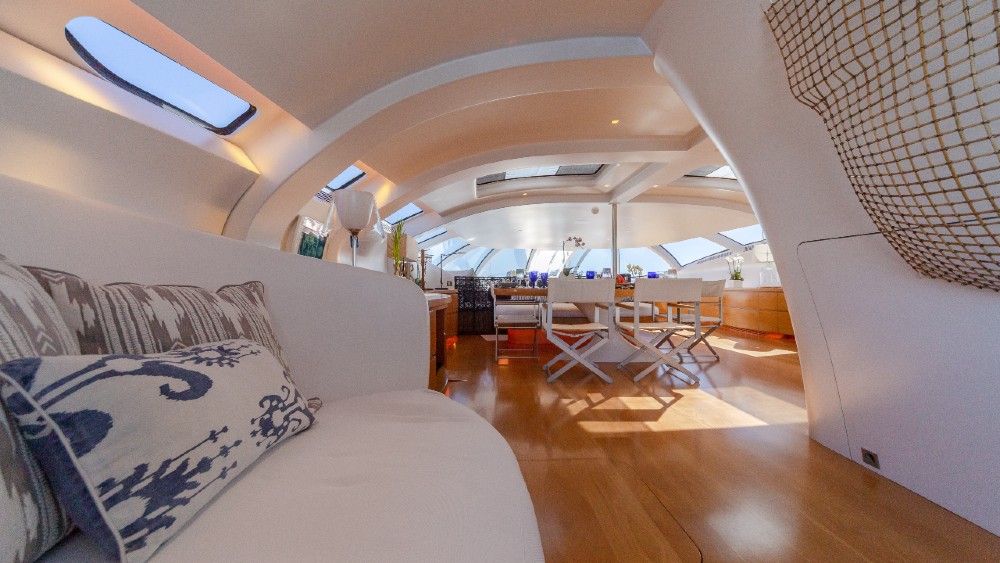 The design team used its curves and natural light to full effect, with the minimalist, Scandinavian-themed interior.  Courtesy Burgess Yachts

Adastra’s 3.9-foot draft can get into shallow areas that more traditional yachts can’t access, making her ideal for shallow-water areas like the Bahamas.

Despite its eco credentials, Adastra is still very much a luxury yacht. With the main hull flared over the water for additional space, the exterior layout allows guests to enjoy several secluded areas and superb communal spaces. The Scandinavian-influenced interior by Jepsen Designs, is minimalist and dominated by the natural light flowing in from curved, wraparound windows and skylights, highlighting the honey-colored woods and neutral color palette of the open-plan living areas. Adastra was designed for nine guests and up to six crew. The full-beam master cabin is aft, connected directly to the main salon, while two guest cabins and the galley are located near the engine compartment.

Adastra’s 52.5-foot beam features a spacious aft deck with lounges and a sheltered alfresco dining area, while forward of the main salon, guests can relax on the roomy foredeck, with its large sunbed. The yacht’s garage door folds out to create a diving platform. 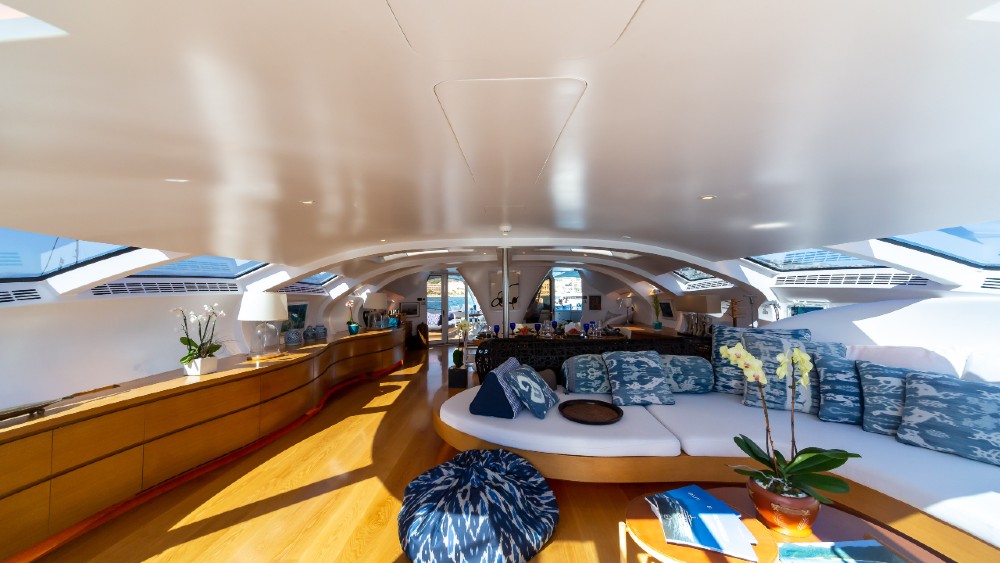 The open plan gives the sense of being outdoors, especially with the skylights.   Courtesy Burgess Yachts

Adastra is currently listed through Burgess Yachts for $10 million. Here are more images. 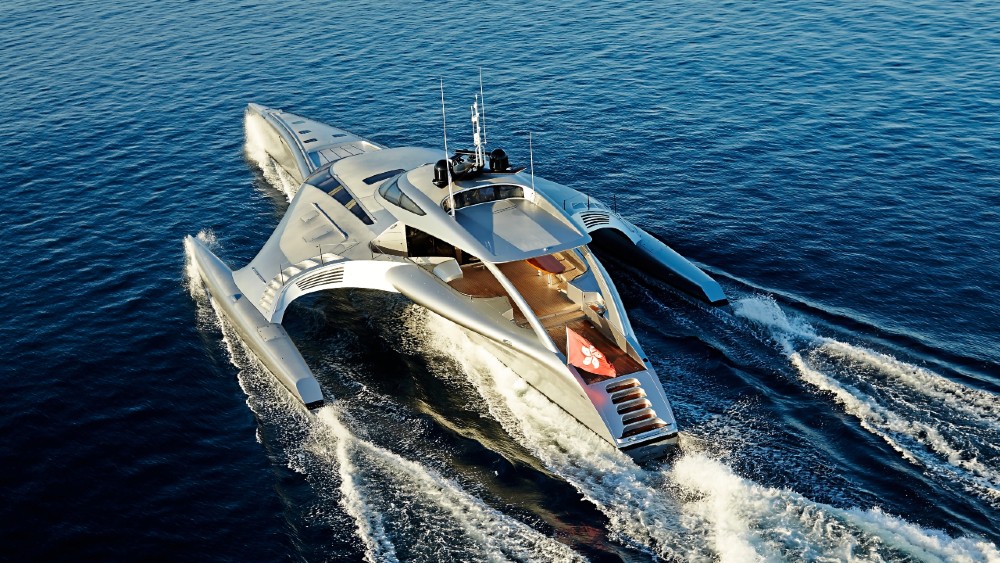 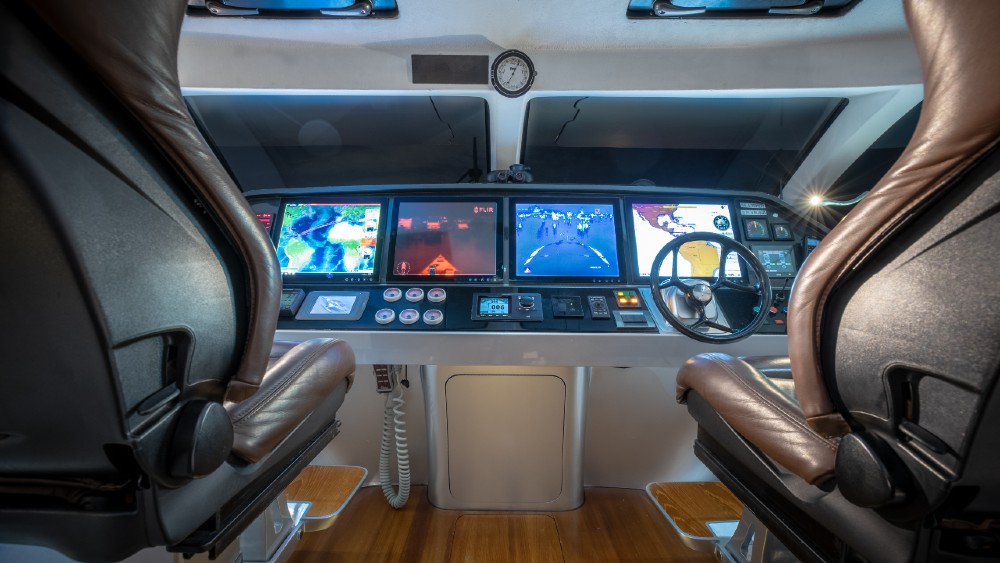 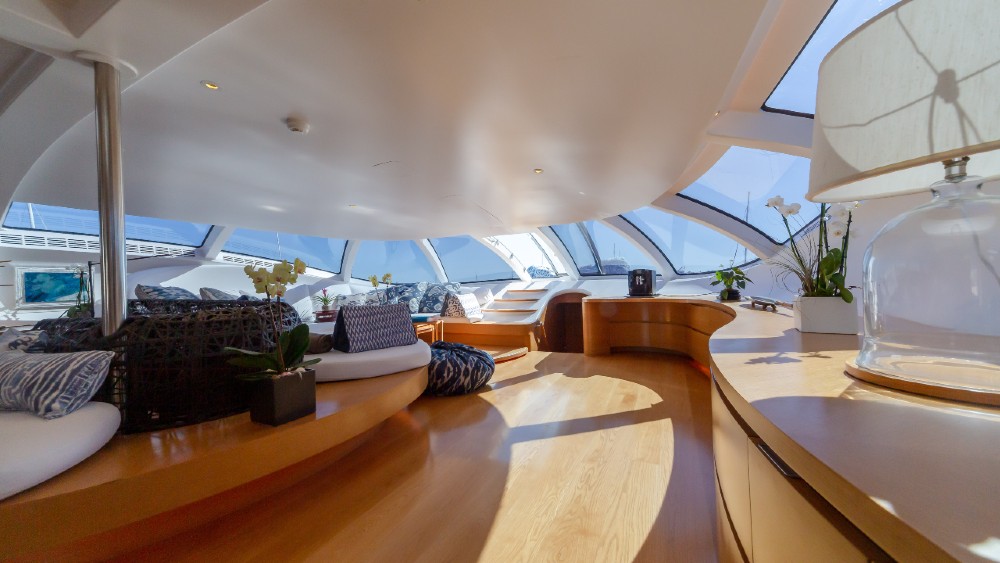 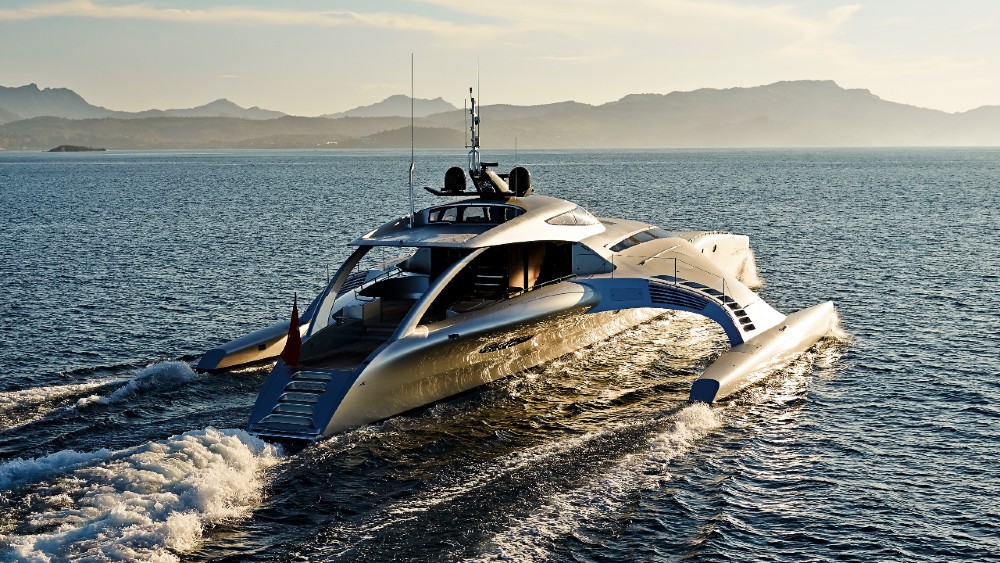 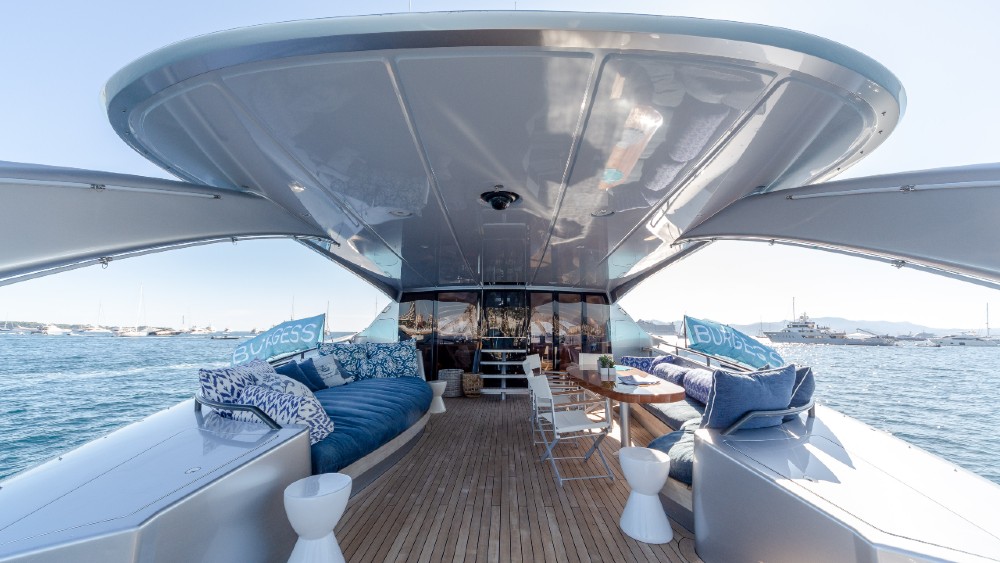 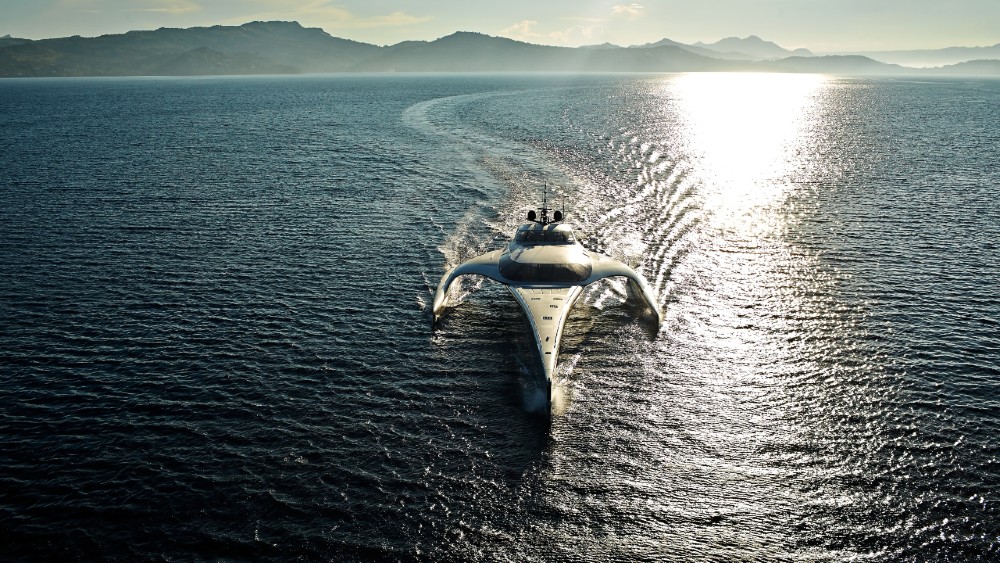 BMW’s All-Electric i4 Sedan Is Officially in Production

Car of the Week: Own a Concours-Quality Mercedes-Benz 280 SL Restored by Bechtel