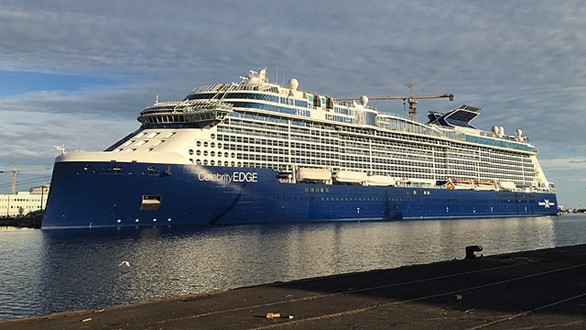 During the 2024–2025 cruise season, Celebrity will offer customers many new destinations throughout the world on almost 500 cruises.

For the 2024–25 cruise season, Celebrity will visit all seven continents, providing customers with approximately 500 cruise itineraries that include longer overnight stays and new homeports for some of its most popular vessels, including the Celebrity Apex.

The line’s 16 luxury ships, including the 140,600 gross-ton Celebrity Ascent, the fourth ship in the highly praised Edge Series, will visit over 250 ports in 70 countries.

For the 2024–25 cruise season, Celebrity will debut in a number of new regions worldwide, with approximately 500 cruises visiting over 250 ports in 70 countries.

Some of Celebrity’s Edge Series ships will have their very first homeports, and the line will launch more year-round itineraries in Europe, allowing passengers to discover new destinations.

This season, itineraries will feature new and extended stays in 11 of the world’s most visited cities, such as Lisbon, Istanbul, and Reykjavik, Iceland.

For the 2024/25 season, said Lisa Lutoff-Perlo, CEO of Celebrity Cruises, “we wanted to take our offerings to new heights — all in celebration of our fourth Edge Series ship, Celebrity Ascent, sailing its first season in 2024.”

By sending three of its most popular ships to Europe, the cruise line will be able to provide 153 different sailings to nearly 100 various European destinations.

As the only ship of its size to have a homeport elsewhere than London, the 130,818-gross-ton Celebrity Apex will sail more Norwegian Fjord itineraries than ever before, including a brand-new 12-night Norwegian Fjord and Arctic Circle cruise.

When Celebrity Ascent sets sail for the first time in Europe, passengers can enjoy cruises to Spain, Italy, France, and Greece as part of the ship’s maiden European season. Other destinations on these cruises include Scandinavia, Egypt, and Israel.

The 3,260-passenger Celebrity Beyond will set sail on 10- and 11-night excursions in the region’s attractions.

Eight Celebrity ships in the Caribbean will offer cruises from three to twelve nights. The Celebrity Ascent’s newest ship will debut in the Caribbean with 7-night Western and Eastern Caribbean itineraries that alternate between visiting St. Thomas and St. Maarten and Georgetown, Grand Cayman, and Labadee, Haiti.

In addition to her special Panama Canal cruise, Celebrity Beyond will provide 10- and 11-night cruises through the Southern Caribbean, calling at ports like St. George, St. John’s, and St. Maarten.

The seven-night cruise on the Celebrity Apex will transport passengers to some of the Caribbean’s most beautiful spots, including Puerto Plata, Labadee, Key West, Bimini, St. Kitts, and Tortola.

The 2,908-passenger Celebrity Edge will make the maiden voyage of Celebrity Cruises’ Edge Series ships to Alaska, setting sail round-trip from Seattle on a seven-night cruise that calls at Victoria, British Columbia, and Ketchikan.

From May to September of 2024, passengers can choose from 57 departures on a broad range of six- to eight-night itineraries aboard Celebrity Summit and Celebrity Solstice.

From September 2024 to April 2025, the Celebrity Millennium will set sail from Japan alongside the 121,878 gross tonnes Celebrity Solstice on 11- to 14-night itineraries that will visit 32 ports across Thailand, Malaysia, Indonesia, Sri Lanka, Vietnam, and India.