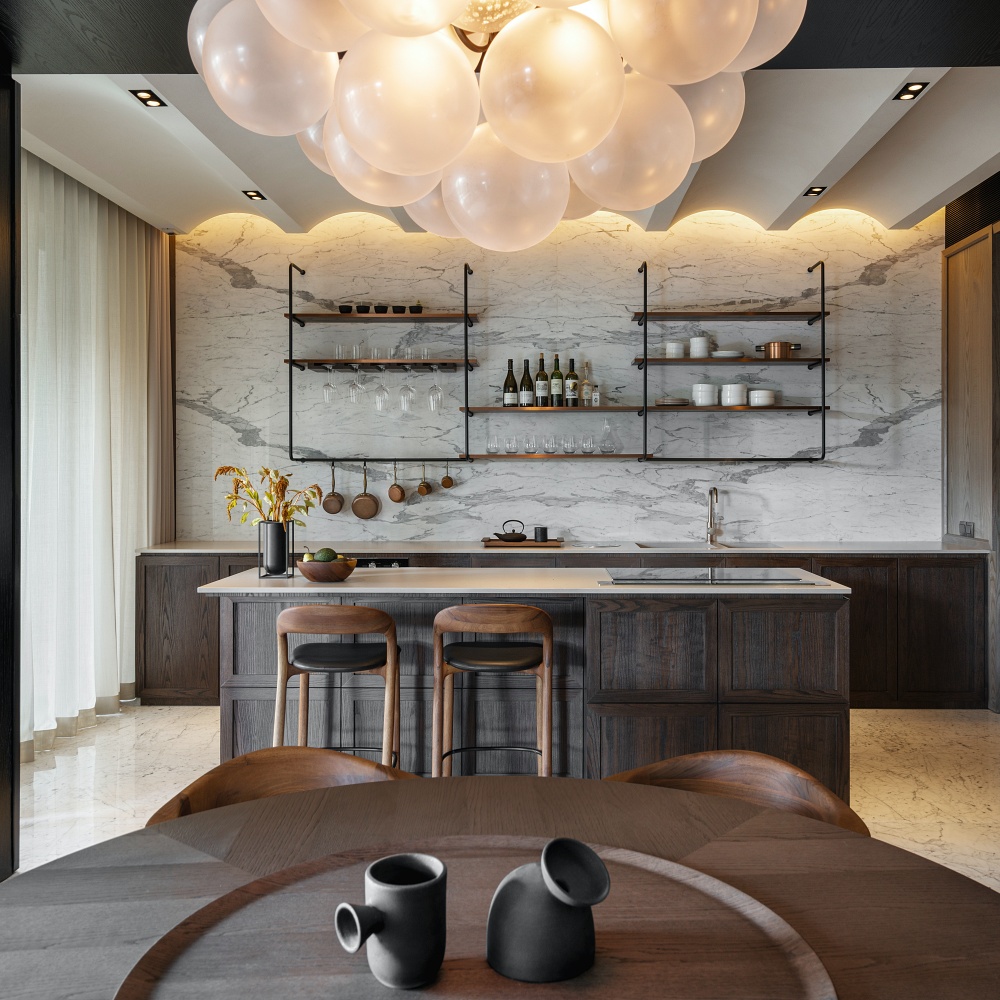 Singapore and Portugal-based designer Gabriel Tan sits down with us to talk about the handmade revival, craft and clarity, and how cultural exchange sparks inspiration.

Beautiful interior objects have become more vital pleasures this past year. As we’re at home more often, we want our environments to inspire, soothe and delight. A recent trend towards the handmade is one part design humanism and one part high-tech fatigue. And during a pandemic, it’s all part of the slow-living zeitgeist gaining traction even in the world’s fastest cities.

Currently doing the job are the hand-polished quarry bowls made from three segments of Portuguese marble, textured salt vases in colbalt blue or earthy orange, tall conical jugs or the wonderfully shaped charred clay vases – all items from Origin, a brand of handcrafted, collectable objects by Portuguese artisans and international designers.

Founded by Singaporean Gabriel Tan, who helms an eponymous studio as well as Origin and the Japanese furniture brand Ariake, the project was inspired by a 2014 holiday to Portugal, when he expected little other than sightseeing and some beaches. Inadvertently ending up in the workshops of Portuguese artisans, Tan was amazed by the craft that resided so close to glorious landscapes.

“I saw the potential to tell an honest story, to create a collection of contemporary objects that are proudly made in Portugal, sharing the true origin of these products and the stories of people who made them,” he explains. “As a designer, sometimes I feel a bit like an imposter, because we’re often given too much attention for the products we’ve designed. The names of craftsmen, technicians or makers are always invisible, and I wanted to give them more visibility with Origin; to give credit where it was overdue.”

The seed was planted, the wheels put in motion and Origin debuted at Stockholm Design Week 2019, highlighting the craftspeople making the items and not just the designers conceptualising them. Now the range is global, selling in Oslo, Tokyo, the US – including the Herman Miller store and the Noguchi Museum in New York, and Luminaire in Chicago and Miami – London’s Conran Shop, Grafunkt in Singapore and the Rosewood Hong Kong’s Asaya Living concept.

Artisanship is in resurgence, but Tan says the challenge “is educating customers about what handmade really is. We can’t expect a handmade object to be the same each time, and this imperfection is the beauty of the process.

“I believe in reduction and visual clarity. I also like working with textural, natural materials, but of course it depends on the project … My early designs were very different, more about humour and almost a little Pop during my school days. It’s been a long evolution and I believe I’m still evolving as a designer.”

The last 12 months have been transitory for Tan and full of new beginnings. New work projects are in the making, along with a move of his family base from Singapore to Porto, Portugal’s northern city. There he’s found a new home, store and studio housed in a three-storey traditional building in the heart of the city, currently undergoing vast renovations.

He’ll be in Porto for six months and travelling regularly (or at least when he can) to his main studio in Singapore. It’s “a new adventure” for his family, Tan tells me, plus the move allows his business to expand more into “international projects for clients in Europe and United States” as well as a flurry of leads in the “Douro Valley, Comporta and even Africa”.

“I believe in reduction and visual clarity. I also like to work with textural, natural materials”

Tan’s work spans undulating Saharan sand-dune forms on the cork panel for Swedish brand Abstracta and the fluid shape of the smokey Aer vases made from blown glass, to collaborating with one of Denmark’s oldest lighting companies. From bespoke designer private residences to corporate projects large and small, his studio’s smooth functionality, earthy sensuality and rather Zen-like aesethetic has clearly captured the attentions
of many.

Winning accolades that include the Industrial Designers Society of America’s Idea Award, the Japan Good Design Award and Singapore’s President’s Design Award, Tan also guest-lectured at Lasalle College of the Arts and the National University of Singapore, the University of Oregon and the Pratt Institute in New York.

Travel has had a profound impact, whether it’s for leisure or work. Tan’s inspiration comes through new cultural experiences, “observations and conversations with people who are deep in their craft”, or workshop and factory visits showcasing a new material or method. “Cultural exposure changes my professional outlook, but also my own personality and life,” he says. “I think of the person that I was five years ago compared to now … and it’s been such an intense transition that it’s hard to put it into words.”

This is manifested in his commercial work at the studio, and the three international brands he’s charged with: Ariake, Origin and Turn (designer door handles). “Working with different cultures, I’ve learned that nothing should be taken for granted, including what is a real yes and what is a real no,” says Tan. But there are plenty of cultural similarities, too. “Strong relationships get things done when times are rough,” he says. “Mutual trust and respect are so important.”

Origin’s respectful story-telling of Portuguese crafts, seen through the eyes of designers from around the world, elevates handmade values while offering transparency on how and by whom the objects are made. The elegant charred black vases “embody what I want to do with the brand. They highlight a heritage that’s in danger of becoming extinct, because there’s only a handful of craftsman who are expert in that technique,” he says.

“I prefer natural materials and sustainably sourced materials over synthetic materials, but of course it depends on the project,” he adds. And a compelling story is always inspiring – Tan became influenced by furniture made by the Shakers, “a self-sustaining Christian commune prevalent in the US from the late-19th to the mid-20th centuries”, after visiting one of their last-remaining villages in Pittsfield, Massachusetts.

“Their philosophy of making things that are both useful and beautiful, as a form of worship, moved me deeply,” he says. “And more recently, I’ve been fascinated by the stone sculptures of Isamu Noguchi after visiting
his museum in Queens, New York.”

Despite all the high-profile collaborations, brand clarity and precision, there’s a charming humility to this cerebral and rather successful designer. Perhaps it’s in part down to his very unconventional design journey. On track to become an officer in the Singaporean navy, the 19-year-old Tan eschewed a military career for a newly discovered passion for furniture and industrial design.

Poring over design books and magazines for the first time, “I was hooked,” he says. And after some deep research, “I decided that this was what I really wanted, and that a military career wasn’t for me.”

He earned a degree in indistrial design from the National University of Singapore. Then, he formed a collective called Outofstock Design with fellow designers from Barcelona and Buenos Aires, exhibiting at Milan Design Week and working with clients such as Ligne Roset and Bla Station.

His own practice – Gabriel Tan Studio – came into being in 2016, with projects with Design Within Reach and Ariake, and then the likes of The Conran Shop, Wallpaper, Abstracta and Menu. Tan’s ultimate dream, though, is to redesign an airline or aeroplane. “I feel that air travel hasn’t changed or evolved much in the past 20 years,” he says.

Tan’s approach to creative direction includes the obvious aesthetic and material considerations, but he also likes to shift the organisational and business side. At Ariake, creating a Japanese label with chic, international appeal, “cultural communication through the designs” had to come with “a certain control and restraint so the pieces don’t seem too exotic and can co-exist harmoniously with other furniture in homes around the world.”

Upon visiting the Ariake Sea close to the facilities where the products are manufactured, Tan discovered that ariake meant “daybreak” in Japanese – and thus the new brand name was born. “It was perfect really, because we’re trying to reverse a sunset furniture industry in Japan through this project.”

The lattice forms and geometric details of items such as the Kumiko cabinet, consoles, chairs and sleek sofas bring together unexpected touches with Japanese minimalism and functionalism. The furniture brand has gained worldwide resonance, retailing in Auckland, Melbourne, Singapore, New York, Antwerp, Switzerland and across Japan and Scandinavia.

Tan implemented intensive workshops where Ariake’s designers would “live, eat and work together” for a week, to design most collections. By bringing together a previously isolated work culture, strong friendships and creative networks have been cultivated between designers and owners.

“For me this was the main reason Ariake was able to become known in the design world in such a short time,” says Tan, describing how he changed the company culture from the inside.

“I believe I cannot and should not stand still,” he adds. “Everything is a gradual evolution.”