Everything you need to know about Amethyst, February’s purple gemstone

The mention ‘amethyst’ may bring to mind the picture of a jagged, purple rock, one of the many crystals that modern mystics claim to have healing properties.

Yet there was a time when the amethyst, also February’s birthstone, was considered just as valuable as diamonds, rubies and sapphires. Purple, after all, is a colour associated with royalty. That, along with its rarity made the amethyst a highly esteemed gemstone; frequently making an appearance in the jewels adorned by kings and queens, and other powerful figures like the Pope.

That is, until the early 19th century, when vast deposits of the violet treasure were discovered in Brazil. Now, relegated to a common crystal, the amethyst’s value is mostly determined by its hues; a quality that also sets it apart from other minerals within the quartz family.

Depending on the presence of iron or the effects of irradiation, the amethyst can come in quite a range of colours, from pinkish lavender to deep purple. The most prized shade is a strong purple hue with red undertones, which is also most prevalent in the finest jewellery creations.

In 1947, for example, Cartier famously designed an extravagant bib necklace for the Duchess of Windsor that spotlighted the amethyst — including a large, heart-shaped stone at the centre of it. The purple gem is also a favourite of Bulgari; the Italian jeweller often incorporates it into its bold designs, such as its Serpenti watches.

It’s clear that the amethyst is still highly regarded by some of the biggest luxury brands today. Below, we spotlight some jewellery brands that have taken artistic liberties with the gemstone, producing marvellous jewels that would make a perfect gift for those born in February. 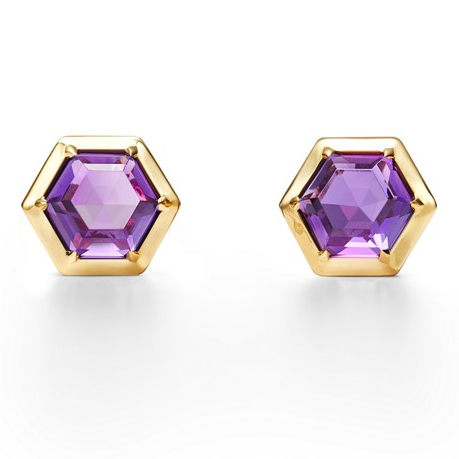 Tiffany & Co.’s designer Paloma Picasso is well known for her love of coloured gemstones, ardently celebrated in the new ‘Paloma’s Studio’ collection. These earrings are just one of the many offerings that feature the amethyst. Here, the purple gemstone was specially cut to be set into the hexagon-shaped gold earrings, creating a stunning piece for everyday. 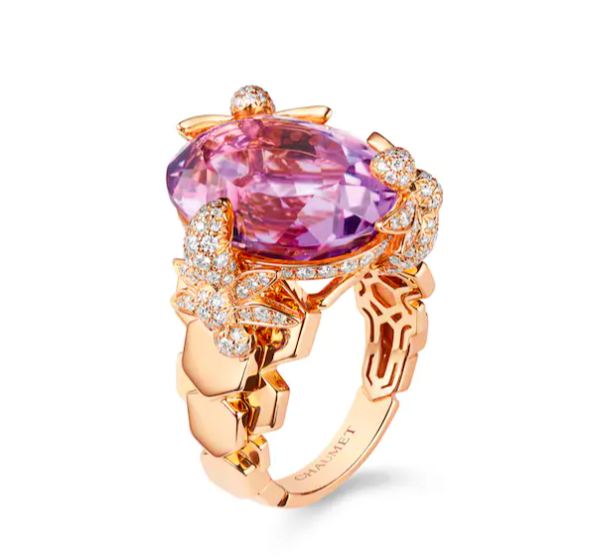 February is not only the month when the amethyst shines, but also when love takes centre stage. This cocktail ring from Chaumet’s ‘Bee My Love’ collection, then, will make a very timely (and romantic!) gift. It features a large, oval-cut amethyst stone, set amidst diamond-embellished bees that are as drawn to the violet gem as your loved one will be. 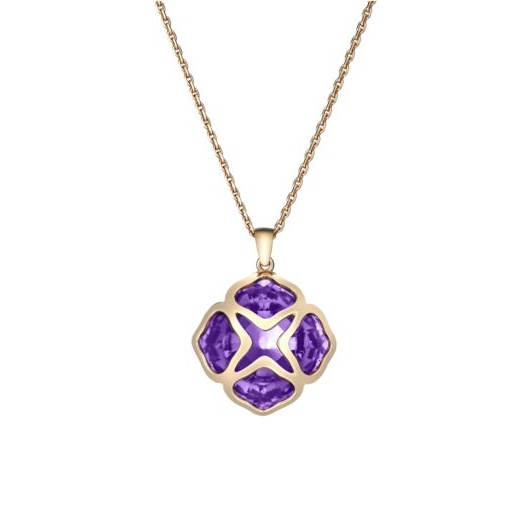 As its name suggests, Chopard’s ‘Imperiale’ collection is dedicated to ‘modern-day empresses.’ This necklace nails the theme on the head with its glowing pendant made of amethyst, a stone with royal associations. Here, it’s set within arabesque swirls made of rose gold, lending a feminine touch to the piece. 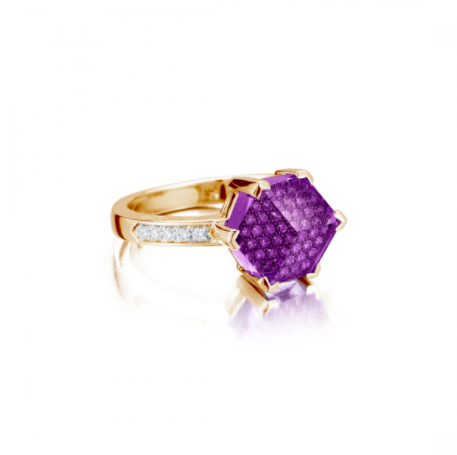 New York jeweller Paolo Costagli has a flair for geometric jewellery designs, and this ‘Brilliante Valentina’ ring is a shining example. A hefty, 3.01-carat amethyst was specially cut with modern engineering techniques to create Costagli’s signature three-dimensional cube, which sits upon a rose gold band lined with pavé diamonds. 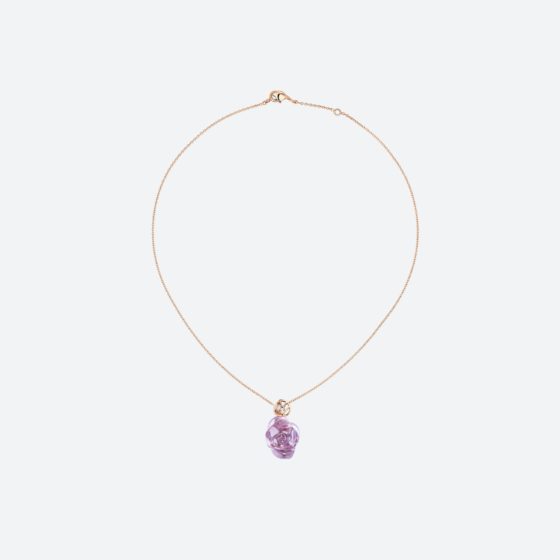 There are roses, and then there are amethyst roses. The latter can be found all across the Rose Dior Pré Catelan collection, which pays tribute to the French brand’s founder and his love for the romantic flower. Dior creates each amethyst rose, as seen in this necklace, by delicately cutting into the violet gem by hand. The resulting bloom boasts exquisite petals that are as detailed as they are crystal clear, like something out of a fairytale.

Practice these 8 essential yoga poses everyday to soothe the senses