The first rule of fight club is. . .don’t wear a boring-ass shirt.

That was not the signature line in Fight Club starring Edward Norton and Brad Pitt. But it could be what prompted Far Afield’s newest summer offering.

The British menswear brand has launched a remake of the burgundy and tan leafed shirt worn by Brad Pitt’s Tyler Durden in the 1999 movie. Made from 100 percent organic satin cotton, the “POP” Stachio short sleeve shirt comes in a regular fit with a straight hem and an open collar. The replica shirt, however, is a touch more detailed than the original with a chest pocket and mother of pearl buttons. 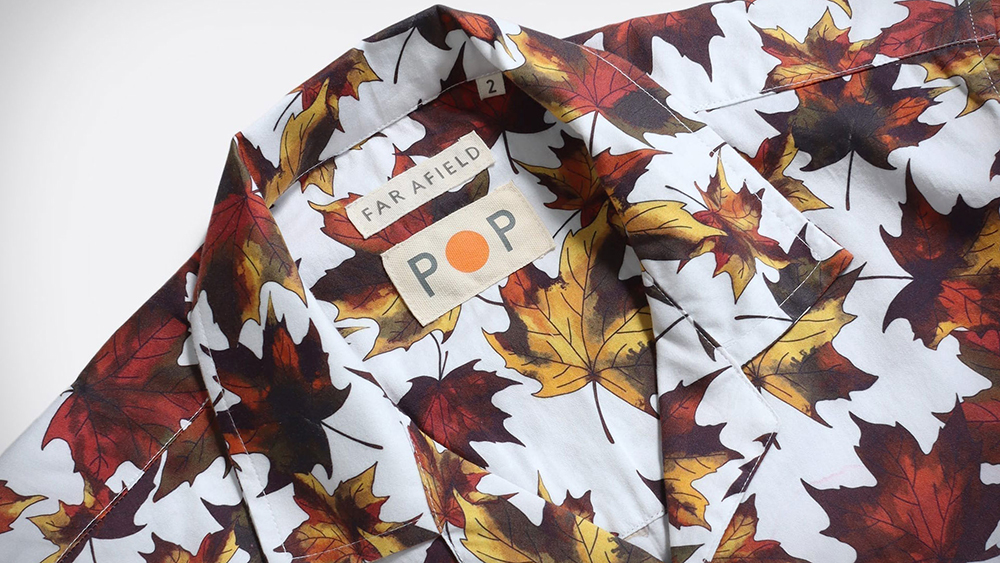 Fight Club hit theaters just before the turn of the millennium as a dark comedy about a work-a-day insurance inspector (Edward Norton) with love for Ikea furniture and a terrible case of insomnia. After randomly crossing paths with a charismatic soap salesman named Tyler Durden (Pitt), the inspector’s life is changed forever. Together the men form an underground fight club with strict rules—the first of which, in the movie’s signature line, is to “never talk about fight club.” A mind-bending ending reveals that things aren’t quite what they seem between the two men (no spoilers here, folks). Suffice it to say that, over two decades later, the David Finch-directed film is now considered a cult classic.

If you want to channel your inner Tyler Durden, the Far Afield “POP” Stachio short sleeve shirt is an online exclusive for the brand, and can now be purchased in sizes small to XXL. According to Far Afield, the shirts are true to size and all US orders over $250 include free shipping.

Boat of the Week: Inside the Gorgeous 280-Foot Superyacht Jennifer Lopez and Ben Affleck Just Made Famous