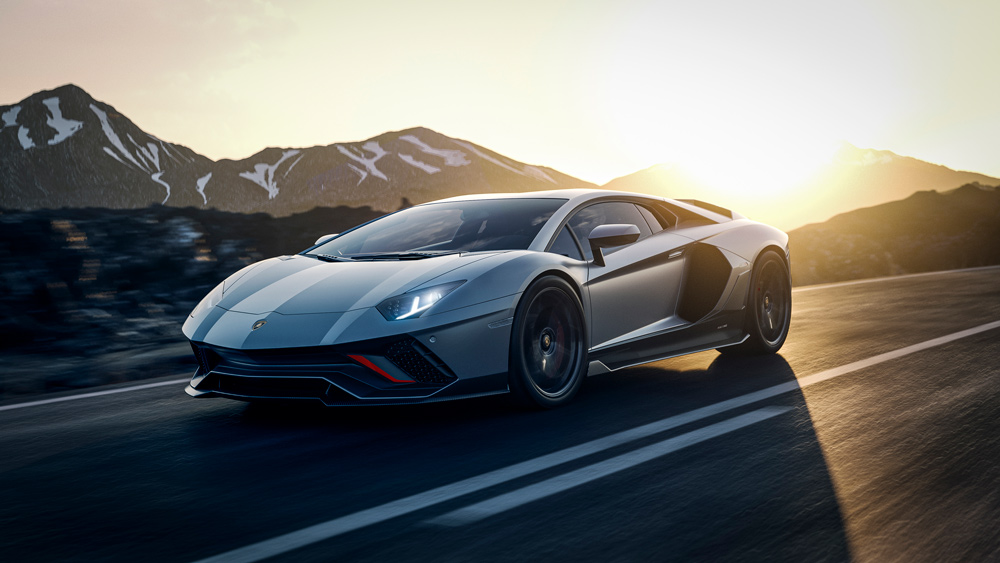 A cacophony to some and symphony to others, the unmistakable bellow of a 12-cylinder engine has long been the auditory signature of Italian sports cars, especially those wearing the Raging Bull badge. “When I miss the sound and the fury, I take refuge in my garage and turn the key in the ignition of my Miura,” once stated Ferruccio Lamborghini of his V-12-powered supercar from the late 1960s. His namesake marque has continued the legacy of the V-12 mill even as others transition to smaller, turbocharged power plants, but those days are now numbered. This morning, Automobili Lamborghini announced the last of its flagship model to rely purely on a naturally aspirated V-12—the Lamborghini Aventador LP 780-4 Ultimae. 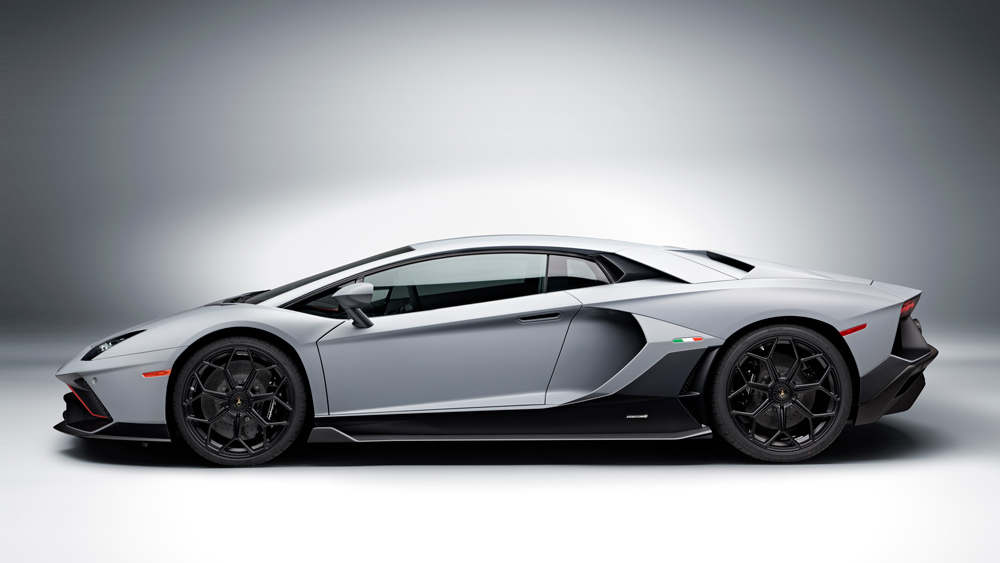 The coupe version of the Aventador LP 780-4 Ultimae will comprise 350 examples.  Photo by Diego Vigarani, courtesy of Automobili Lamborghini S.p.A.

“The Aventador LP 780-4 denotes the final, purest, timeless naturally aspirated production V12 Lamborghini,” noted Stephan Winkelmann, Automobili Lamborghini’s president and CEO, in the official statement. “It delivers the essential 12-cylinder experience in terms of inimitable design, engineering solutions and the most emotive drive experience, and is the definitive Aventador concluding an extraordinary era.” 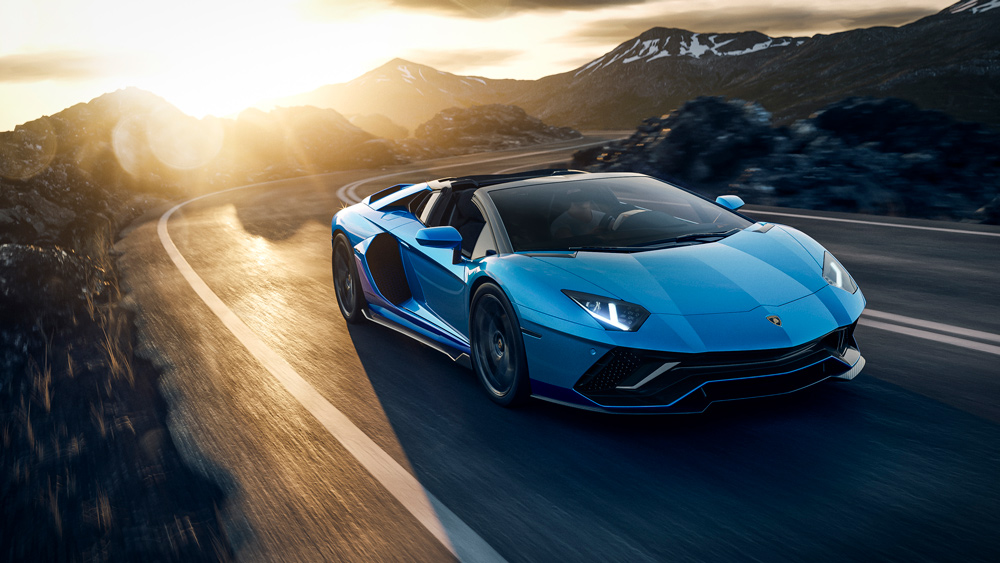 Revealed in 2011, the Aventador replaced the Murciélago as the banner model from Sant’Agata Bolognese. Later variants included the 740 hp Aventador S, introduced in 2016, and the 770 hp Aventador SVJ that arrived two years later. The latter, whose appellation refers to Superveloce Jota and pays homage to Lamborghini’s development efforts for motorsport in the early 1970s, set the production-car lap record on Germany’s Nürburgring circuit at the time. The new Aventador, presented in both coupe and roadster variations, is touted to be a combination of its most recent predecessors, pairing the raw power of the SVJ with the handling and styling of the S version. 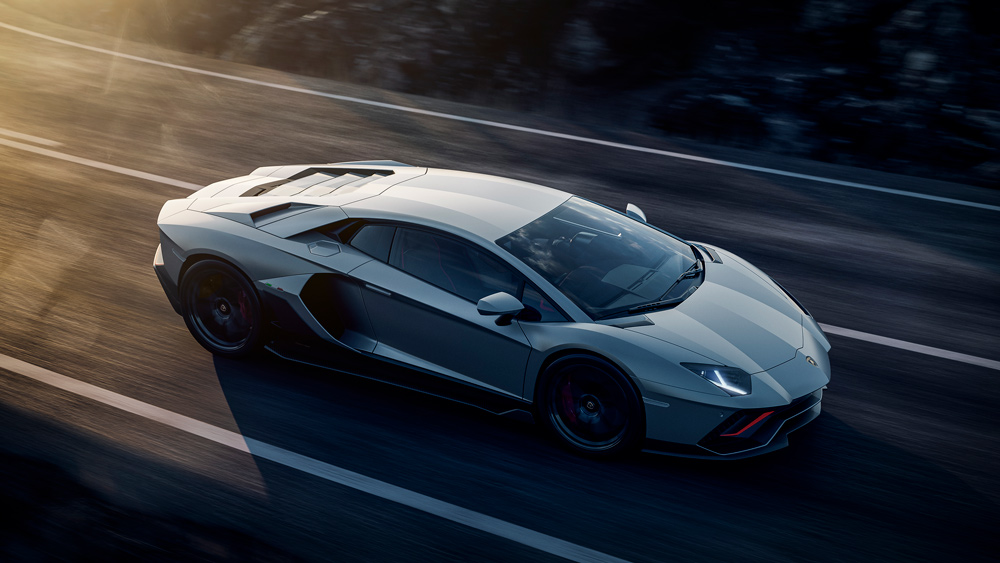 The supercar covers zero to 62 mph in 2.8 seconds and tops out at 220.5 mph.  Photo by Lean Design GmbH, courtesy of Automobili Lamborghini S.p.A.

The LP 780-4 nomenclature is derived from the car’s engine placement, “Longitudinale Posteriore” (positioned longitudinally), the output of 780 cv (nearly 770 hp) and its permanent four-wheel-drive setup. With 531 ft lbs of torque, the 6.5-liter heart is managed by the automaker’s Independent Shifting Rod (ISR) seven-speed transmission. The power-train configuration, complemented by the supercar’s carbon-fiber monocoque construction and use of carbon fiber throughout the body, allows the 3,417-pound (dry weight) coupe to top out at 220.5 mph after charging from zero to 62 mph in 2.8 seconds. And the vehicle’s carbon-ceramic brakes bring it to a stop from 62 mph in less than 98.5 feet. 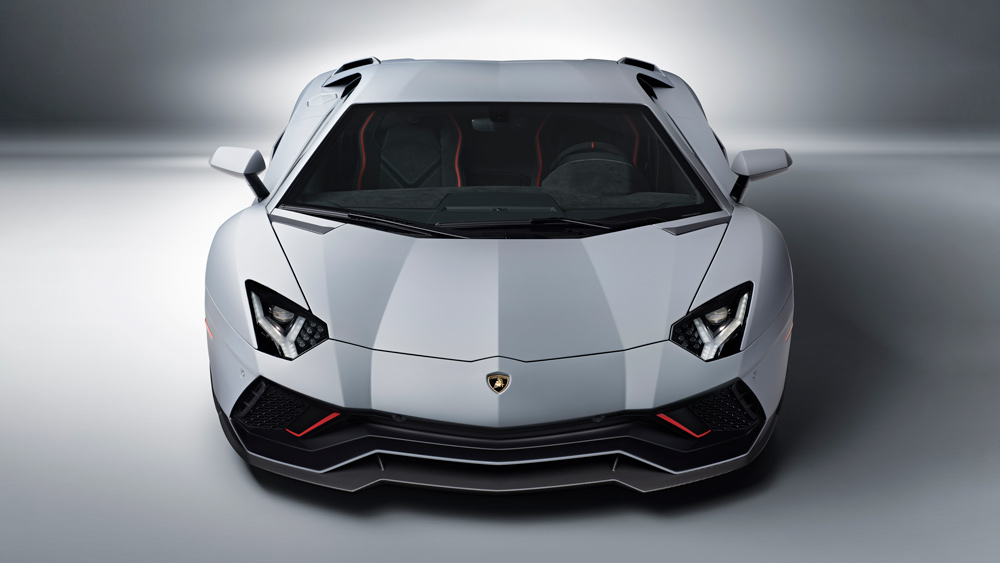 When it comes to the Aventador Ultimae’s athleticism, especially when cornering, the front axle’s Lamborghini Dynamic Steering system automatically adjusts the steering ratio as needed and works in concert with the back axle’s active rear-wheel steering, all translating to nimbler handling at slower speeds and greater stability when stamping the throttle. As with past iterations of the model, all of the drive-assist electronics are controlled by the Lamborghini Dinamica Veicolo Attiva (LDVA) system that factors in real-time data from its numerous sensors to constantly optimize settings. 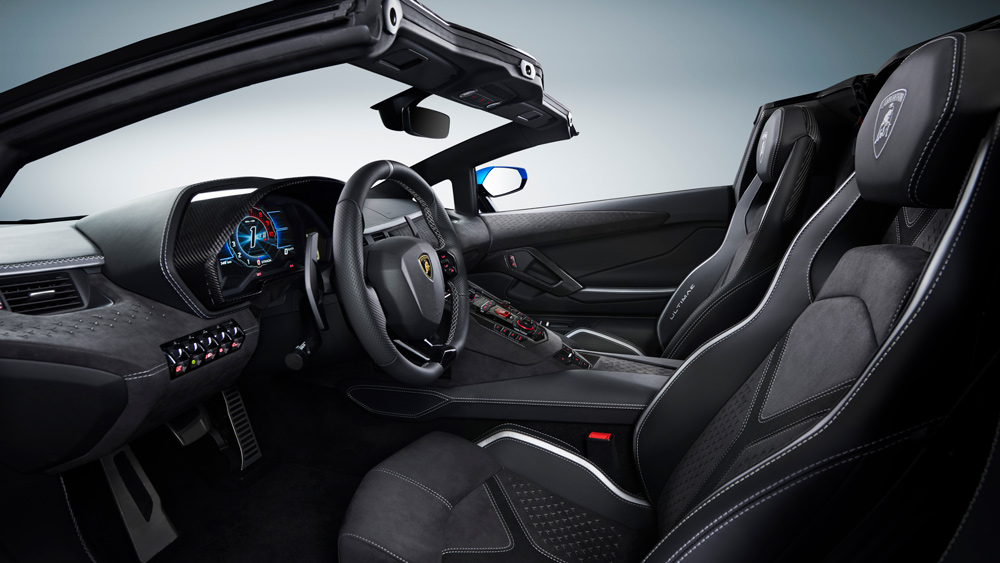 The interior features a digital dashboard, a voice-activated infotainment system and the option of telemetry functionality.  Photo by Diego Vigarani, courtesy of Automobili Lamborghini S.p.A.

As far as aerodynamic improvements, the front bumper and splitter increase downforce and improve airflow for cooling, respectively. The active-aero rear wing offers three positions of adjustment dependent on the traction, suspension and steering selections, which are determined with the usual Strada, Sport, Corsa and customizable Ego drive modes.

For now, few specific have been given on any interior enhancements, but the Ultimae does have the Aventador’s digital dashboard display tailored to preference, an infotainment system that can be voice-activated and the option of telemetry functionality for track use. 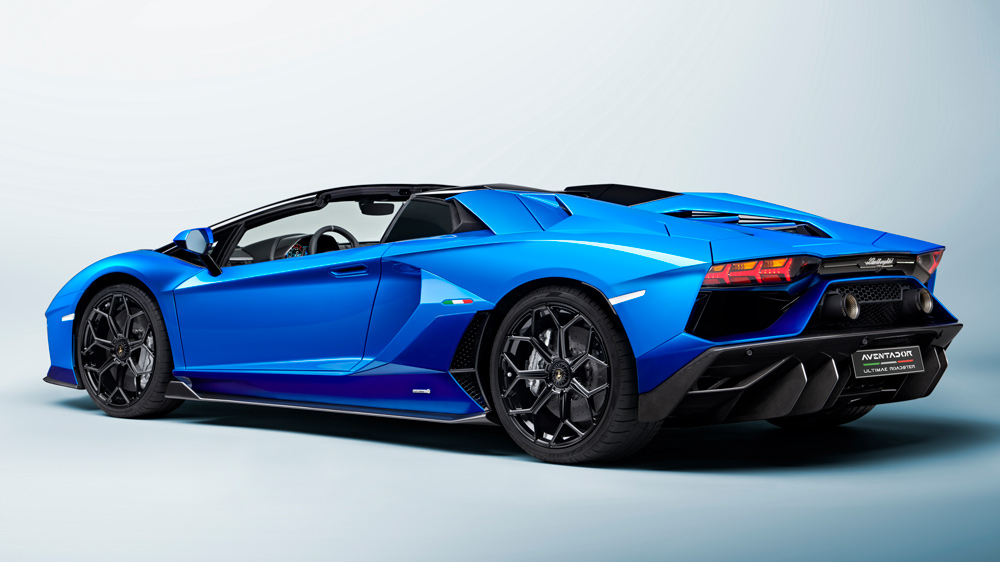 There will be 250 examples of the Lamborghini Aventador LP 780-4 Ultimae Roadster.  Photo by Diego Vigarani, courtesy of Automobili Lamborghini S.p.A.

Although pricing and delivery dates have yet to be announced, a total of 350 coupes and 250 roadsters are planned to comprise the 2022 Lamborghini Aventador LP 780-4 Ultimae’s production. And with 18 standard paint options and another 300 color choices available through the bespoke Ad Personam division, owners can further fine tune their own swan song to Ferruccio’s beloved “sound and fury.”

A One-of-a-Kind Ferrari LaFerrari Coupe Could Fetch up to $3.4 Million at Auction