In need of a new performance wagon to lust after? Genesis has you covered.

The South Korean luxury marque unveiled the latest addition to its lineup on Wednesday, the G70 Shooting Brake. There’s only one problem we have with the company’s latest model—like so many other wagons, it’s a European exclusive.

We’ve been impressed by Genesis’s offerings in the past, but the G70 Shooting Brake is its most intriguing of late. Based on the updated 2022 G70, the wagon looks almost identical to the sport sedan from the front, with a prominent grille winged by split lights. Once you get to the C-pillar, though, the two designs diverge dramatically. The roof of the Shooting Brake extends to the rear of the car, tapering ever so slightly into a tailgate with an integrated spoiler. (One slight quirk: the “Shooting Brake” name is traditionally reserved for vehicles with two doors, but the wagon has four, just like the sedan.) 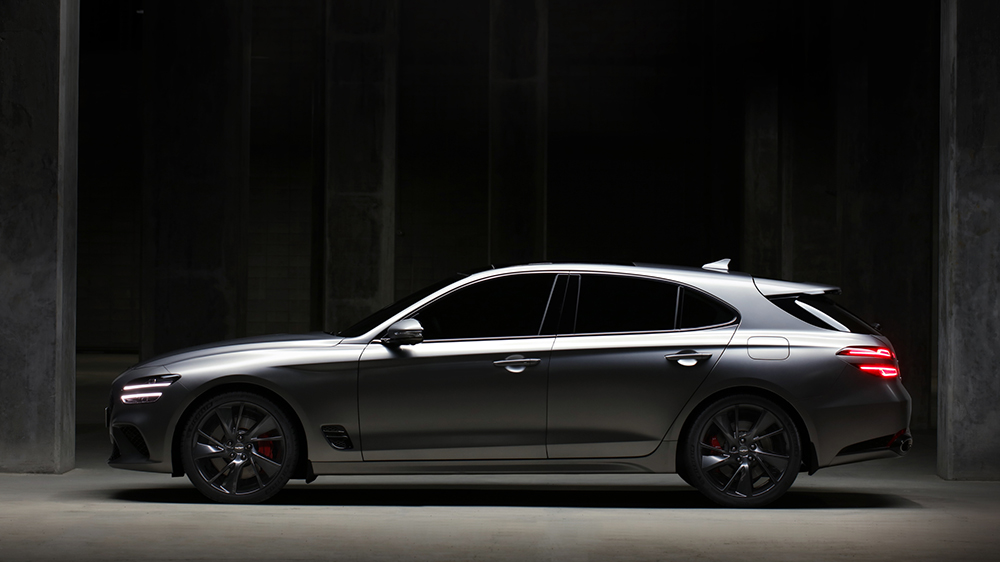 Despite the drastic design change, the two G70s have the same foot print, measuring 15.4 feet from bumper to bumper. There is 40 percent more cargo room inside the Shooting Brake, though, and Genesis says the rear seats can be folded down for even more storage flexibility. The front of the cabin, like the front of the exterior, is identical to that of the G70 sedan, and features a fighter jet-style cockpit and a 10.25-inch infotainment screen in the center of the dash.

Genesis hasn’t announced engine option for the G70 Shooting Brake, but based on the rest of the vehicle, we expect they’ll be similar to those offered for the sedan. That would mean a 2.0-liter inline four that can produce 252 horsepower and 260 ft lbs of torque or an even more capable 3.3-liter V-6 that churns out 365 horses and 376 ft lbs of twist. Because the car is aimed at European market, a diesel option wouldn’t be much of a surprise either. 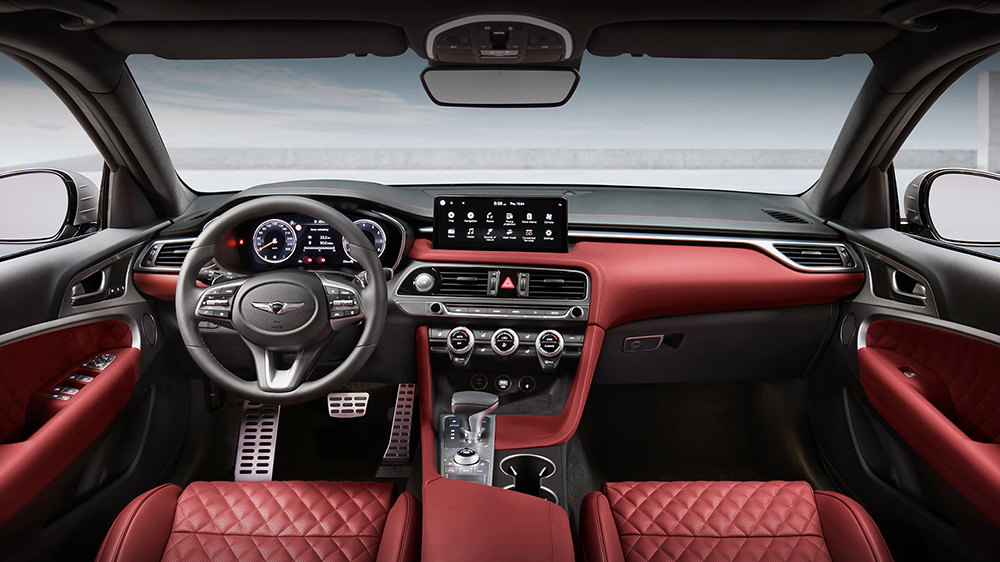 Inside the G70 Shooting Brake  Genesis

The G70 Shooting Brake is scheduled to arrive in Europe this summer, according to the automaker. Unfortunately, as of right now, there appear to be no plans to bring it to our side of the Atlantic. Still, no one expected Audi to import the RS 6 Avant, so maybe there’s hope for us yet.