Memories of your next Mount Everest climb may soon look at lot sharper—that is, if GoPro has anything to say about it.

On Friday, the adventure camera company released its most powerful model yet. Dubbed the Hero10 Black, the camera runs on a GP2 processor, a new chip designed to deliver faster and smoother performance. According to the company, the speedy new device captures video in 5.3k resolution, which is 93 percent sharper than 4k models—and at double the frame rate. And it can grab hi-res 19.6MP frames from videos and capture still images at 23MP.

But the genius of the Hero10 Black may lie in a host of tech enhancements designed keep your videos clear despite any movements (like when you’re scaling a treacherous mountain). Thanks to GoPro’s HyperSmooth 4.0 tech, the camera promises to provide advanced stabilization with increased horizon leveling from 27- to 45-degree angles. It also has enhanced low-light capabilities for the darker moments of your adventure. 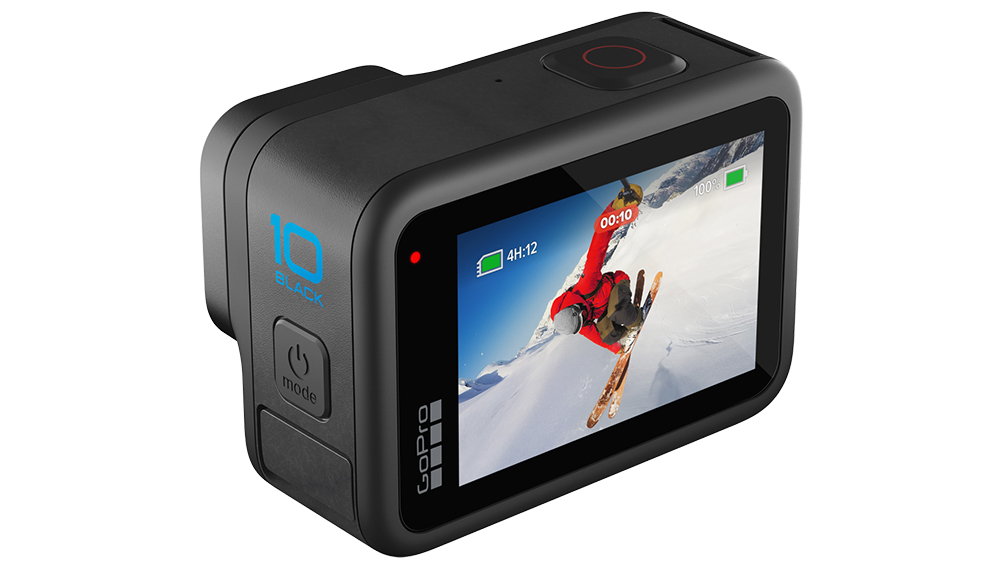 A close-up look at the Hero10 Black’s rear LED screen and controls.  GoPro

As you would expect from any GoPro, the Hero10 Black can live stream directly in 1080p. Time-lapses are also a snap with GoPro’s TimeWarp 3.0 and night lapse features. Videos can be recorded in slow motion, at speeds up to eight times slower than in the actual moment, with an improved 2.7k resolution. To make the 71 mm x 55 mm camera easy to control, it features a shutter button, status light, 23.6MP sensor, microphone and folding fingers below.

The company has also taken steps to ensure that you’ll never lose your footage or run out of memory. With a subscription to GoPro, users can quickly upload content from the Hero10 to the cloud with additional edit and backup functions. Captured pictures and videos can be uploaded wirelessly via the Quik app, with a USB connection, or while the device is connected to its charger.

The Hero10 Black is now available to adventurers for $499, but with a one-year GoPro subscription, the company takes a little over $100 off the price. If you’d like your camera tricked out with all possible options—a spare battery, 32GB SD cars, a camera case, a shorty and a magnetic swivel clip—it’ll run you $549.99 ($449.98 with the subscription). Either way, not a bad price to pay for memories that may be, well, priceless.

Forget Pools and Cinemas: Artful Wine Cellars Are the Latest Must for Yacht Owners