Gardy St. Fleur is in his Brooklyn office, where the shelves are crammed with monographs, exhibition catalogs and rare books and the walls are almost as crowded with artworks. His personal collection, several hundred strong, serves a bigger purpose than feeding his soul: It’s an important signal to his clientele, which includes many pro athletes. “When people come over,” he says, “they’re like, ‘Oh, you really live with art!’ ”

Born in Haiti, St. Fleur grew up in East Flatbush, Brooklyn, the second of four brothers (the third is his identical twin). Their father treasured his Haitian art, and St. Fleur began buying pieces at 14. As a teen, he also hung around the city’s basketball courts and pictured himself becoming a sports agent or a music executive. In his 20s, with the help of a credit card from his mother, he started a business dealing limited-edition sneakers well before the current craze took off. But after his warehouse was robbed, he decided to change careers. 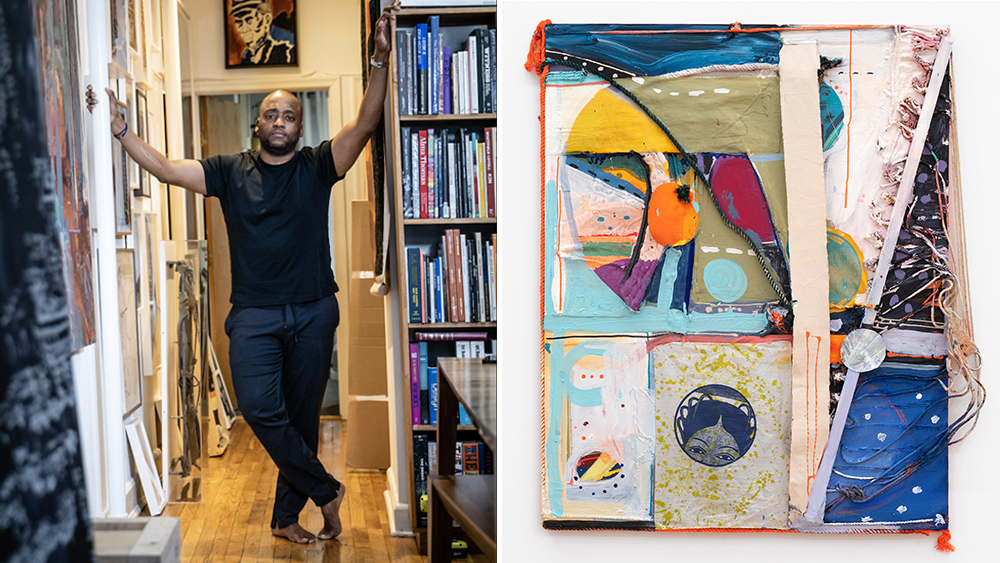 From left to right: Gardy St. Fleur at home in Brooklyn, NY; Rachel Eulena Williams, Over the Eyes, 2020  Mark Mann; Courtesy of the Artist and Canada Gallery

By then he had befriended artists and was gravitating more to their world. When he struck out trying to land a position at a gallery, the artist William Villalongo hired him as his studio manager. He followed that job with one in business development at Christie’s Collectrium, a tech company for art-collection management, but the real breakthrough came when Villalongo introduced him to Peggy Cooper Cafritz, the late Washington, D.C., art doyenne, who became St. Fleur’s first private client. “Peggy wanted me to find great emerging artists of color for her,” he says, citing Eric Mack and Tschabalala Self as two examples.

After that gig, St. Fleur, not being well-connected in the traditional sense, decided he could create opportunity by developing a new category of collector: pro athletes, who have ample disposable income and are uniquely intertwined with the culture. “But I wasn’t interested in just selling basketball players art,” he says. “I was more interested in taking them on a journey with me. Money doesn’t make you a great art collector. It’s knowledge. It’s education, traveling, exhibitions, studio visits. It’s important to me for someone to understand what they’re buying.”

St. Fleur tapped into his network of sports-agent friends and then, devising what he calls “the process,” sent players art books and took them to artists’ studios to “create a space where it was comfortable for them to ask questions” and not feel intimidated.

Three-time NBA All-Star Deron Williams was an early client serious about building a collection, not just decorating his Tribeca pad, according to St. Fleur, who brought him to Nathaniel Mary Quinn’s studio. Quinn, acclaimed for his collage-style portraits, grew up in Chicago’s notorious Robert Taylor Homes; Williams had played for the University of Illinois. “They automatically felt a connection because Deron knows that project, knows how rough that space was,” St. Fleur says. “To see that connection was like, wow, amazing. I don’t think you get that going to a museum or gallery. He was like, ‘I love not only the work but you as a person.’ The conversation becomes part of the collecting.” 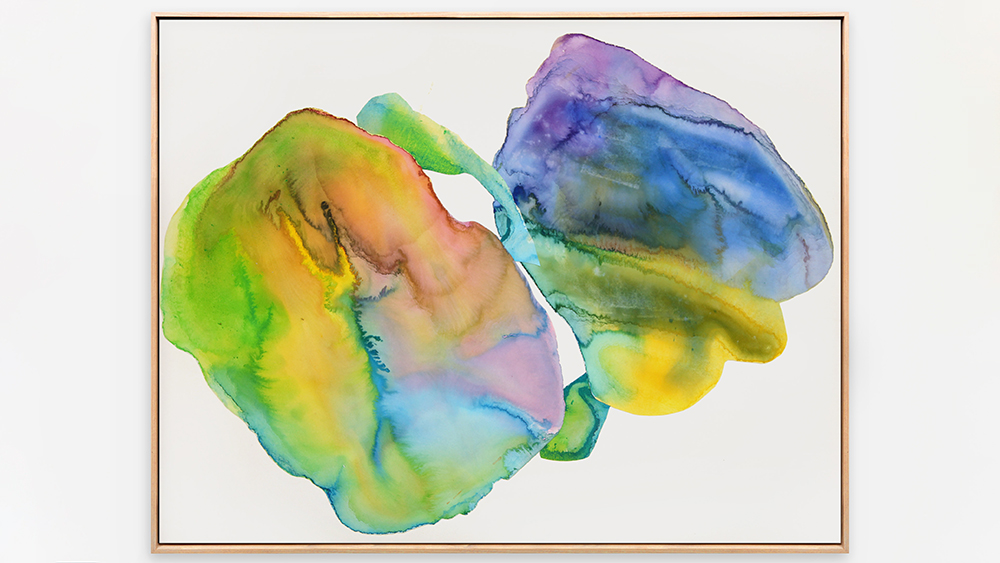 St. Fleur’s clients, who also include Kyrie Irving, Ronnie Price and American Ballet Theatre principal dancer Misty Copeland as well as non-athletes, vary in their focus, with some committed to Black artists and others acquiring pieces more broadly. With many, he says, tastes evolve with confidence. “Figurative work is easier to understand,” he says. “How do you get the client to understand the more abstract, minimalist or conceptual work? That’s a training process as well.”

And when the acolyte comes to appreciate the same art as the instructor? “My clients always get the big work, and I get the Mini-Me,” St. Fleur says with a laugh.

His immediate aim may be building athletes’ collections “with purpose,” but St. Fleur knows where the power lies: museum boards. “That’s the biggest goal,” he says. “Real change in society and culture will come from being involved in these boards. The mission is to diversify the board.”