How to Make a Japanese Whisky Highball, a Refreshing Cocktail Where Every Detail Matters

Here’s one way to make a Japanese Whisky Highball:

Select a tall 8-to-10-oz. glass, with a narrow mouth. From a block of pure, dense ice (either made yourself or purchased from a local ice store), carefully cut a butter-shaped block no taller than the glass itself and about a third of the volume. Stir that ice alone in the glass until the sides begin to turn opaque with chill. Strain out the melt water. Add 1.5 oz. of Japanese Whisky, stir clockwise 13.5 times. Gently add 6 oz. mineral water down the sides to fill the glass, then stir (yes, again clockwise) 3.5 more times, and gently remove your spoon, taking care to draw up the whiskey into the water without any unnecessary jostling of the ice or glass. Express a lemon peel over the top and discard.

Here’s another way to make a Japanese Whisky Highball:

Purchase a can of Japanese Whisky Highball. Open it with your index finger.

Now—which is more correct? To those of us in America, especially those of us who look upon Japanese craftsmanship with a respect that borders on reverence, the former (known as Mizuwari) feels more right. It is indeed still done in Japan, though not very often. The latter is done too, much more frequently, and these 12-oz. cans are available at the country’s abundant 7/11s (which are much better than the American outlets, I assure you) and, famously, the occasional cocktail vending machine. Both are very Japanese, even stereotypically so. So which do the majority of the Japanese public do?

As it turns out, neither. The populace has embraced a middle path. While precision and elegance are a part of the culture, so is efficiency, and the Whisky Highball is way too popular in Japan to get precious with counting your clockwise stirs. The Whisky Highball is an after-work drink, a letting loose drink. It’s a drink of the people. It was invented to be.

“Theoretically uncomplicated,’ writes Masahiro Urushido of Highballs in his new book The Art of the Japanese Cocktail, “their very simplicity dictates that they be properly made, or they will be disappointing.” Urushido is bartender and partner at NYC’s Kitana Kitten, which sells more Toki Highballs than any bar in the world. “Everything we do when it comes to our highballs,” he says, “is to preserve the carbonation.”

This makes sense. If each ingredient in a cocktail is like an actor in a movie, then the Japanese Whisky Highball is Castaway. You could screw up a Pina Colada a little and people might not notice, but in the Highball, there’s nowhere to hide. “It is all about the temperature, ice and carbonation,” Urushido instructs. Most bartenders in Japan don’t do the 13.5 rotations thing, but that doesn’t mean they don’t care about the process. They’ve just found a better way though innovation and iteration, a way to adopt the things that matter and jettison the things that don’t.

Order a vodka soda and you open yourself up to accusations of basicness, while the Japanese Highball—just a whiskey soda—seems cool and refined. Is it a double standard? Eh, kinda. When writing about cocktails, Urushido evokes the concept of kaizen, which roughly means “continuous improvement,” a core concept in Japanese craftsmanship. Have a whisky highball his way, the Japanese way, and double standard begins to make more sense.

Make sure all ingredients and tools are as cold as possible. Add ice to a tall narrow glass pulled from the freezer and add chilled whisky. Gently pour soda water down the side of the glass. Stir minimally, to combine ingredients but to agitate the bubbles as little as possible. Express a lemon peel over the top and discard. 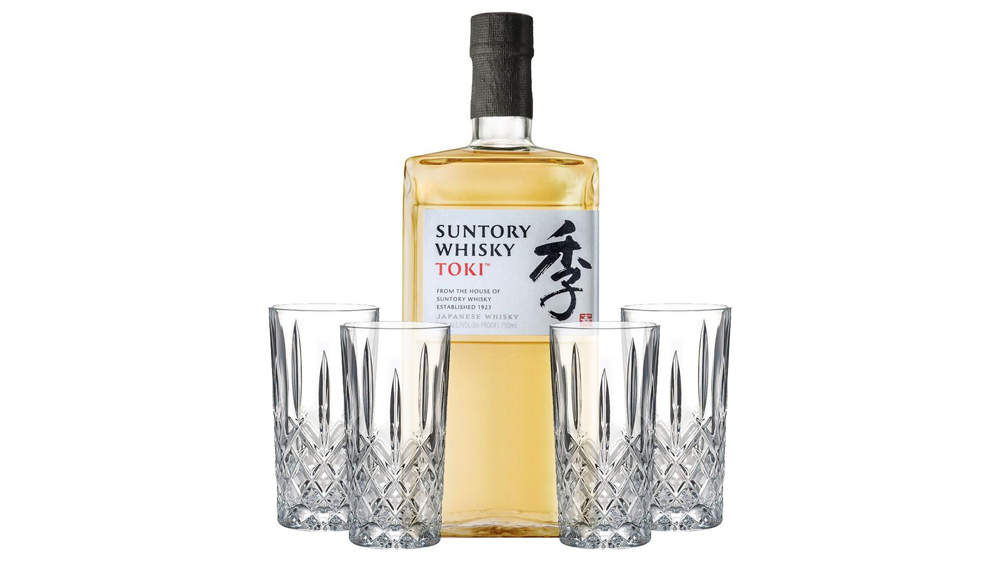 Carbonation: I’m taking this separate from the water because carbonation itself is a crucial ingredient here and what you need to know is that everything should be as cold as possible. Have you ever opened a room temperature Coca-Cola and had it foam like a demon? Or opened a bottle of Champagne before it was fully chilled and the cork fires off the second you remove the cage? It’s because carbonation wants to be cold; the warmer it is, the faster the bubbles leave. Freeze the glass, freeze the whisky, refrigerate the soda water, all of it. Cold cold cold.

Japanese Whisky: It’s rare to find this level of consensus in the bar world, but look wherever you like for the recommended whisky for Highballs, and you’ll find Suntory Toki pretty much every time. It’s mild but persistent flavor is, as mentioned, specifically made for Highballs, and it’s perfect in this application, in addition to being widely available and relatively inexpensive. Also, I highly recommend keeping the bottle in the freezer if you plan to make highballs. The colder it is, the more bubbles you’ll retain.

Glassware: Cold temperature and a clean glass is much more important than glass shape. That being said, the reason you drink Champagne from flutes instead of coupes is that reduced surface area holds the bubbles for longer (supposedly), so if you can, grab a tall, thin glass. At Kitana Kitten, they use a 12oz stein with a handle, to keep your annoyingly endothermic human hands from warming the glass and therefore the cocktail itself. If you can do this, great, but if not, obviously don’t worry about it. Keeping the glass in the freezer before using it is more impactful.

Soda, Seltzer or Mineral Water: I could write a whole article about the difference among these waters, but briefly: Soda traditionally has a bit of sodium in it, seltzer traditionally does not and Mineral Waters have more dissolved minerals like sodium, potassium, magnesium and calcium. It doesn’t much matter which you use here as long as you enjoy the taste.

What is important, however, is the quantity of carbonation. I realize I’ve said this already, but you want big, ripping carbonation. You want it robust. Painful to hold in your mouth. That means the weakly carbonated San Pellegrino and Perrier are unacceptable for cocktail work. The gold standard is Q Soda. It’s saltier than almost every other water out there—a little much on its own, but makes flavors pop in cocktails. It’s also something like between $6 to $10 per liter, depending on where you get it, so while I do think Q is the best, honestly most of the time I’ll either get Topo Chico or the cans of supermarket-brand soda water, which work well in a pinch.

Ice: If you had access to perfectly clear ultra-dense ice, it would obviously be ideal, but you probably don’t. Basically, the bigger the ice, the less surface area, the fewer nucleation points, the more carbonation. Use the biggest ice you have that will fit in the glass.

Garnish: Expressing the oils from a lemon peel over the top of the drink is delicious, and will give the whole project a bright aroma and taste. Dropping the peel into the drink will add more delicious oils, but it will do so at the expense of some carbonation. Some things are worth the trade-off. You do you.

A Jewel Thief Stole $5.8 Million in Diamonds Using a Worthless Bag of Pebbles