How to Make a Sazerac, the Rye Cocktail That Might Just Replace Your Old Fashioned

One of the stranger little side alleys of booze history is that in order to tell the story of the Sazerac—that most New Orleans of cocktails, essentially an Old Fashioned wearing a beret—you first need to talk about a pale-yellow aphid called phylloxera, which found its way to France about 150 years ago and proceeded to eviscerate the French wine industry

Phylloxera lives in the soil and spends its time sucking on the roots of grape vines, which, as it turns out, is a fairly effective way to kill them. At first, farmers didn’t know what was affecting the vines, and could merely witness—concern turning to fear, which then turned to abject panic and horror—as entire fields began to wither and die. It is difficult to overstate the near apocalyptic experience for winemakers, watching waves of destruction slowly roll through their villages and regions. They tried everything—building walls, quarantining or burning afflicted fields, recruiting armies of chickens and toads to eat all the insects—all to no avail. The first case was recorded in the Languedoc, in 1863. By the 1900s, some 70 percent of all vines in France were dead.

What does this have to do with the Sazerac? Because before it was a cocktail, Sazerac was a brand of cognac—Sazerac du Forge et Fils—which is also made from French vines, and also suffered terribly in the blight. It had been so popular in New Orleans before then that a tavern keeper named his bar the Sazerac House around 1850 and served, as legend goes, a house cocktail containing the eponymous cognac, some French absinthe, a touch of sugar, and bitters from a local apothecary, Antoine Peychaud.

The history is a little murky here, but we know that in the late 1800s, the supply of cognac was drying up and whiskey was establishing itself as America’s favorite spirit. How long the Sazerac was a cognac drink before it switched to become a rye whiskey drink is neither clear nor, honestly, all that important. The only important note is that everyone agreed both then and now that the whiskey must be rye. “While bourbon may do for a julep,” wrote Stanley Clisby Arthur, in his 1937 book Famous New Orleans Cocktails and how to mix ‘em, “it just won’t do for a real Sazerac.”

It’s sometimes claimed that the Sazerac is the original cocktail. This is profoundly untrue—that honor goes to something simply called the “Cock-tail,” what we now know as an Old Fashioned, which predates all of this by at least 50 years. But to merely dismiss the Sazerac as yet another Old Fashioned variation is to miss its charms. The Peychaud’s Bitters, all cherry and anise as opposed to Angostura Bitters’ cinnamon and clove, combines with the herbal pop of absinthe and the spicy backbone of the rye to create something wholly new. Served as it is without ice, the herbaceousness transforms as it warms, evolving contemplatively in your glass.

The Sazerac will never be the most popular drink. There’s one too many weird choices. Absinthe is polarizing, you need special bitters, plus it’s served without ice or garnish. It’s too esoteric to ever make it really big, and the Old Fashioned is always right beside it, ready to embrace any drinker unsure about this little Creole curiosity. What Sazerac fans lack in numbers, however, they more than make up for with enthusiasm. The Sazerac is the connoisseur’s choice, like saying George is the best Beatle, or that your favorite late night talk show host is Graham Norton. It’s got the kind of unassailable coolness of something excellent but undervalued. If a Sazerac drinker gave you a sip of theirs to try and you didn’t like it, they’d just shrug, with a dispassionate confidence that says something like “that’s ok, maybe you’ll get there someday.”

Take a rocks glass and either chill it in the freezer or with ice water. While it gets cold, in a separate mixing glass, combine liquid ingredients and stir for 10 seconds (if using very small ice) to 30 seconds (if using bigger cubes). Grab your now cold rocks glass, coat the inside with absinthe and empty the excess, then strain the cocktail into the absinthe-rinsed glass. Express a lemon peel over the top and then discard, serving the cocktail without garnish. 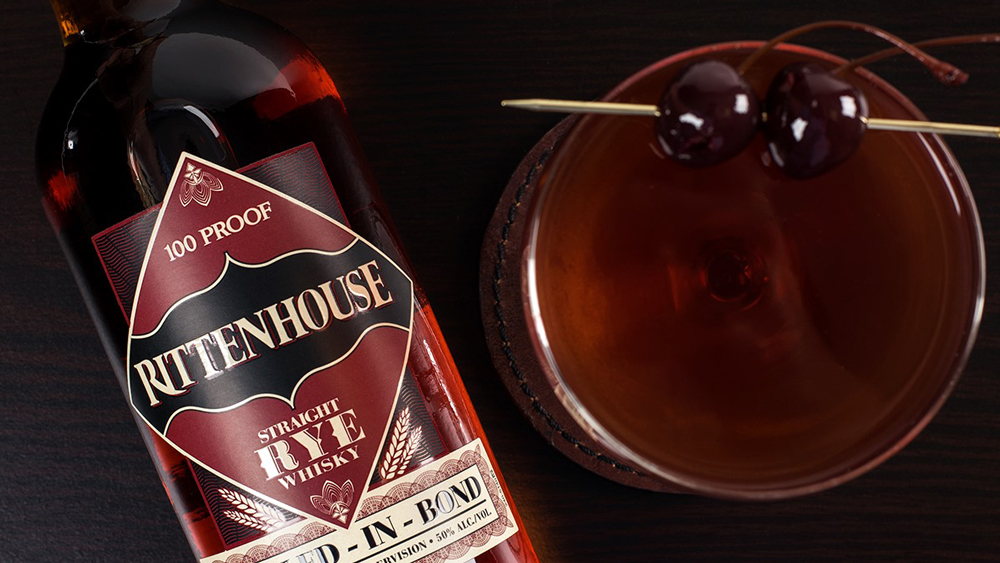 Rye Whiskey: This is good with all types of rye. My favorite version is the higher proof Kentucky-style ryes—Rittenhouse Rye, Wild Turkey 101 Rye, or Old Overholt Bonded are all solid examples. The enormous Sazerac Company makes Sazerac Rye which isn’t created specifically to be good in this drink so much as just named after it, though it is, indeed, good in this drink.

Lots of people mix Cognac and rye in this drink, which is also delicious. A proportion of cognac will soften up the edges a little, make it rounder, and feel free to test those waters if you have a mind to. Start with just 0.5 oz. cognac to 1.5 oz. of rye. The effect gets significant in a hurry.

Demerara Syrup: Demerara is the name of a river in Guyana, so Demerara sugar should be sugar that comes from the especially fertile plains of that country, but now is used to mean any sugar that hasn’t been as fully refined as white sugar—the “Sugar in the Raw” packets at Starbucks are an example. To make a syrup, mix equal amounts of Demerara or turbinado sugar and warm/hot water, and stir until the sugar dissolves.

Peychaud’s Bitters: Is inexpensive and widely available, so accept no substitutes. Lots of recipes—some from the best bars in the world—complement the Peychaud’s bitters with one or two dashes of the more spice-heavy Angostura, and I would never call that wrong, but to my palate, I prefer pure Peychaud’s. It will be brighter, with more cherry and mint. Adding Angostura makes the whole thing darker.

Absinthe: we prefer the French style here, the green “vert” one (there are some that are clear, which stylistically is more Swiss). Pernod, Absente and Vieux Pontellier are all great, but as are options not from France, like the St. George Absinthe from Alameda, or Kubler Verte, from Switzerland. I know it’s expensive, but it’s used so sparingly, most people from a single bottle can make absinthe-rinsed cocktails for the next several years.

Every week bartender Jason O’Bryan mixes his up his favorite drinks for you. Check out his past cocktail recipes.

A Jewel Thief Stole $5.8 Million in Diamonds Using a Worthless Bag of Pebbles