If Range Rover and Tesla Had a Baby, It Would Be This Stylish All-Electric Restomod

Range Rovers and Teslas generally don’t have much in common, but one Florida restoration shop aims to change that.

E.C.D. Automotive Design, which specializes in both restoring and building custom Land Rovers and Defenders, has unveiled what it says is the world’s first electric Range Rover Classic to be powered by a Tesla drivetrain.

The battery-powered brute took several months to come to fruition and E.C.D. partnered with Electric Classic Cars (ECC) for the build. The UK shop, which is adept at converting vintage cars to EVs, sourced the electric Tesla motor before E.C.D. began the painstaking process of transforming the four-wheeler.

The EV takes around 5 hours to charge.

The project took a staggering 2,200 hours to complete and involved more than 50 specialized technicians and craftsmen. E.C.D. first walked the client through the customization options and created state-of-the-art 3-D renders to illustrate the new electrified version. From here, the RRC was stripped down completely in E.C.D.’s 45,000 square-foot Rover Dome facility and rebuilt as a luxe electric SUV.

Under the hood, the new 100-kWh battery pack offers an estimated 220 miles of range and a gutsy 450 horses. This reportedly gives the EV the ability to sprint from zero to 60 mph in just 5.2 seconds. That’s almost on par with the V-8-powered 2022 Defender, which promises to reach the benchmark in 4.9 seconds.

As for the exterior, the Range Rover retains its signature utilitarian style and is finished in Alpine White gloss paint. It features silver front and rear bumpers, along with 18-inch Land Rover Boost five-spoke wheels for added oomph. 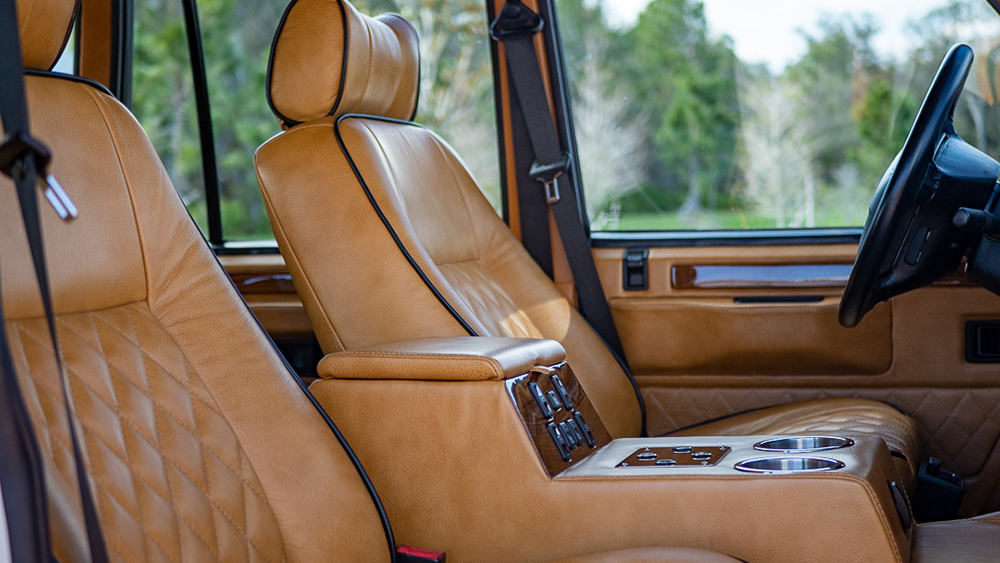 The cabin, meanwhile, artfully blends the old with the new. Charming retro touches, like the dark wood dash and tan leather seats, juxtapose with modern features such as the Alpine multimedia system, Infinity speakers and reverse cameras.

This restomod certainly seems like a sign of things to come. Jaguar Land Rover recently announced plans to become an all-electric carmaker by 2025 and Land Rover has six new EVs in the works, though we’d be surprised if they featured Tesla motors.

Check out more photos below: 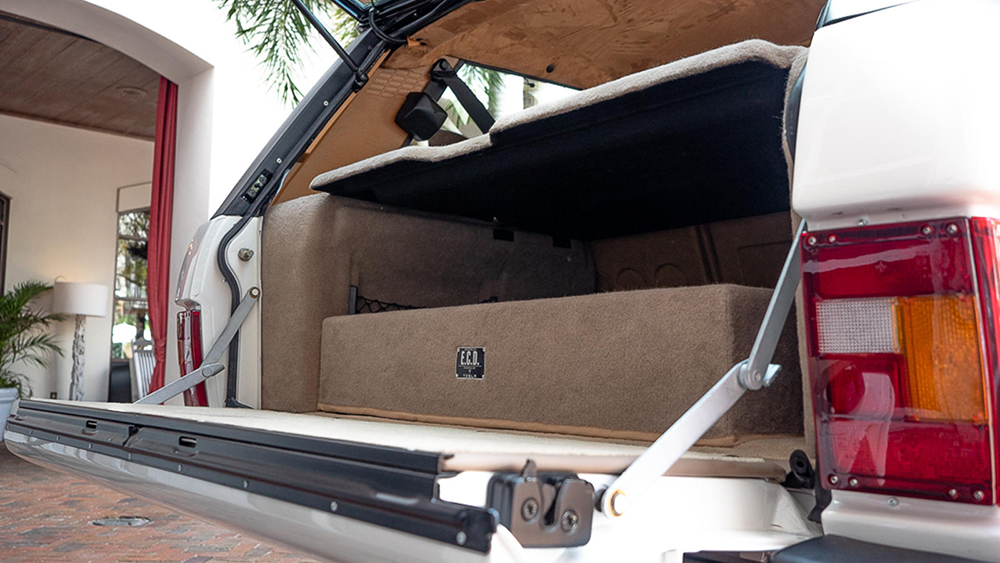 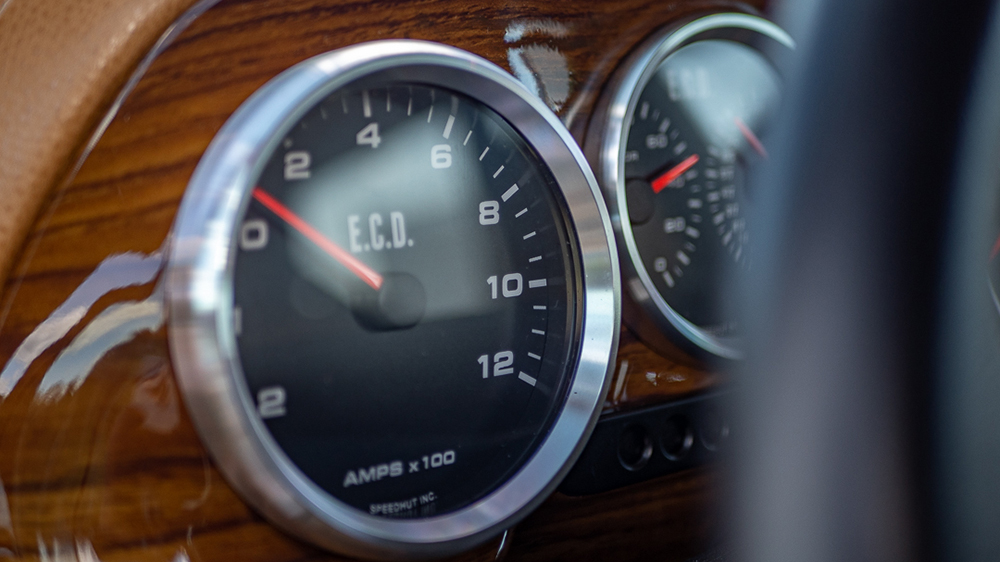 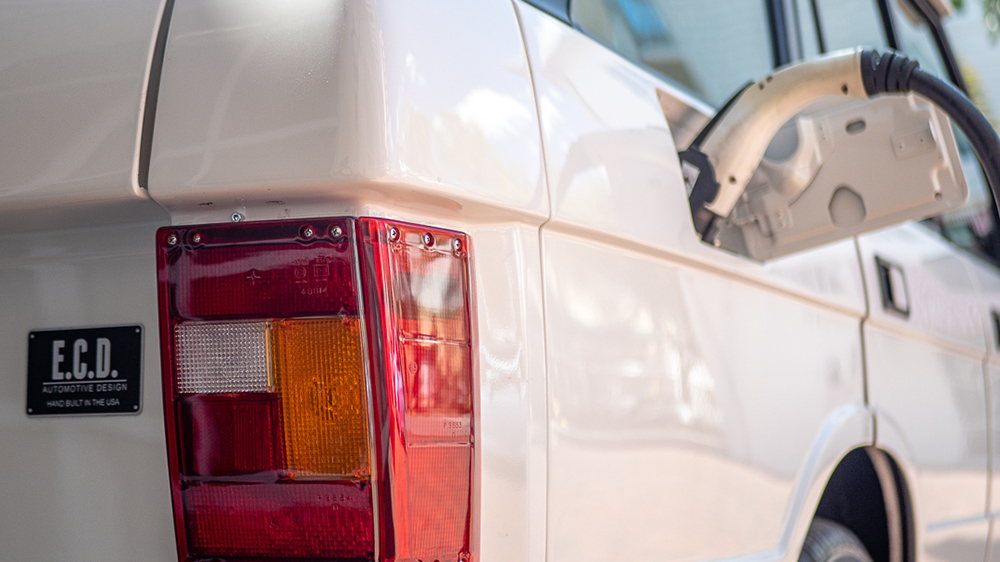 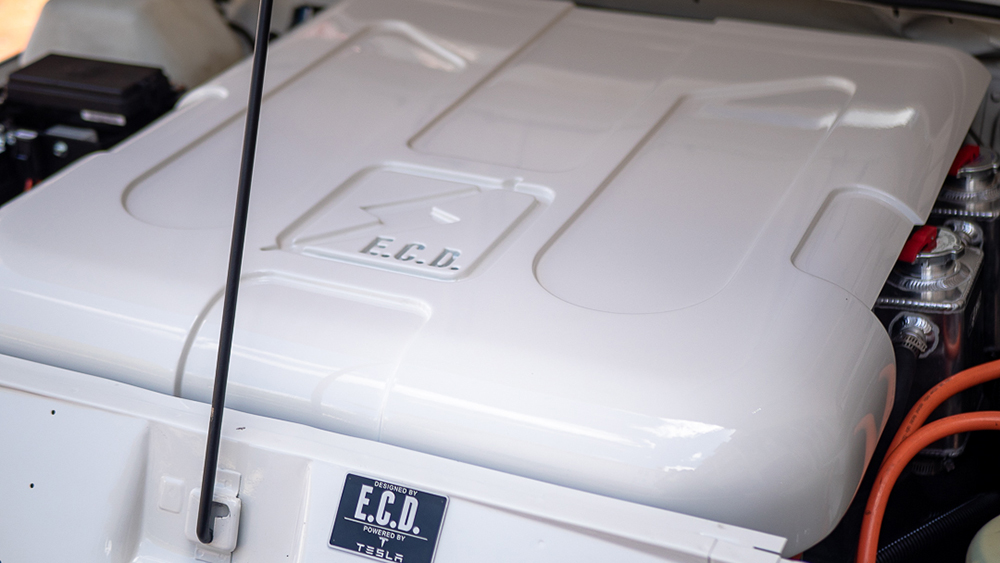 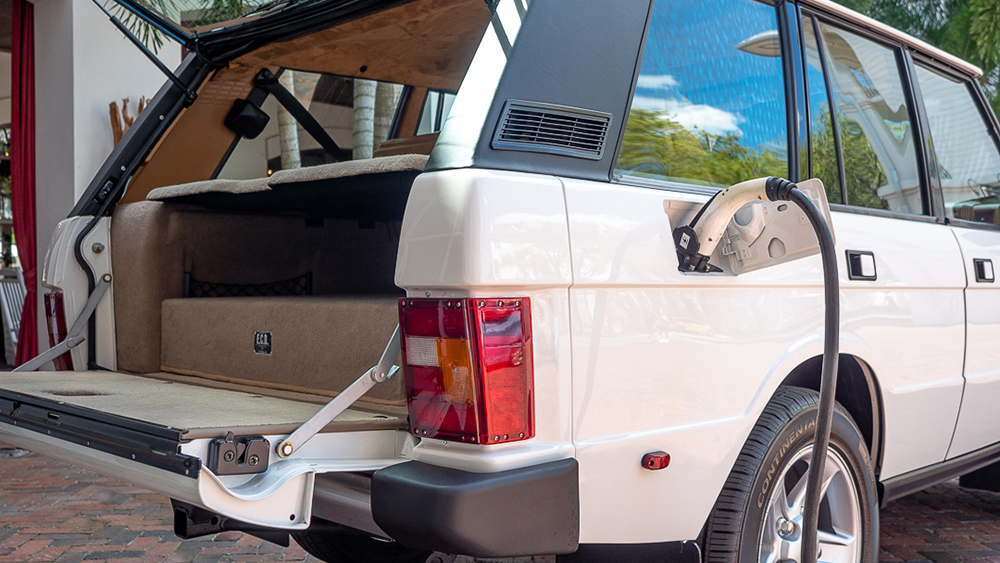 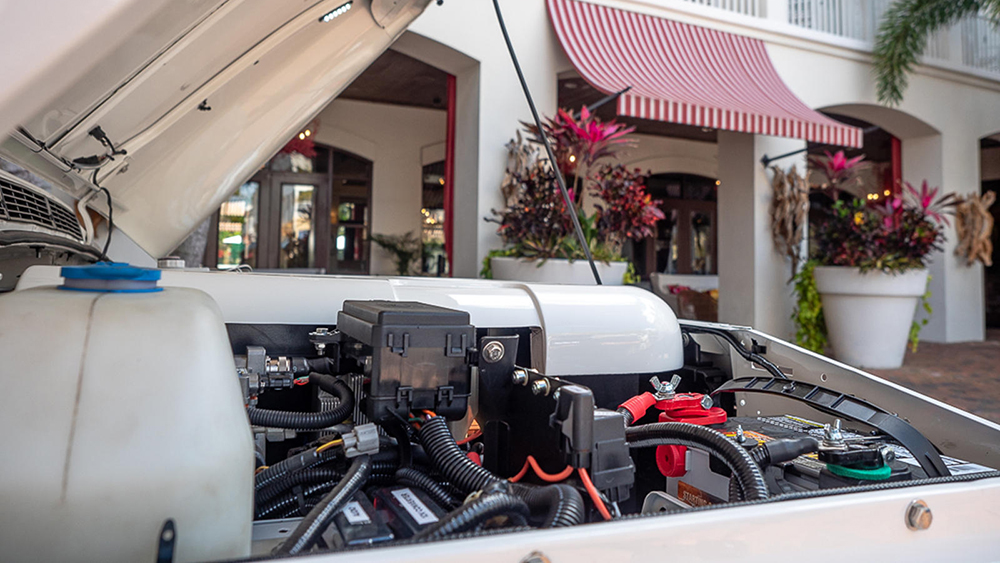