Southern California is rife with new builds, so it’s rare to find a home with old bones. Those looking for digs with a bit of history are in luck, as a residence in Holmby Hills that was originally built in 1939 was just listed. The property was designed by trailblazing architect Paul Williams, a designer whose celebrity clientele included Cary Grant and Lucille Ball and who was the first Black member of the American Institute of Architects. This particular SoCal listing is one of the largest homes that Williams ever built; it’s been updated a few times over the years to include amenities such as a movie theater and a hammam. Now it can be yours for a hefty $85 million.

The residence has quite the star-studded pedigree. It was previously owned by writer and director Sidney Sheldon, who wrote 18 novels and a handful of movies during his career, earning him the title “Mr. Blockbuster” from the Los Angeles Times. Sheldon nearly doubled the size of the original building after he inherited it. The storied estate was later bought by Max Azria, founder of women’s clothing label BCBG Max Azria. He first tried shopping the home in 2015. 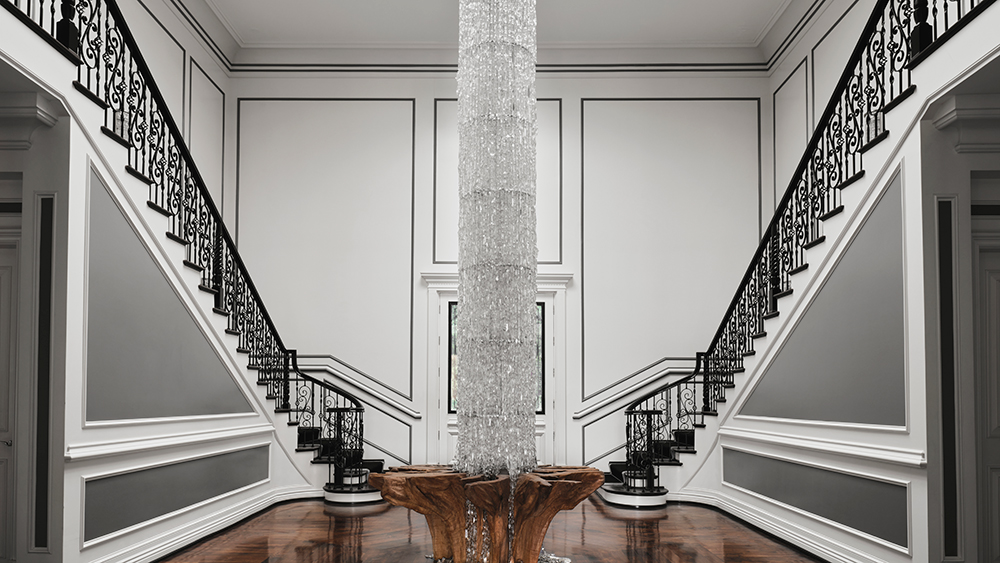 The foyer, which features a floor-to-ceiling Swarovski chandelier  Photo: Courtesy of Douglas Friedman

Its previous owners have certainly left their mark, as the Azria Estate is now a massive, 60-room compound with amenities galore. The interiors make an impression from the moment you step through the front door, where a floor-to-ceiling Swarovski chandelier all but dominates the foyer. The theme of ceiling bling continues elsewhere in the home with a silver-leaf finish in the dining room and a game room with a gold dome.

Those more contemporary additions stand in stark contrast to Williams’s original architecture. The building’s façade is a modern take on the traditional Colonial Georgian style, distinguished by its grand entrance with stately columns on either side. 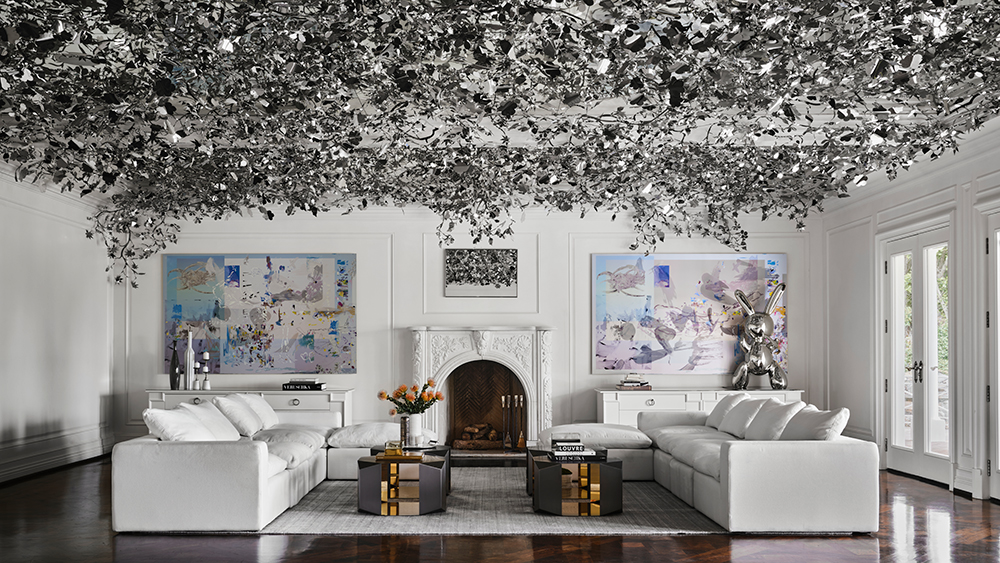 The living room has a silver-leaf ceiling.  Photo: Courtesy of Douglas Friedman

Altogether the home has 17 bedrooms and 25 bathrooms, but it’s the wide-ranging amenities that make it a real standout in the ever-competitive Los Angeles marketplace. The movie theater, for one, is housed in a separate 6,000-square-foot structure, while out on the grounds there’s a pool and tennis court. Those who want something a bit more in tune with nature can grow plants in the greenhouse or take a walk through the Japanese garden that’s already on-site.

The home sits on three acres altogether, so there’s still plenty of room to add more to the property, should the future owner so wish. It’s best suited to those who appreciate architecture, and who want to live in a piece of California’s history.

Tomer Fridman of the Fridman Group and Mick Partridge of Partridge Estates Group share the listing. Check out more photos of the Holmby Hills address below: 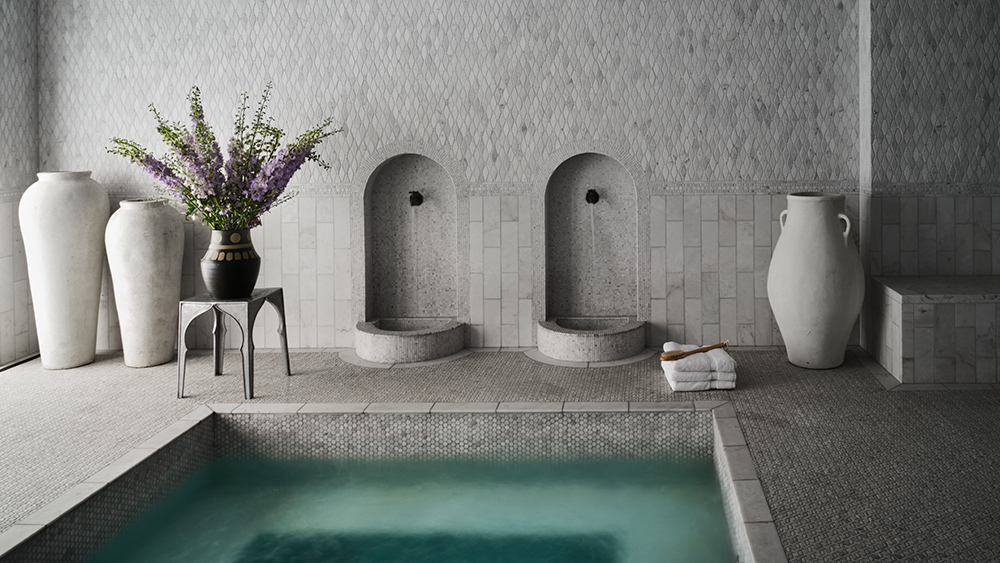 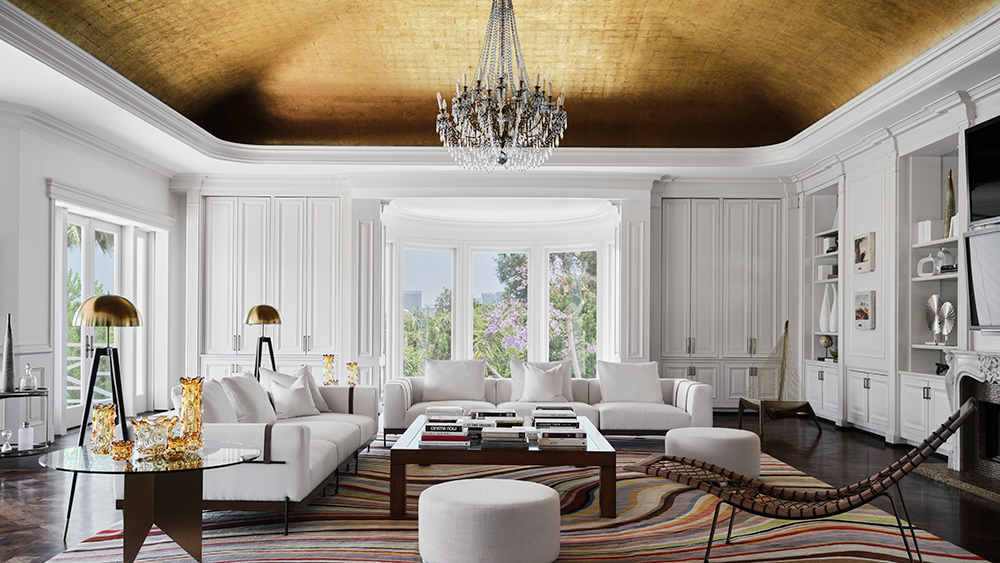 The library, which can double as a game room  Photo: Courtesy of Douglas Friedman 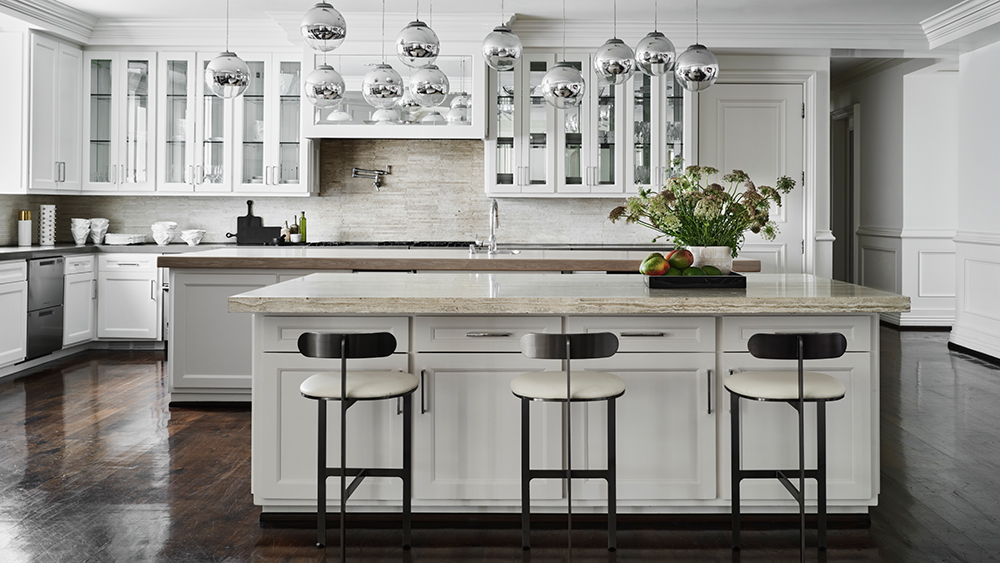 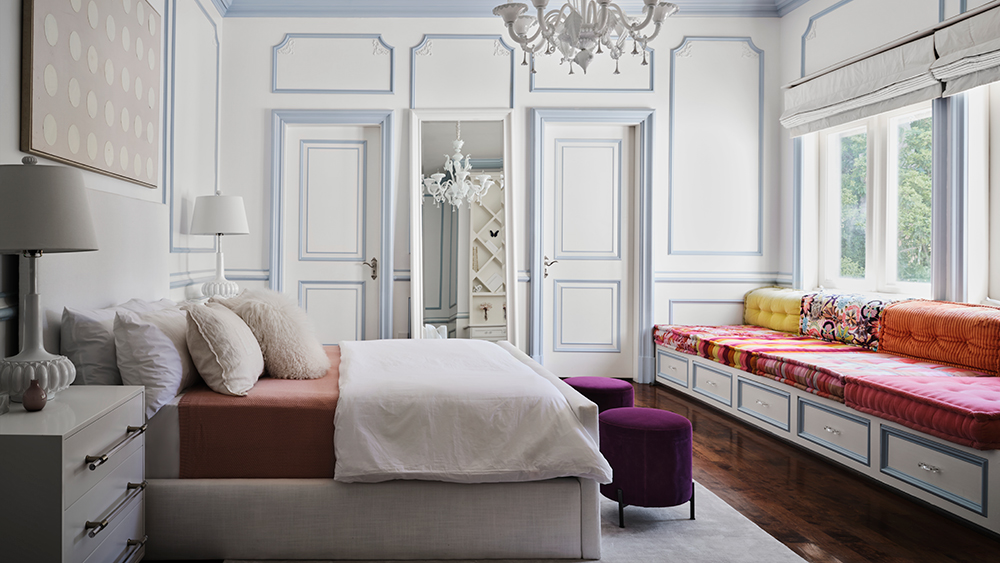 One of the bedrooms  Photo: Courtesy of Douglas Friedman

Car of the Week: Own a Concours-Quality Mercedes-Benz 280 SL Restored by Bechtel