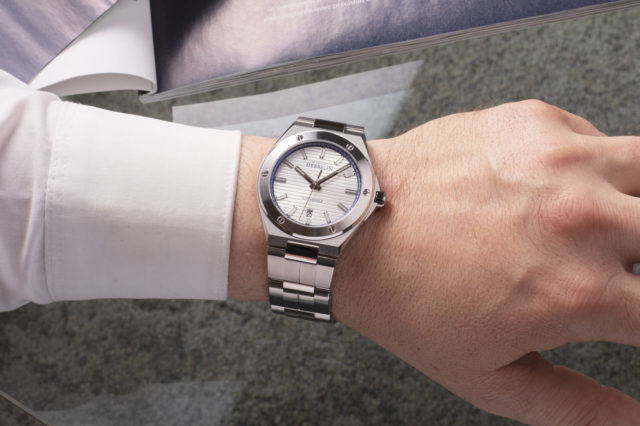 WATCHPRO is partnering with French watchmaker HERBELIN to give away a stunning and sporty Cap Camarat Automatic timepiece.

The offer is part of the brand’s publicity for a change of name from Michel Herbelin, the name of the family-owned company’s founder, and the more modern and snappy HERBELIN name that will appear on dials from later this year.

HERBELIN is also taking part in WATCHPRO Salon in November.

For a chance to win the HERBELIN Cap Camarat Automatic, worth £710, all you need to do is become a WATCHPRO Club member and follow us on Instagram before August 31.

The winner will be announced at the start of September.

WATCHPRO Club is our free to join members club and provides exclusive access to exclusive offers from brands, tickets to live watch events, and much much more.

HERBELIN’s Cap Camarat Automatic is a lot of watch for its ticket price of £710. You get a highly reliable Swiss made Sellita SW200-1 automatic movement under the hood, which can be admired through a sapphire crystal case back.

The current Michel Herbelin logo is etched in gold into the rotor. 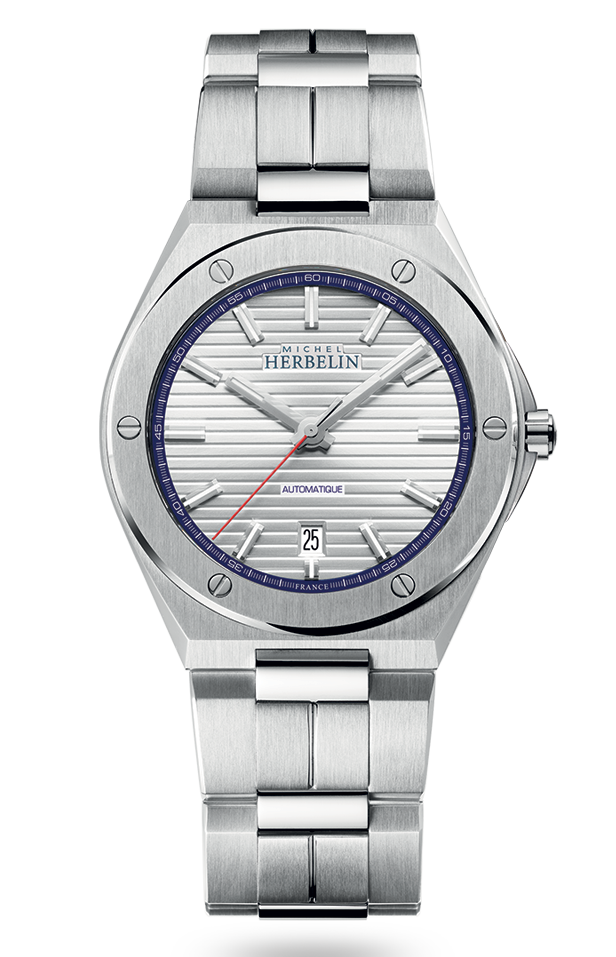 The steel case is almost hexagonal, but the left and right are more curved, particularly on on the crown guard side, while the top and bottom of the watch have crisp corners and facets.

The steel bezel, with six flush-inset screws, has a lightly brushed effect, as does the case. The brush effect is vertical on the case and circular around the bezel, which makes for a subtle contrast. 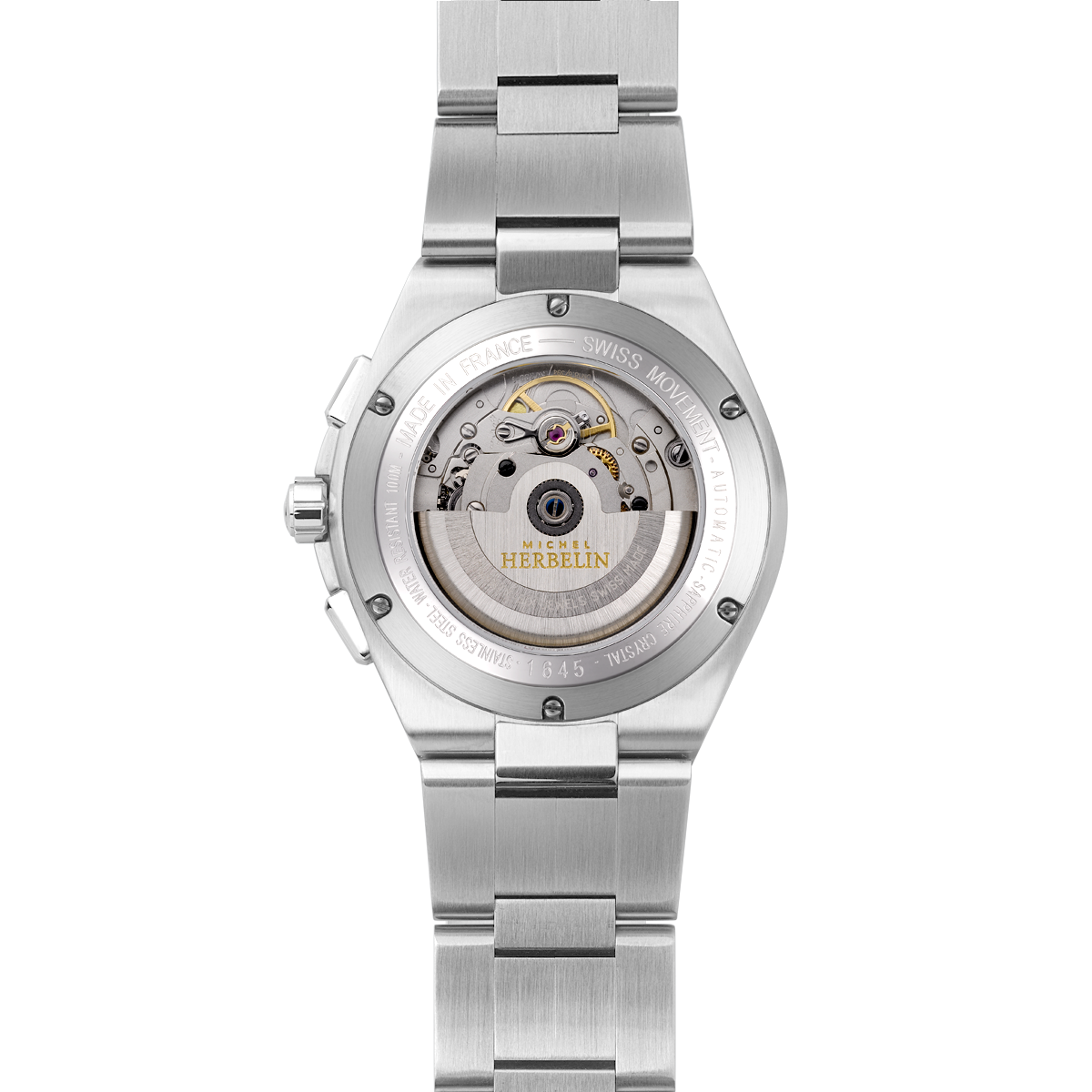 Its integrated steel bracelet looks like four rows, but is actually three, with the centre row scored down the middle. It is chunky and sturdy, which gives the watch the weight that some customers look for as a measure of luxury.

It wears a little larger than its advertised case size of 40.5mm suggests, perhaps because of the hefty bracelet, but the dial is compact and clean.

The Cap Camarat dial is where the designers in HERBELIN ’s tiny home town of Charquemont in Northeast France have excelled.

It is has horizontal grooves like the wooden deck of a yacht, and is framed by the bezel, which has the look of a ship’s porthole.

A minute track is almost concealed under the bezel, but its blue colour with white markers is important to the look of the watch because there is a tricolore red, white and blue theme going on as a nod to the French flag under which HERBELIN lives.

Red is chosen for the seconds hands and the dial, while silver, looks white when caught by the light.

These are the sort of details that give the sporty chic watch its Gallic flair, and make it look like a watch with a much higher price tag.