Just Because – The Important Watch Anniversaries to Know in 2023

Welcome to a new year. Welcome to 2023. If there’s one thing that watch brands love, it’s celebrating their heritage. Vintage has been one of the main inspirations for the past 10 to 15 years, and we’ve seen plenty of commemorative models released in 2022 – think about the 50-year Royal Oak. Why should 2023 be any different? There are important anniversaries coming up this year, and we can bet that watch brands will be releasing a spate of commemorative pieces. In fact, some even started at the end of 2022 or earlier today. So here are the watch anniversaries you should know about in 2023.

Seiko, even though it was not called Seiko in its earliest days, was created in 1881 as a watch atelier. A few years later (1895), the Time Keeper, a pocket watch made in the newly opened Seikosha factory, was released. However, Seiko’s most significant watch might well be the 1913 Laurel, the brand’s and Japan’s first wristwatch. And it will be celebrating its 110th anniversary this year. In fact, the brand already started the celebrations with the release of the Seiko Presage Laurel Re-Edition SPB359, a modern take on the concept with a historically inspired design. And knowing Seiko’s love for limited and commemorative editions, we can expect some more in 2023. 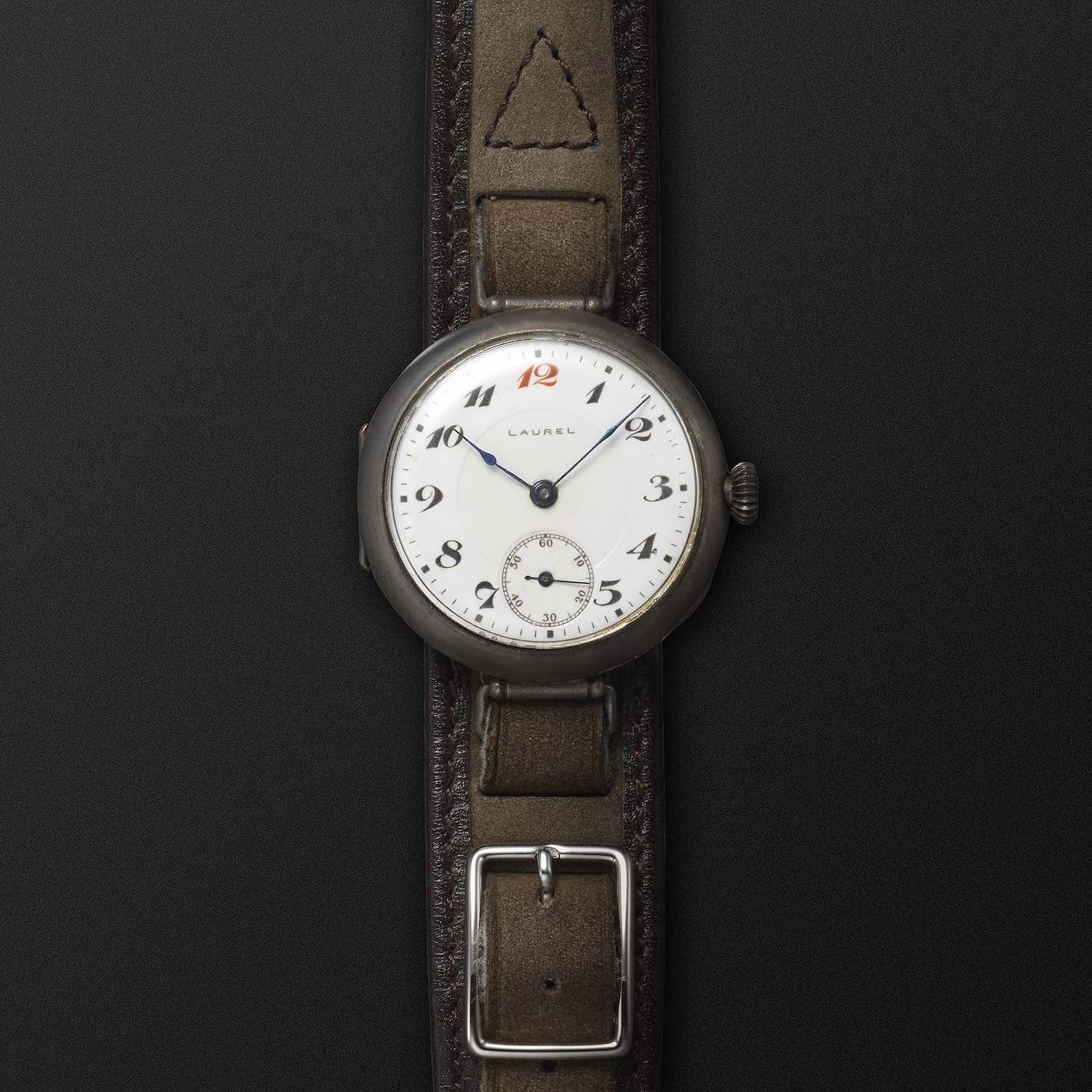 Surprisingly, many watch enthusiasts link the birth of the Seamaster collection with the release of the CK2913 model in 1957. Yet, the Seamaster is far older than that and was created in 1948 as a civilian model based on the expertise that Omega gained with watches developed and delivered to the British Ministry of War. The technology was “war tested” but commercialised as a “child of peace”. The original Seamaster CK2518 was launched in 1948 to commemorate Omega’s 100th anniversary. And while we saw it re-issued in 2018 with a pair of vintage-inspired models, we wouldn’t be surprised if Omega releases models that pay tribute to the origins of the collection to celebrate its 75th anniversary. 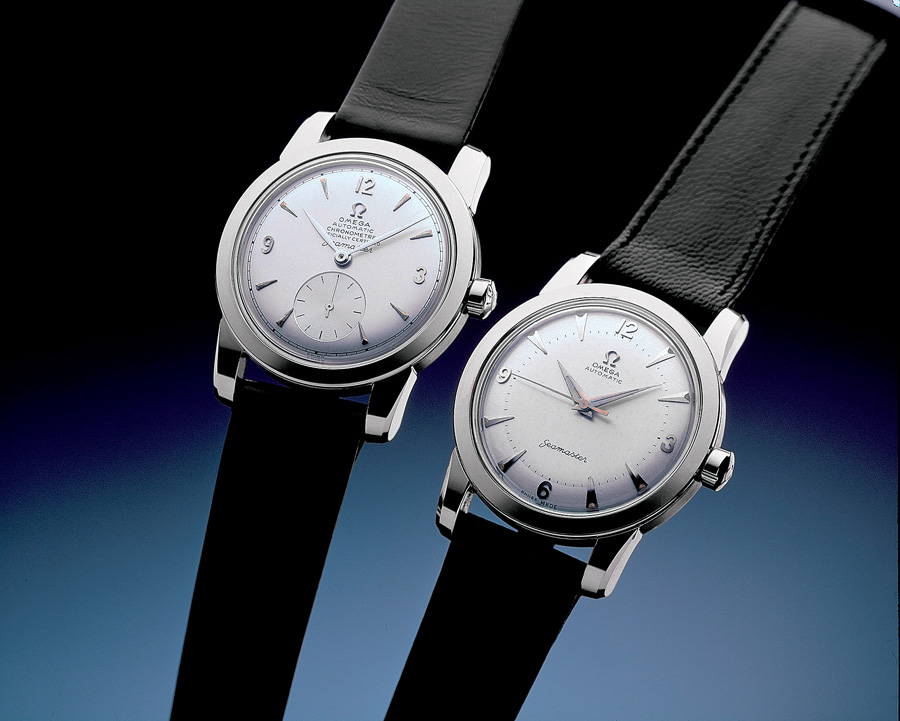 The Blancpain Fifty Fathoms is often considered one of the blueprint models for the modern dive watch. And this year, Blancpain’s archetypal dive watch of 1953 is coming up for its grand 70th birthday. What’s important about this model is that it laid down a set of features that would become a model for modern dive watches. Spearheaded by Jean-Jacques Fiechter, an amateur diver and CEO of Blancpain, it was born out of necessity. Fiechter experimented the dangers of a depleted scuba tank first-hand and realised the vital importance of having a watch that could track elapsed time underwater. After its comeback in 2003, the Fifty Fathoms became an essential watch in the brand’s portfolio. To celebrate its 70th anniversary, Blancpain has just released the Fifty Fathoms 70th Anniversary Limited Edition Act 1. And the brand also indicates that this is the first of a series to come. So expect more of these watches later this year. 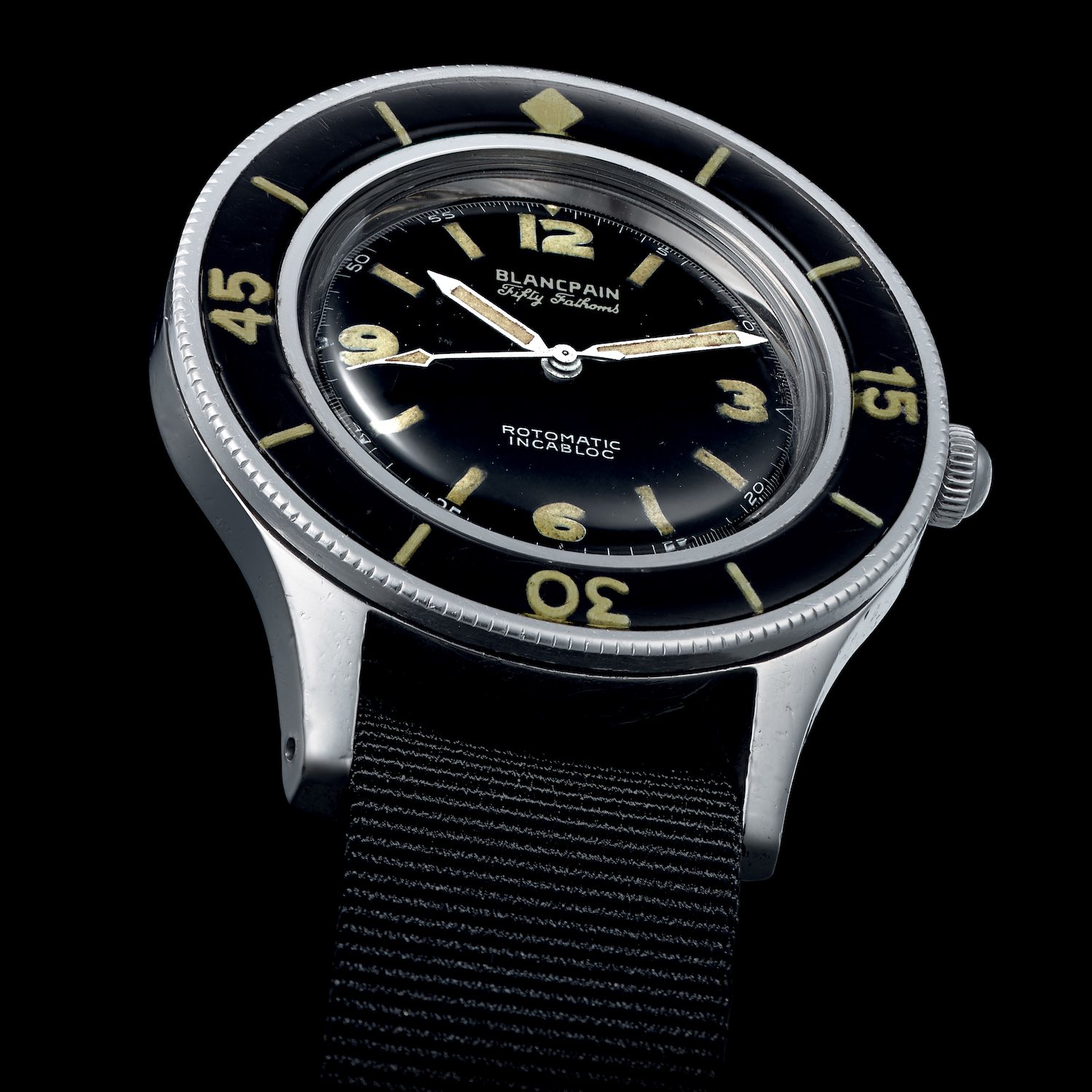 Although this wasn’t the first modern dive watch, the Rolex Submariner is one of the earliest models ever created – just a few months after the Fifty Fathoms and the Zodiac Sea Wolf – and is by far the most influential model… It is a watch that has defined the category for 70 years and is still going strong. Indeed, this year the Submariner is celebrating seven decades of continuous production and gradual evolution. Will we see a commemorative model? Nothing is certain, as Rolex can but doesn’t always celebrate these jubilees. We saw a 50-year model in 2003 (the green bezel Kermit 16610LV), but no certainty regarding a possible anniversary edition to be released in 2023. 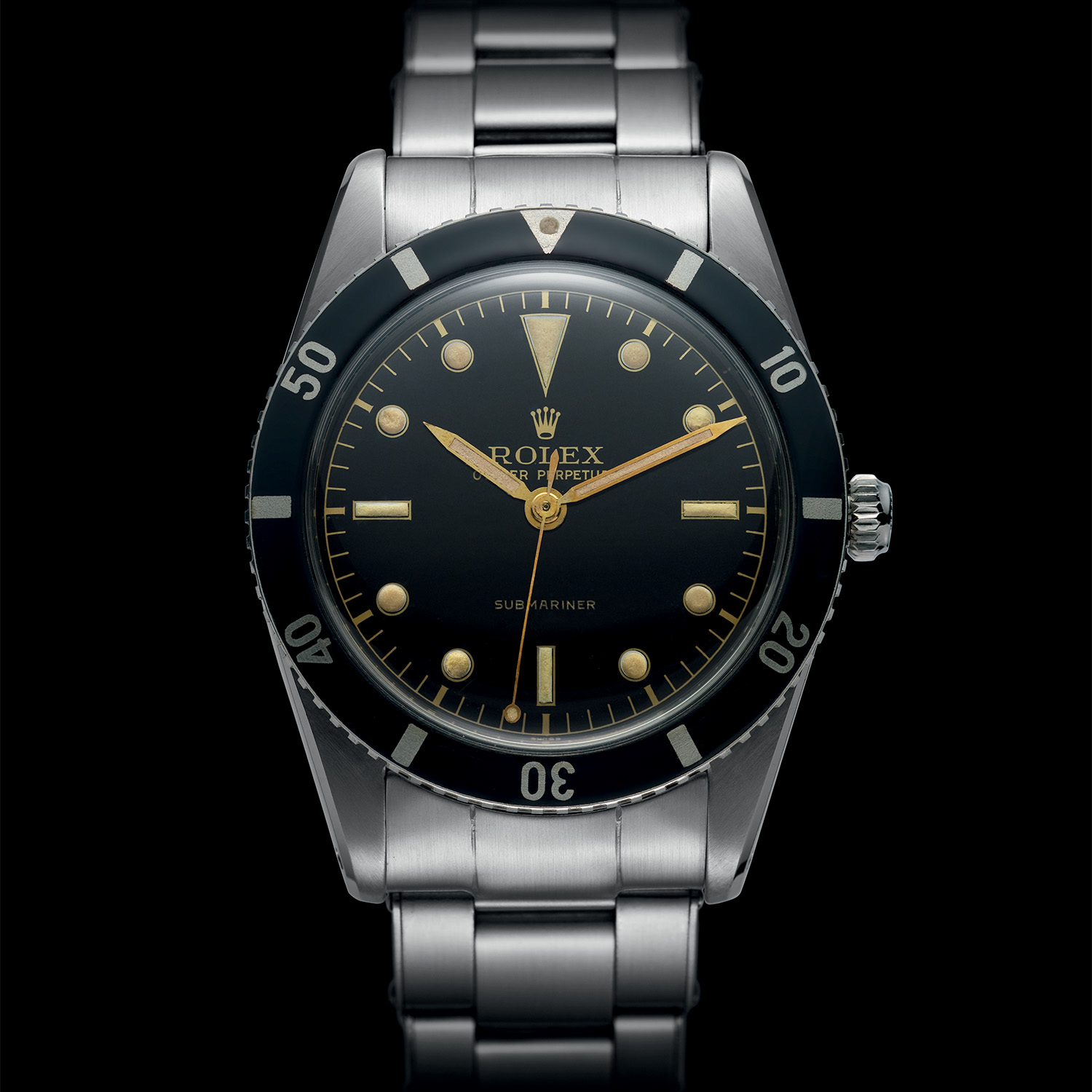 The year 1953 is often associated at Rolex with the birth of the Submariner. However, there’s another important model that was released that same year, a watch that has also been in continuous production ever since its release: the Explorer. Tenzing Norgay and Sir Edmund Hillary became the first explorers to conquer the summit of Mount Everest; on his wrist, Norgay wore a  Rolex Oyster Perpetual reference 6098. Following their triumphant ascent, the brand released a watch dedicated to exploration, appropriately named the Explorer. This watch is also celebrating its 70th anniversary this year. As with the Submariner above, nothing indicates that the crown will release a special edition, which would be based on the current 36mm. Nevertheless, we can still dream about the idea of a white polar version…

Closing the chapter of an important year, the last of the significant releases of 1953 was the Glycine Airman, a watch that is often considered the ancestor of the GMT traveller’s watch – produced a year before Rolex launched its GMT-Master. This watch was capable of tracking two 24-hour time zones at once, thanks to a 24-hour rotating bezel and a dial calibrated to display the time on a 24-hour basis. Longines is sometimes credited with the invention of the concept in 1925 with its Zulu watch; however, the modern shape of the GMT watch has a lot to do with this Airman and the following GMT-Master by Rolex.

In 1963, Rolex released what’s probably its second most iconic watch (just after the Submariner): the Cosmograph Daytona. Named after the emblematic race that was held since 1936 on the Daytona Beach Road Course, later replaced by the Daytona International Speedway, this chronograph is all about timing motorsports. Compared to previous chronograph watches by Rolex, the distinctive characteristic of this model was its tachymeter engraved on its external bezel (an Omega invention, as a reminder…). Since then, the Daytona has become one of the most classic race-car-oriented watches and one of the most coveted Rolex in history. And since it’ll celebrate its 60th anniversary in 2023, maybe it is time for Rolex to finally release the update so many have been waiting for. Keep in mind that the model remains almost unchanged since 2000 when the brand launched the six-digit series with calibre 4130. 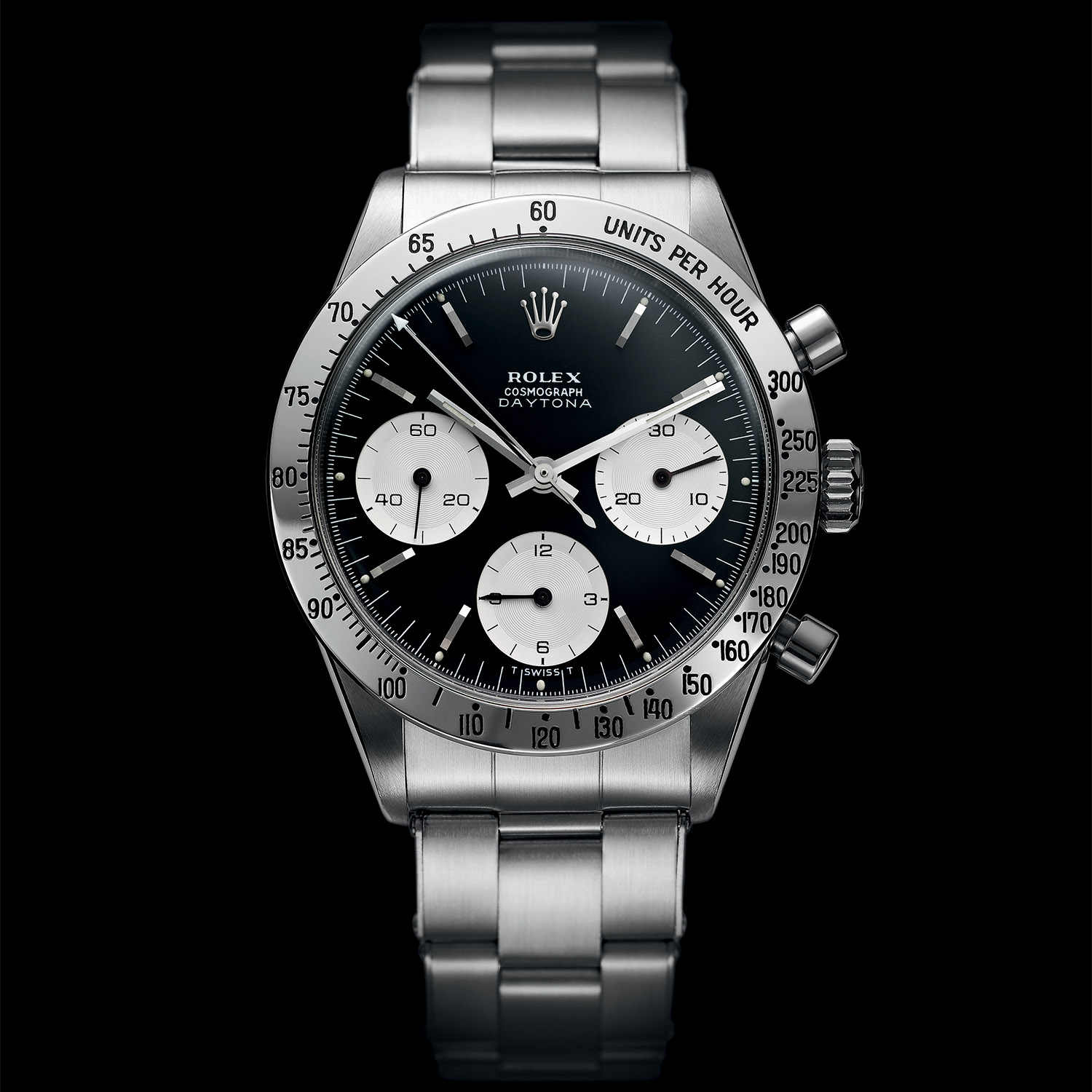 Same year of presentation, same overall inspiration and purpose, and almost as iconic as the Daytona above… 1963 also witnessed the introduction of the Heuer Carrera. Designed by Jack Heuer himself to address the needs of motorsports pilots, named after one of the most legendary races (the Carrera Panamericana), the recipe was simple: a clean, uncluttered, ultra-legible and reliable instrument to measure time and average speed during races. The gentleman driver’s watch personified. This year, it will celebrate its 60th anniversary, and there’s no doubt that we’ll see commemorative watches all year long. 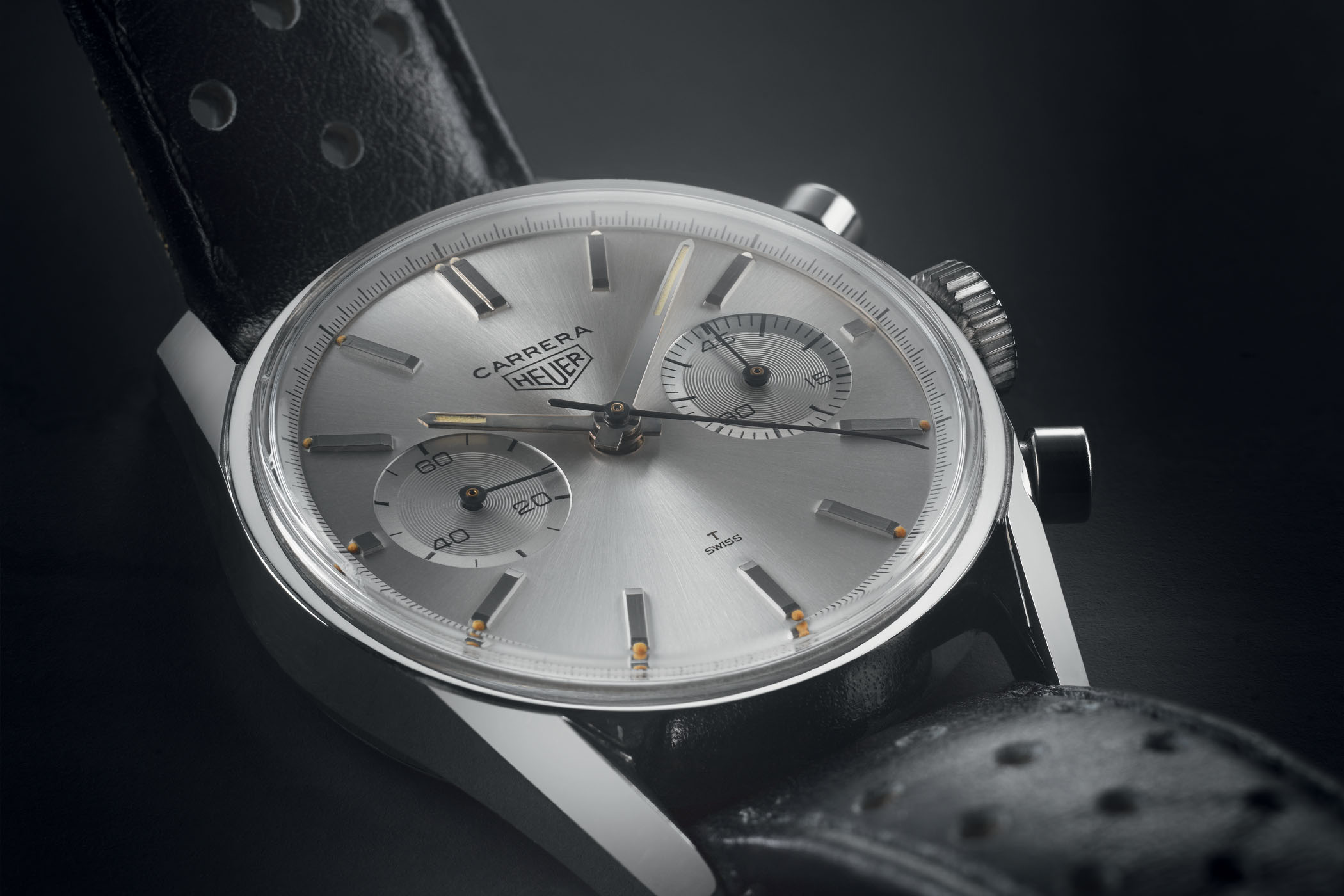 In 1983, the Swiss watch industry was on the brink of collapse. What was later labelled as the ‘Quartz Crisis’ had a devastating effect on the traditional Swiss watch industry, mostly focused on manufacturing mechanical watches. What saved this ancestral savoir-faire is, ironically, an accessible plastic watch powered by a battery: the Swatch. Created in 1983 by genius Nicolas Hayek, this commercial success made it possible for his group to rise from the ashes and, coincidentally, to slowly rekindle the Swiss mechanical watch industry. And while we don’t really cover these watches here on MONOCHROME, we can’t deny the immense impact the small plastic Swatch had on the industry. 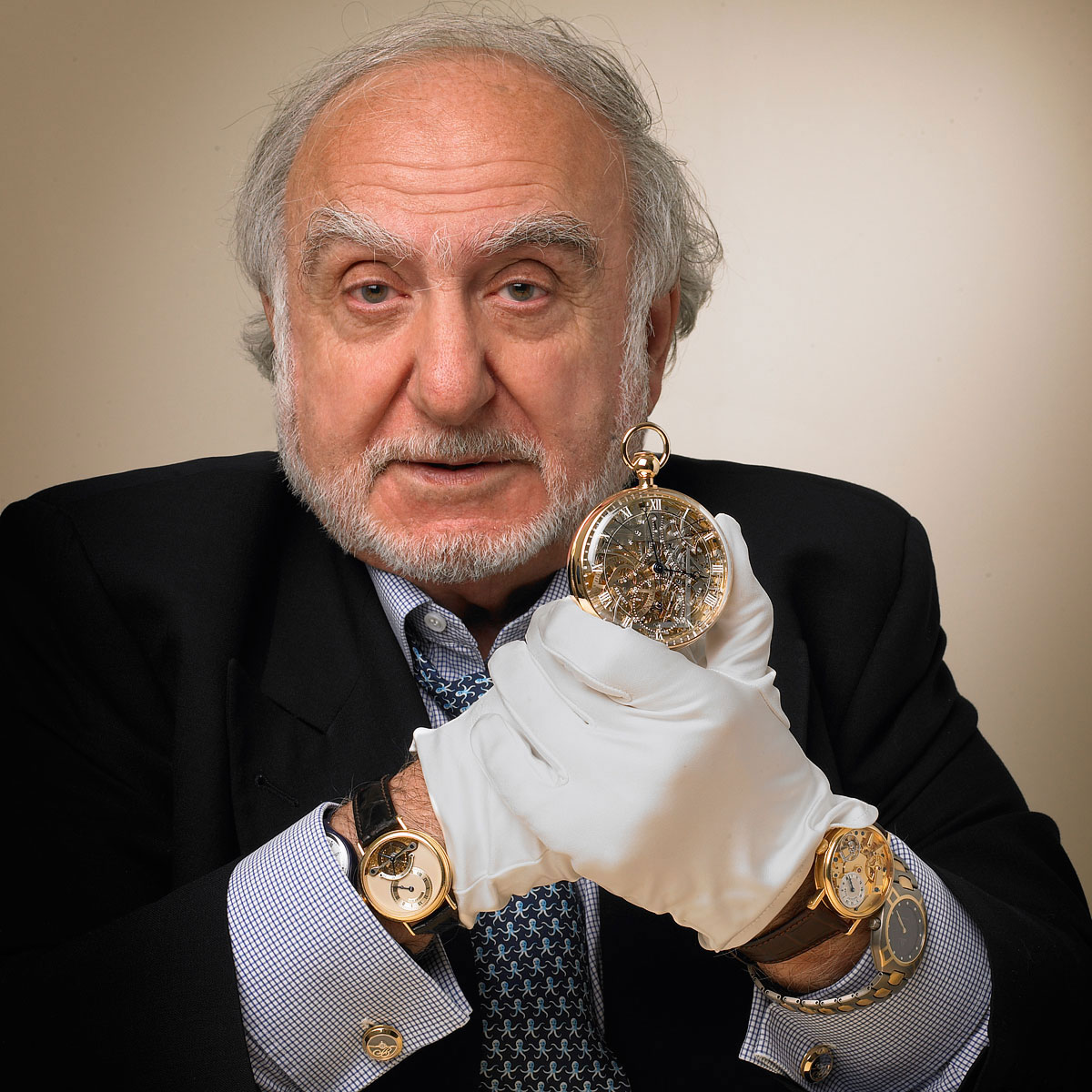 Last year marked the 50th anniversary of the most important watch ever created by Audemars Piguet, the 1972 Royal Oak. This year is the anniversary of its direct descendant, the Royal Oak Offshore. The ROO was conceived to celebrate the 20th anniversary of the Royal Oak but also (and maybe mostly) to boost sales. The classic RO wasn’t doing great, and the brand needed something to speak to a new audience. The result, designed by Emmanuel Gueit, was an oversized, masculinized version of the emblematic octagonal watch. And with its 30th anniversary just around the corner, we wouldn’t be surprised if AP is preparing a series of commemorative models… 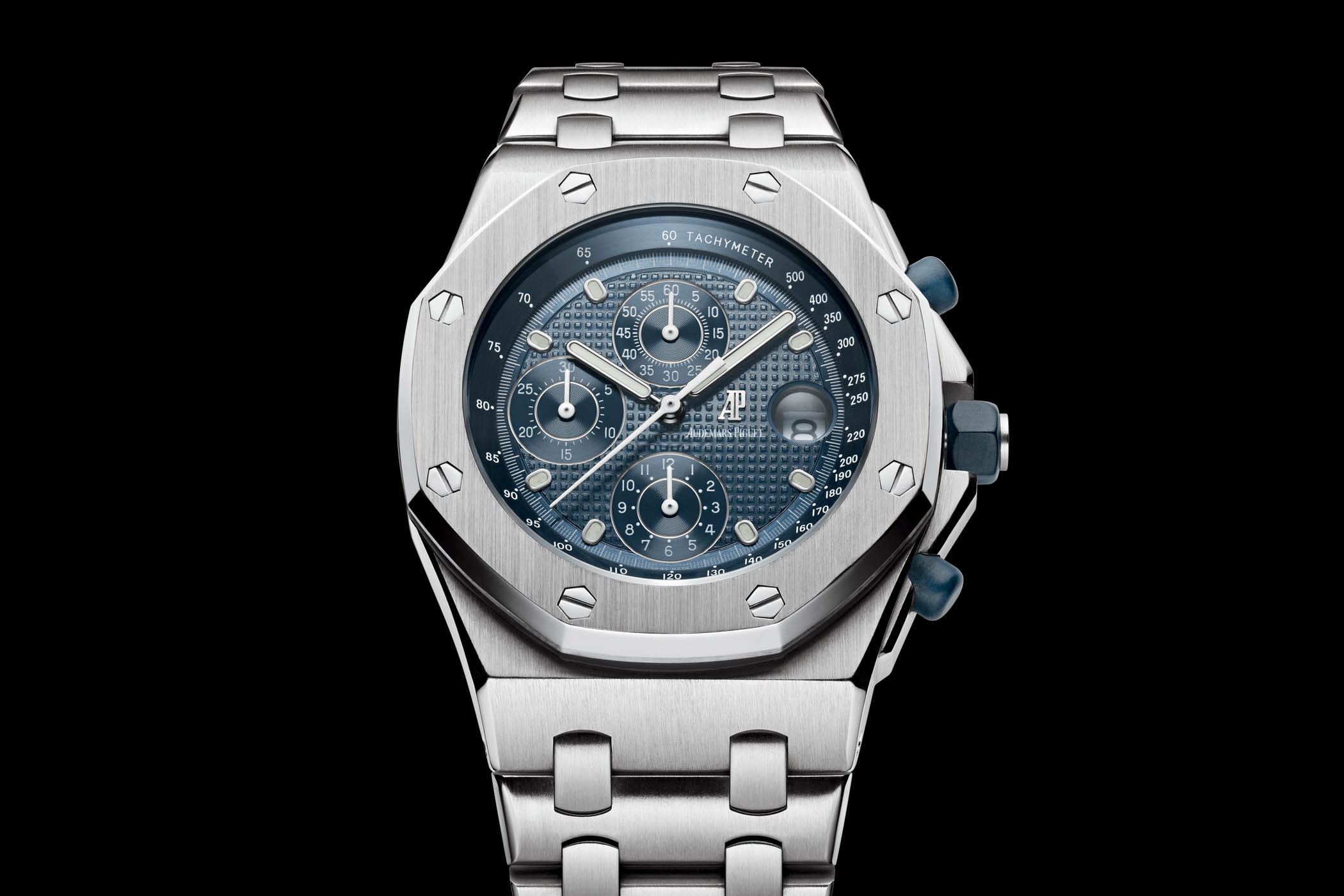