NOAH FW22 Is for Sartorial Professors

Visit the original post to see all 11 images from this gallery.

War… War never changes. Whoops! I mean, NOAH never changes. What can I say, I like me some Fallout. But I don’t think NOAH was going for a gaming reference when introducing its Fall/Winter 2022 collection, which actually begins with French philosopher Jean-Baptiste Alphonse Karr’s most famous quote.

“The more things change, the more they stay the same,” Karr once said, and so it is for NOAH FW22.

What NOAH’s getting at is that it’s trying new things, new things that are kinda like old things.

It’s a reminder that not many brands do cold weather campaigns better than NOAH, which really taps into that retro J.Crew aesthetic, which makes NOAH founder Brendon Babenzien’s appointment at the Crew all that more fitting.

Especially for its cooler temperature collections, NOAH, knows exactly how to present the goods in a way that makes you just wanna live in everything.

It’s the same feel-good vibe found in decades-old fashion campaigns and late-20th century cinema, where folks wear clothes the way we all wish we could wear clothes: effortlessly, comfortably, stylishly.

The fall and winter seasons, with their layering opportunities, grant us opportunities to dress adventurously and NOAH makes the most of it.

Fall/Winter 2022, in particular, sees NOAH exploring a host of fresh fabrications that’re unlike anything its done previously, yet it’s all heritage stuff that’s rooted in decades past. Something new, something old.

There are shirts made of cashmere sourced from a British mill that’s over two and a half centuries old; pleated pants made of wool normally used for Scottish kilts; chino twill from Missouri unexpectedly used for suiting; chunky cable-knit cardigans and loose gauge sweaters for the sartorial professor.

It’s all distinctly untrendy and all so deliciously cool.

NOAH’s FW22 collection is ample rationale for stepping up your wardrobe this season. As the kids say, once the leaves start changin’, that’s when you can really start dressin’. 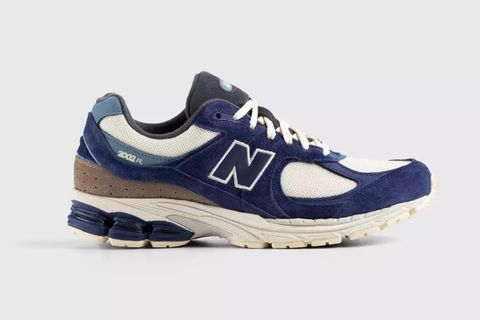 John Richmond Is the Designer Bringing Punk Mentality to Web3