When the Twenty~4 collection was first launched in 1999, it wasn’t black tie galas or expensive dates Patek Philippe had in mind.

Sure, the brand’s exclusively feminine collection was elegant enough for either, but it really was modern, active, and fiercely independent women that Patek Philippe wanted to reach out to. The timepieces that ensued were designed to complement the busy, multi-faceted lifestyles so many of them lead. And so the renewal of the Twenty~4 collection continues this year with three new timepieces, each as sophisticated as the last, and bursting with its own character. 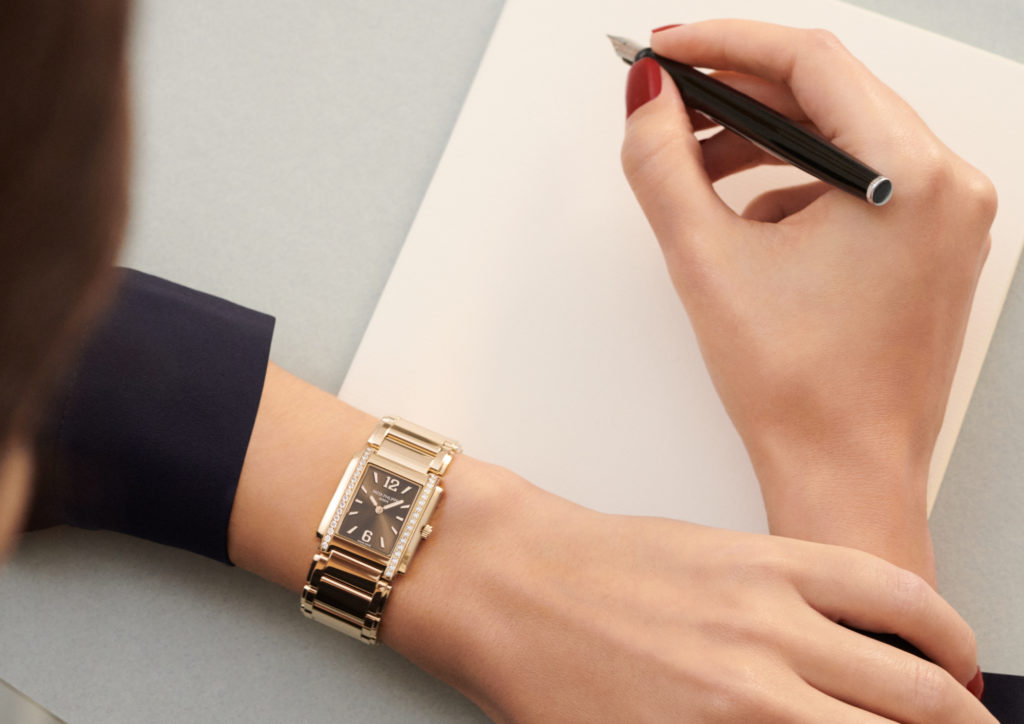 The original “manchette” or cuff-style models with quartz movements were known for their distinctive look and practicality, and now include a new version in 18K rose gold with a chocolate-brown sunburst dial (ref. 4910/1201R). Last year, the manufacturer elevated the design with more contemporary lumed Arabic numerals and trapeze-shaped hour markers, in place of Roman numerals and diamond indices. The same aesthetics have been continued here, as have the two vertical rows of 17 Top Wesselton Pure diamonds that catch the light with every movement of your wrist. 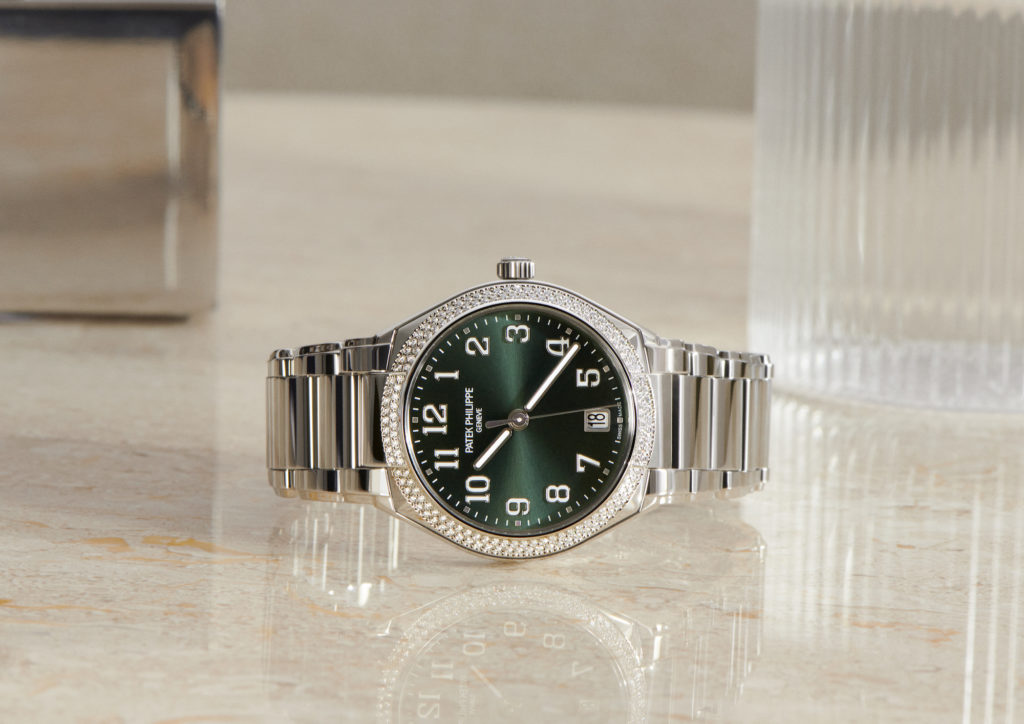 The round-shaped Automatic models have also been given an update, this time in two new variations that promise to bring you from boardroom to fancy dinner effortlessly. The steel model (ref. 7300/1200A) — paired with an olive green sunburst dial — sees 18K white-gold applied Arabic numerals and hands with a luminescent coating, alongside a white-gold frame around the date window. 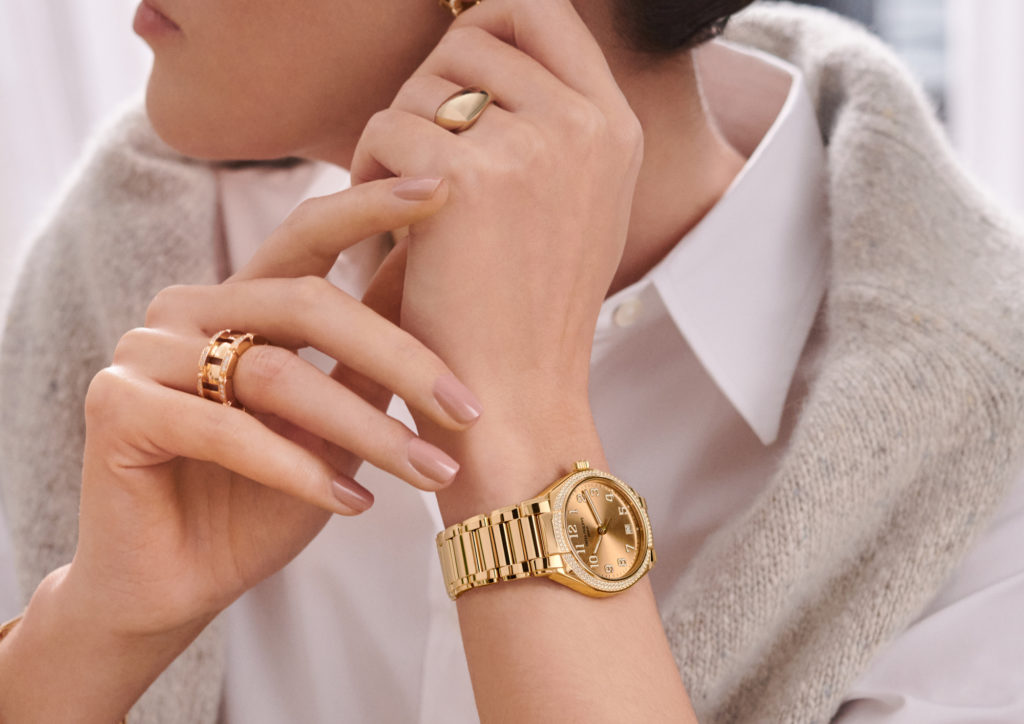 Those who want nothing less than a show-stopping accessory can look towards the rose-gold variation (ref. 7300/1200R), which is suitably flashier with its matching rose-gilt sunburst dial, rose gold rounded baton-style hands, and rose gold bracelet. Both these tone-on-tone and steel versions come encrusted in two staggered rows of 160 diamonds on their bezels, and for extra security, polished bracelets that feature the brand’s new patented fold-over clasp.

The 36mm watches are powered by the Caliber 324 S C self-winding movement, visible through the sapphire caseback as a testament to Patek Philippe’s commitment to equip women with serious mechanical movements. 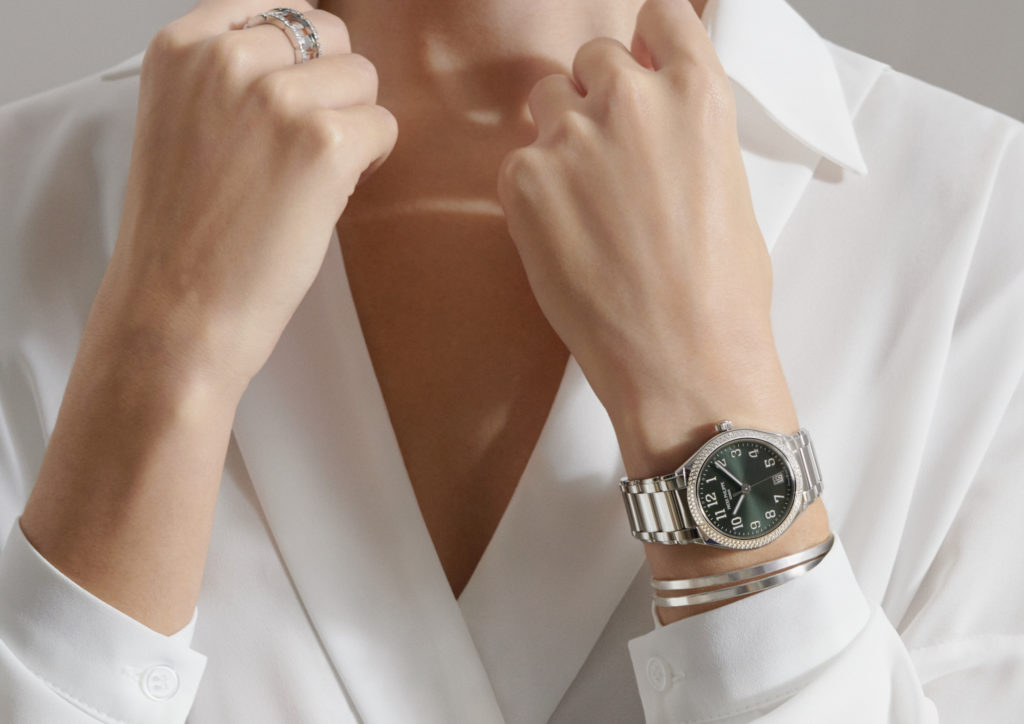