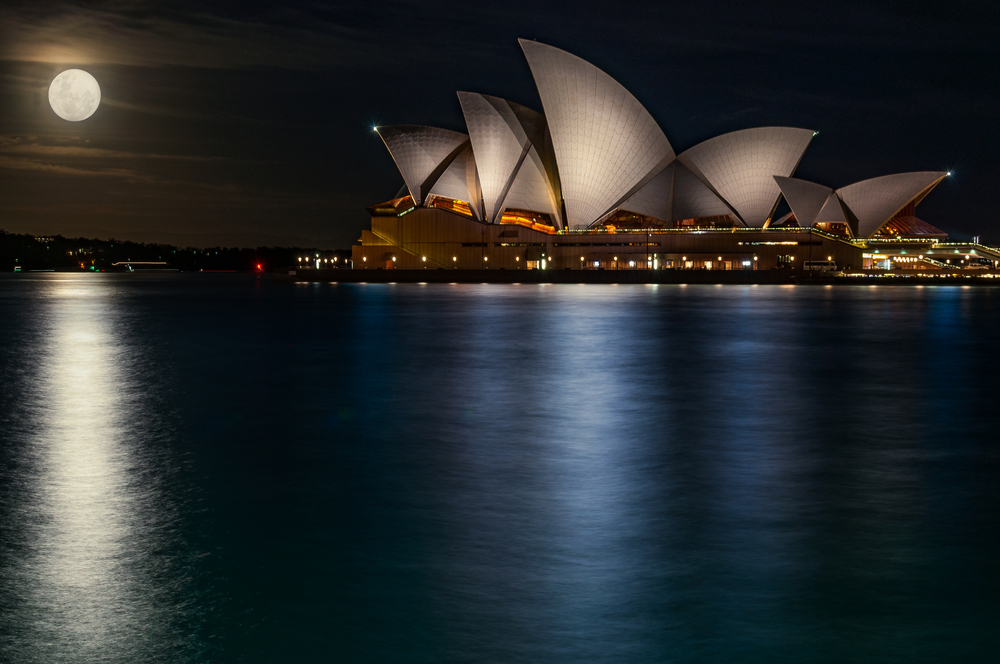 Cosmic cocktails and supermoon cakes will be on the menu when Qantas launches a one-off B787 Dreamliner supermoon scenic flight later this month to give a limited number of passengers a closer look at the upcoming supermoon.

It will be the second and final supermoon of 2021, as well as a full lunar eclipse, making it a rare double phenomenon, with the moon turning red against the night sky.

On this one-time scenic flight later this month, moongazers will have the best possible view of the upcoming event.

Tickets for a three-hour night flight on Wednesday, May 26 will go on sale tomorrow, with the goal of providing passengers with the best possible view of the special lunar event.

A Boeing Dreamliner will take off from Sydney Airport and fly to a cruising altitude of 43,000 feet, well above clouds and away from the city’s light pollution.

Qantas pilots collaborated with the CSIRO to devise the best flight path over the Pacific Ocean to capture the supermoon in all its glory.

Tickets will go on sale tomorrow for a three-hour night flight on Wednesday, May 26, which is designed to give passengers the clearest possible view of the special lunar event.

A Boeing Dreamliner will take off from Sydney Airport and climb to a cruising altitude of 43,000 feet, well above any clouds and away from the city’s light pollution.

The flight will be piloted by Qantas’ 787 fleet technical manager, Captain Alex Passerini.

“We’re working with the CSIRO to develop a flight plan that will give us the best viewing, making sure we get those times right for exactly when the lunar eclipse is going to be at its peak, so we can afford everyone on board the best possible view while that’s happening.

“We’ll be above the weather, getting that great view from the larger windows and not being subject to the light pollution in the Sydney area because that affects viewing.”

Captain Passerini said he was particularly excited about the flight, being somewhat of a moongazer himself.

The supermoon on March 26 will be the second and final supermoon of this year.

The experience is part of a series of themed flights by Qantas to draw travellers back to the sky.

The airline has already offered scenic flights to nowhere – which were so popular among holiday-starved Australians, tickets sold out in 10 minutes – “flights to somewhere”, where passengers were able to stay overnight at their destination, and a reboot of its 1990s “mystery flights”.

“We have been absolutely overwhelmed with the popularity of our special flights. The recent mystery flights sold out within 15 minutes with hundreds of people on waiting lists and they keep telling us they want more,” Qantas chief customer officer Stephanie Tully said.

“We are very excited to now be doing a supermoon scenic flight and the 787 has the largest windows of any passenger aircraft so it’s ideal for moon gazing.

“We think this flight has great appeal for anyone with a passion for astronomy, science, space photography, aviation or just keen to do something a little out of this world.”

The flight will operate with net zero emissions, with 100% of emissions carbon offset.

Samui Plus witnesses over 11K room nights booked until December