Robb Recommends: Why This Western Shirt Can Make Any Outfit Look Cooler

Welcome to Robb Recommends, a regular series in which our editors and contributors endorse something they’ve tried and loved—and think will change your life for the better. If you purchase a product or service through a link in this story, we may receive a small commission.

Sure, the Western style trend is nothing new—it’s been around in one form or another for years. What is new (to me, at least) is that, as reasons to dress up return, I’ve found myself gravitating towards my long-standing collection of Western shirts as partners for suits and separates. These hitherto casual pieces, previously relegated to lazy weekends, are rapidly taking the place of formal shirts during my working week. And of the half-dozen Western shirts I own, my three favorites all come from the same place: Bryceland’s & Co, the much-loved haberdashery co-founded by Ethan Newton and Kenji Cheung with stores in in Tokyo and Hong Kong.

Bryceland’s was one of the first independent menswear brands to champion the humble Westerner as a partner for tailoring, way back when Newton and Cheung set up shop in 2015. Now, the brand’s Sawtooth Westerner (so-called for of the chest pockets’ pointed edges) has attained cult status, even earning a Best of the Best award. It’s available online in all manner of weights and fabrics, from plain cotton drills to lightweight madras checks. The two I own and frequently return to are the dark indigo raw denim for winter and the dusty blue chambray for summer. The brand’s plain black cotton Westerner transforms sober dark grey or charcoal suits, too. 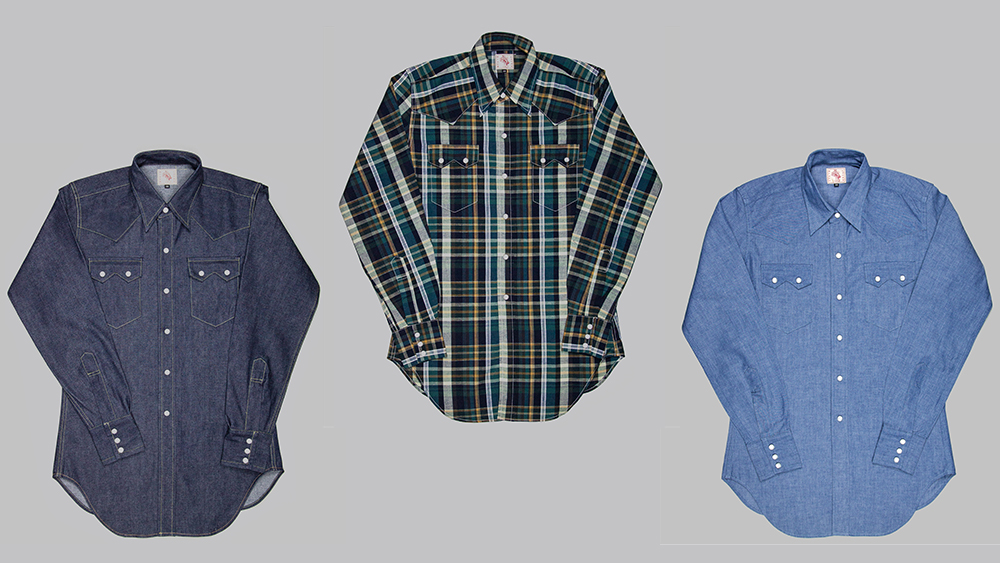 The Sawtooth Westerner is available in numerous fabrics, from raw indigo denim to madras checks.  Bryceland’s

Quite apart from being among the first crossover cowboy shirts, Brycelands’ Westerners have become favorites of mine because they’re cut on a pattern inspired by an archive piece—unlike most modern, watered down takes on this 20th-century classic. The resulting shirt has a figure-hugging tailored fit, generous yoked front and back, the aforementioned sawtooth pockets, and best of all, a reassuringly long tail designed to be worn tucked in. A small part of my brain decides I’ve turned into Yul Brynner in The Magnificent Seven every time I shrug one on. It has the same close-fitting, athletic look to the shirts he wears in the movie—or those of any of the other protagonists, for that matter—right down to the triple-studded cuffs.

Dressed with a dark suit, or else worn with faded jeans and a sport coat (yes, you can wear double-denim with a blazer), I’ve found my Bryceland’s Westerners to be perfect “new normal” shirts. They’re relaxed enough to take the stuffiness out of a tailored jacket, with just enough attitude to give your look an edge. 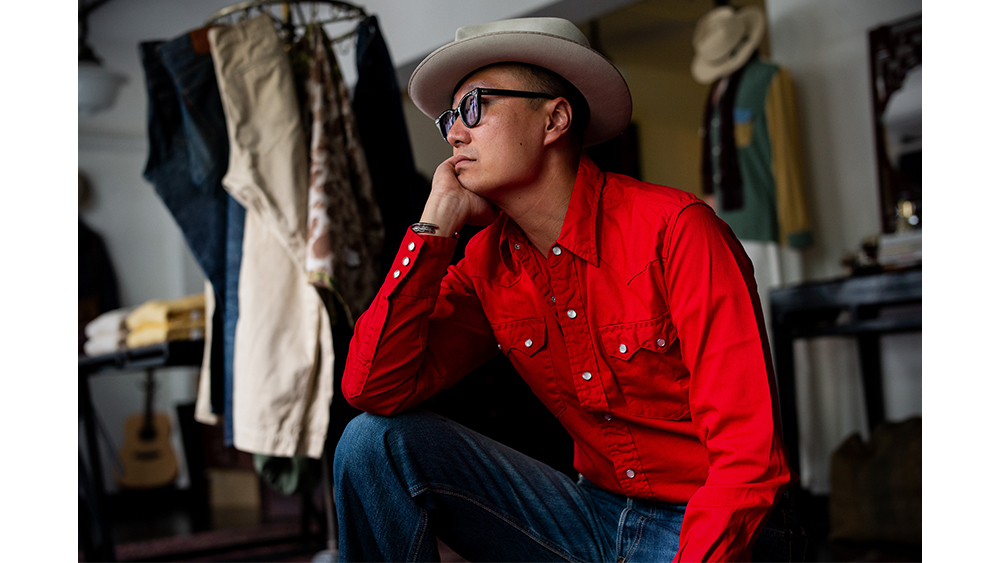 If you, too, are keen to experiment with a Western shirt under suiting, there are a couple of things to keep in mind. Westerners need breaking in, just as raw denim jeans or heavy canvas chinos might. They’ll fade and soften pleasingly the more they’re washed and worn. So, don’t be shy with yours—a pristine Western shirt looks unnatural, somehow. Given their rugged appeal, I think they are best dressed with softly structured jackets (Bryceland’s’ co-founders are loyal customers of Neapolitan bespoke tailor, Dalcuore) that aren’t too stiff. This is a look for a lounge lizard, after all. See Newton or Kenji’s own takes on wearing a Sawtooth Westerner for inspiration.

Really, this recent wardrobe epiphany feeds into the long-running casualization of menswear that Robb Report has covered at various points over the past few years. Today, there’s an important distinction to be made today between tailoring and formalwear: A suit doesn’t need to be stuffy if you’re wearing it on your own time. And, for those moments where you want to feel put together but not formal, a well-worn Westerner and a dark two-piece suit will take you almost anywhere. The cowboy boots and Stetson are optional, thankfully.