The best stories from our Petrolhead Corner this year.

Our weekly episodic column known as the Petrolhead Corner started from the shared passion between several members of the MONOCHROME editorial team for all things car- and bike-related. We wanted to offer something else during the weekend, as a bit of a break from watches. This can be anything from classic cars and motorcycles to iconic drivers, restomods, or modern sports- and supercars. And with a new story coming at you every week, there’s plenty to look back on! So, just as we do with watches, we’ve gone over every instalment of the Petrolhead Corner to serve you up what we think are the coolest stories of the year!

Just a couple of weeks ago we brought to you the Kamm 912C, a restomod from Hungary based on one of the most overlooked Porsche sportscars out there. Not a true 911 but a 912 instead (big difference!), this car was praised for its lower weight and better handling compared to its bigger and more popular brother. Once positioned to sit between the Porsche 365 and the aforementioned 911 in terms of performance and price, the 912 came with a flat-four engine instead of a flat-six. And although it looks very similar to a 911, put them side by side and you will notice a much more slender build. The Kamm 912C takes this lightweight, nimble little Porsche and turns it into one of the coolest restomods we’ve ever seen. With a number of technical upgrades under its retouched exterior, the Kamm 912C promises a pure, analogue driving experience, one to be enjoyed on the limit! 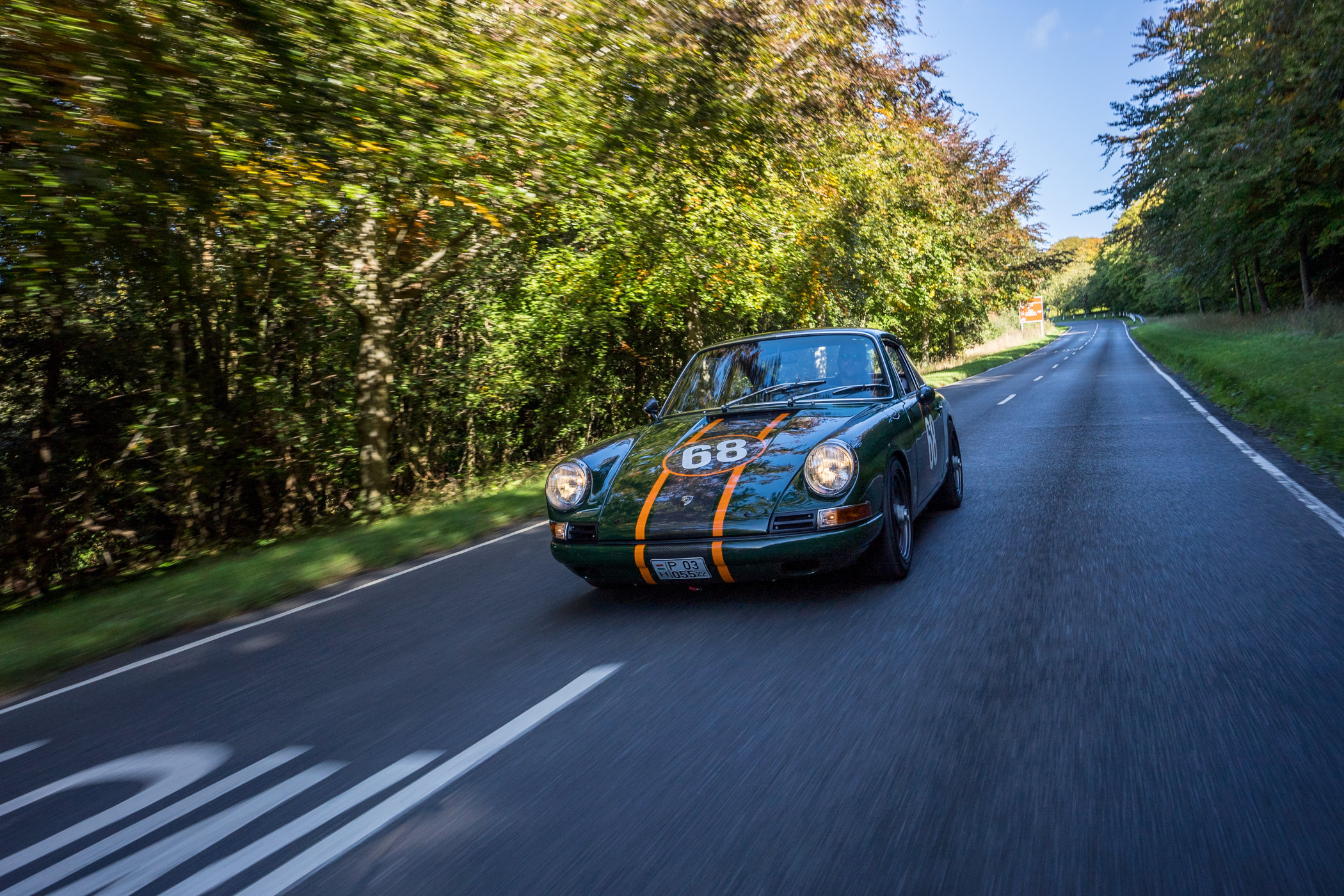 Check out the full story right on the Kamm 912C here!

One of the most recent episodes is one of the rare instances we venture away from cars. Our contributor Erik shared his personal take on the legendary name of Royal Enfield. This originally British motorcycle manufacturer is the oldest brand in the world with continuous production. Founded in 1901, it outdates Harley Davidson by two years. Some of the most iconic models by Royal Enfield are the Bullet and the Flying Flea built for the Royal Air Force. Today the company is under Indian ownership and has shown a rebellious reluctance for innovation. The result? A refreshing (or frustrating) hands-on driving experience, with old-school kickstarts, frequent oil changes, separate lubrication points and other technology from yesteryear. 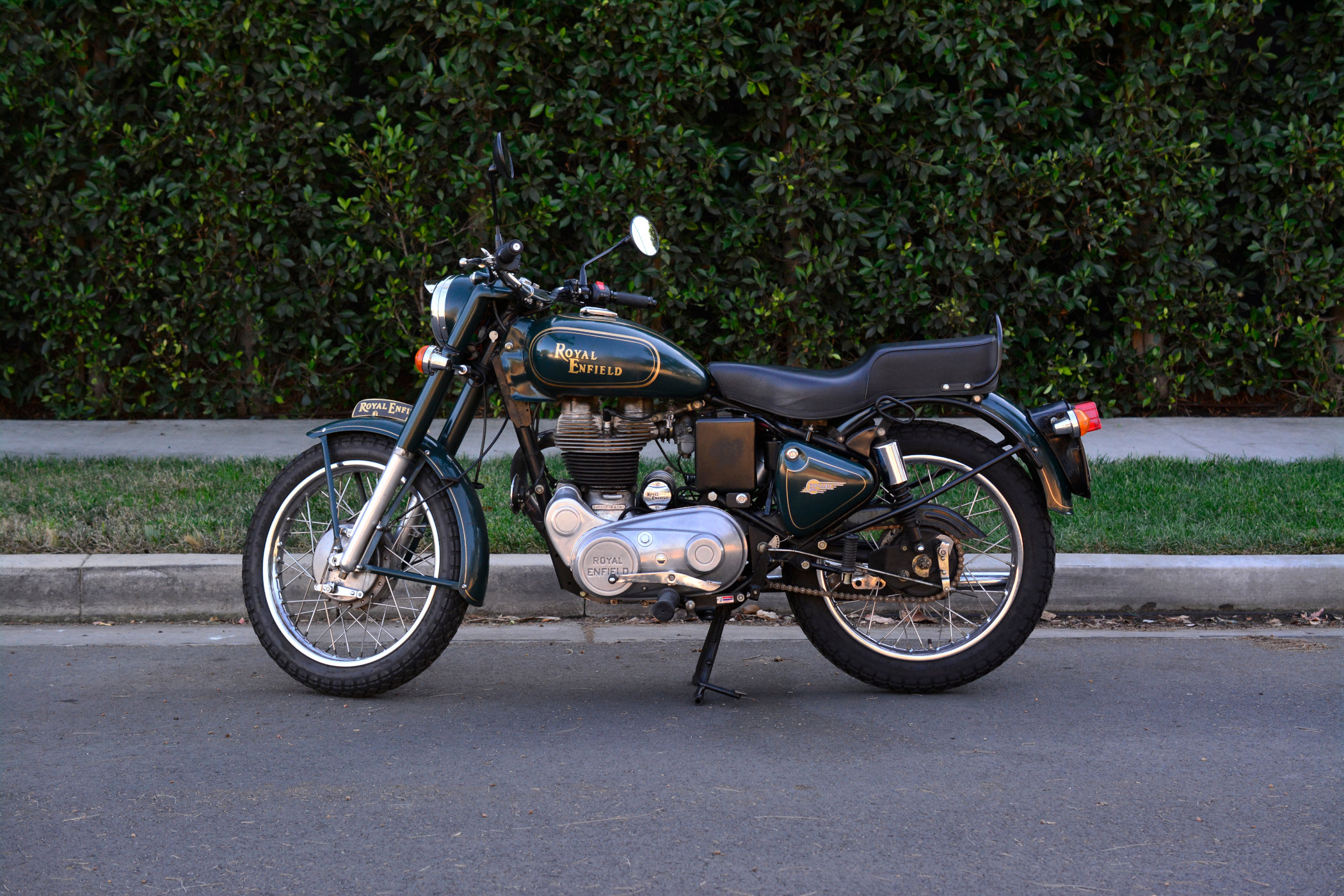 We take it back to the groovy 1960s with the Meyers Manx 2.0 EV, a car that looks absolutely cool! Directly descendant from the original Meyers Manx, this modern equivalent is built with the approval of Bruce Meyers who sold his company shortly before he passed away. There’s just something goofy about the original buggy, which I absolutely love! And that goofiness is also present in the sharply dressed, electrically driven Meyers Manx 2.0 EV. Very much respecting the style of the original Manx, this sees it updated with a very modern electric drivetrain. If you were quick enough upon launch, you could even register for the Beta-test program for early pre-orders. It’s expected to hit the road in 2023 for the first 50 clients, with regular production scheduled for the year after although I don’t expect it to be produced in the thousands. 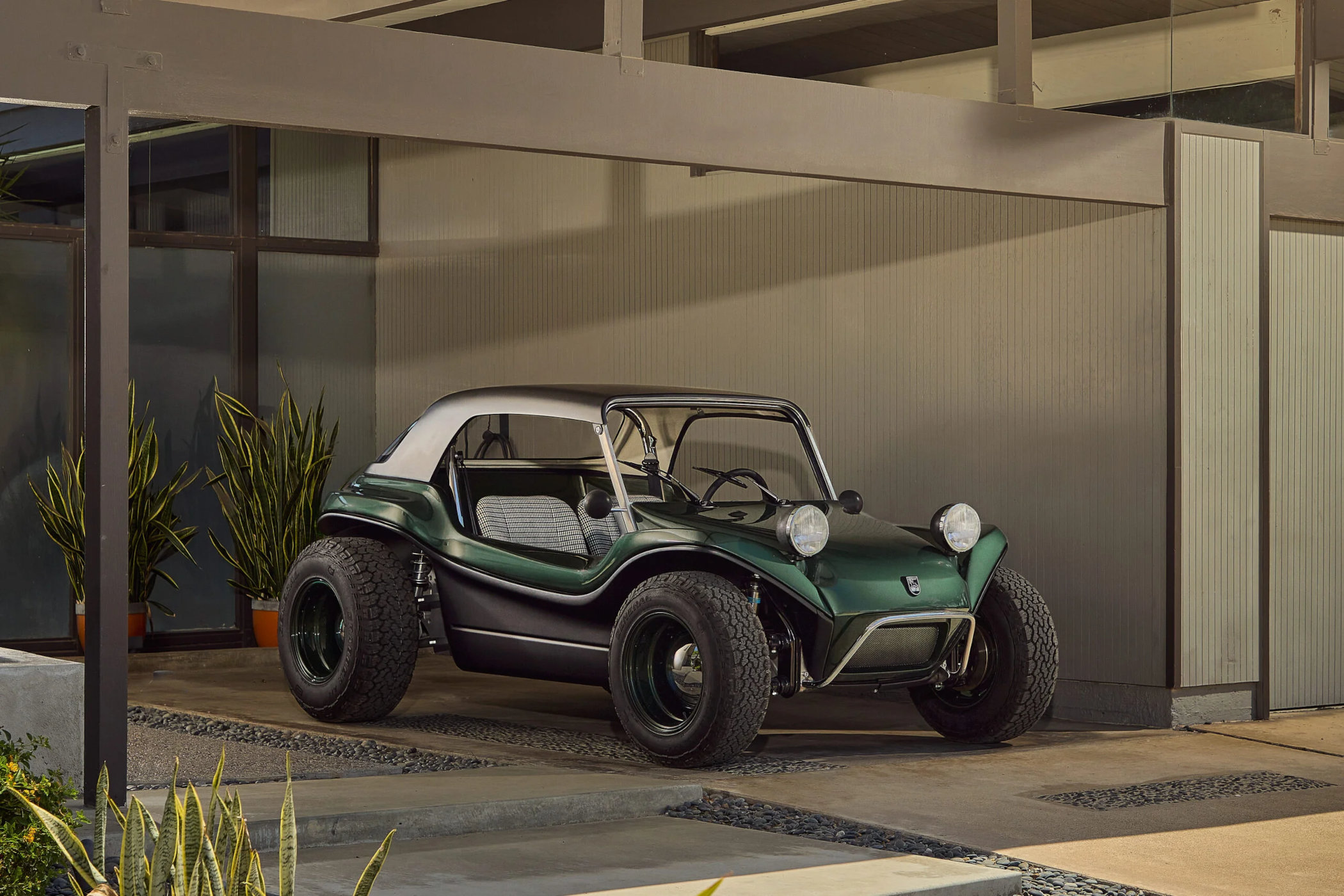 a quartet of Wedge-shaped concept cars

Continuing our little flashback to the 1960s and 1970s, early on in the year I wrote a story about four of the coolest wedge-shaped concept cars from that era. This was a time when car design took a drastic turn towards sharply penned, more futuristic styles. Cars like the Lamborghini Countach and the Lotus Esprit immediately come to mind. But, plenty of other brands took a stab at the style of the driveable wedge! Concept cars like the radical Lancia Stratos HF Zero, Chevrolet Aerovette, Holden Hurricane and Ferrari Modulo perfectly exemplify what wedge-shaped cars are all about. Even today, there’s something very intriguing about these cars, although I can’t imagine any of them being truly comfortable if look at some of the interiors, canopy doors and controls. Still, very cool cars! 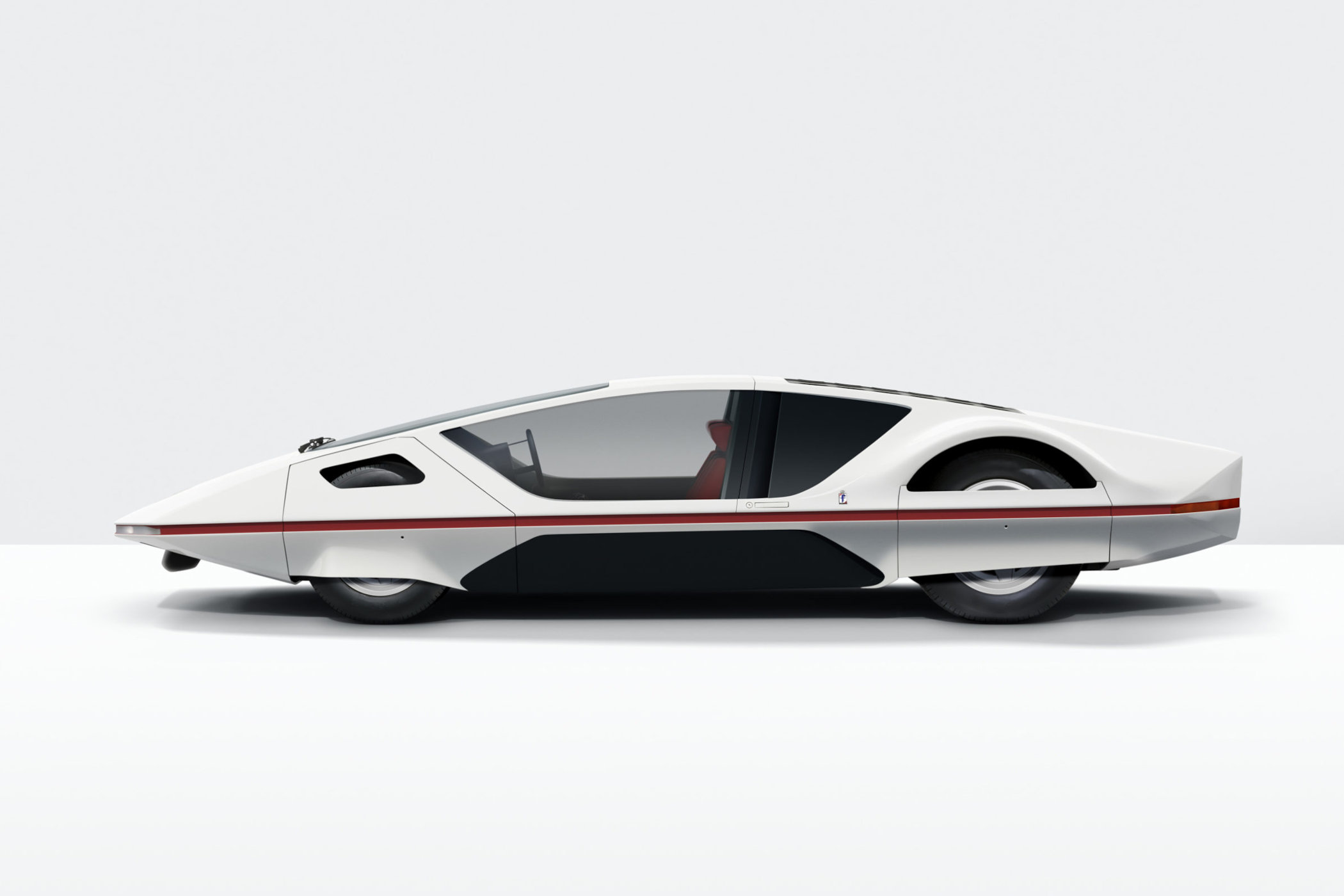 Click here for the full story on the Lancia, Chevrolet, Holden and Ferrari.

One of my personal highlights of the year is finally being able to attend the legendary 24 Hours of Le Mans endurance race, thanks to independent watchmakers Lorige and United Autosports. This perfectly combined my passion for watches with my passion for cars, and was an absolute blast! To me, the Circuit de la Sarthe is hallowed ground, as there’s just so much history there. The weekend saw me visiting the United Autosports garage, witnessing the race up close with all the noise, smell and thrills you can imagine. Seeing a purebred racecar blast down the straights at Le Mans, or dive into the pits, stop, change tires in seconds and speed off in the distance again is something awe-inspiring. 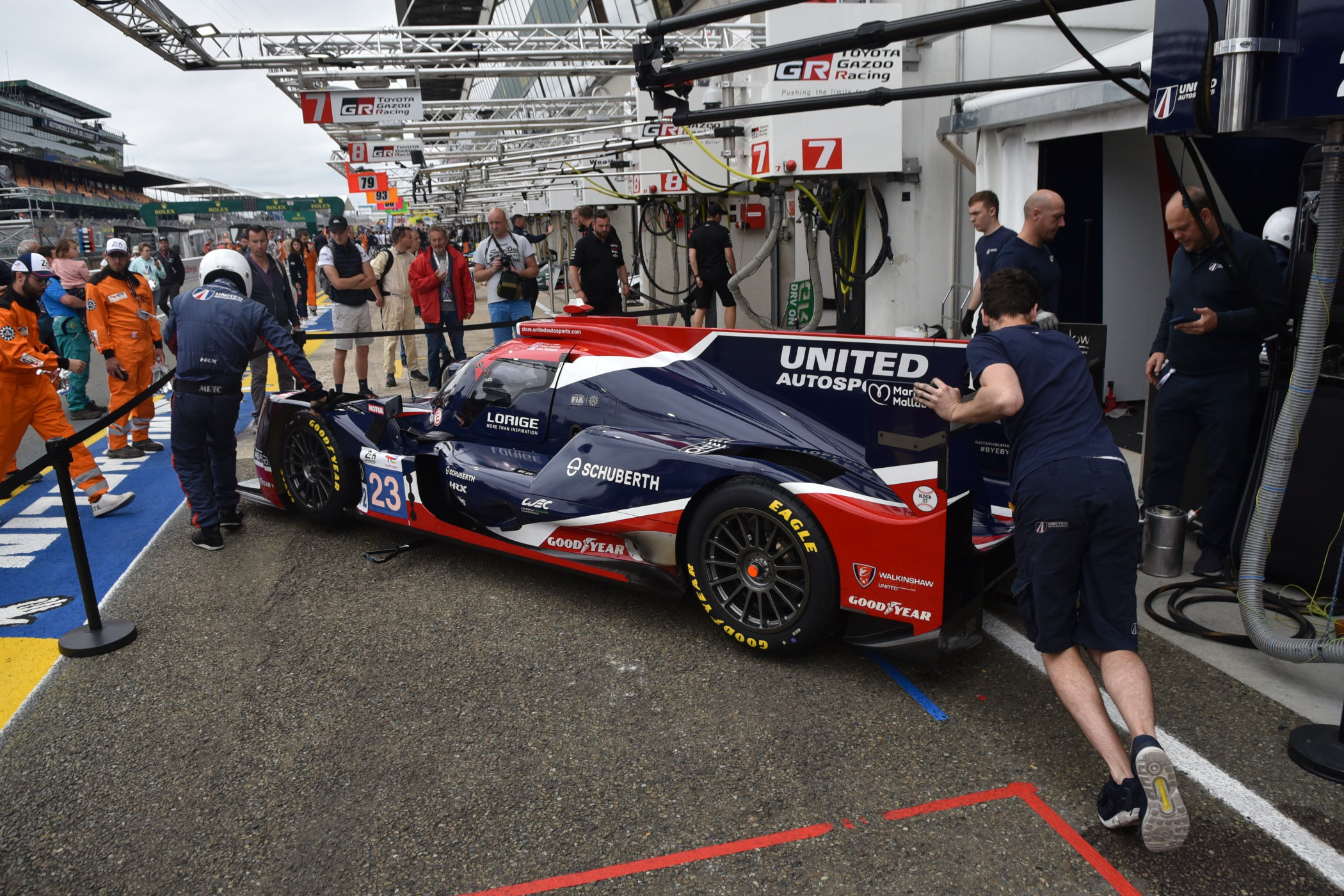 My full experience of attending the 2022 Le Mans 24 Hours can be read here!

The final story we revisit in this “Best Of” is the awesome Bizzarini 3500 GT Corsa. This low-slung racing brute was born in the mid-1960s and took the fight to the likes of Ferrari, Alfa Romeo, Porsche and others. Bizzarini was founded by Giotto Bizzarini, an engineer who worked on legendary cars such as the Alfa Romeo Giulietta, Ferrari 250 GT SWB and more. His Bizzarini 5300 GT Corsa took home a class win and ninth place overall at the 1964 Le Mans 24 Hours. Powered by a Chevrolet 5.3 litre V8, the 5300 GT had an acclaimed top speed of 280kph, which put it amongst the fastest cars of that era. The revival of the Bizzarini 5300 GT started in 2020 when industry veteran Dr. Ulrich Helmut Bez took it upon himself to build a 5300 GT from scratch, sourcing original parts, using original blueprints and painting it in the original Bizzarini Rosso Corsa red. It’s a fantastic-looking beast, and you should definitely check out the video below, where The Stig takes it for a lap around the Top Gear track!

Here’s the full story on this glorious Italian sports- and racecar!