It’s no secret that Fast and Furious movies are synonymous with insane car stunts. But, as any self-respecting F&F stan can tell you, few stunts in the franchise stand out like the Abu Dhabi skyscraper jump in Furious 7. And now the car used to film that dazzling sequence is heading to the auction block.

One of the Lykan HyperSport built by W Motors for filming the blockbuster has just been posted for bid on the NFT marketplace Rubix. If you’re wondering why a digital asset company is selling a stunt car, it’s because the winning bidder won’t just be walking away with the flashy vehicle, they’ll also be the owner of its non-fungible token of it as well. 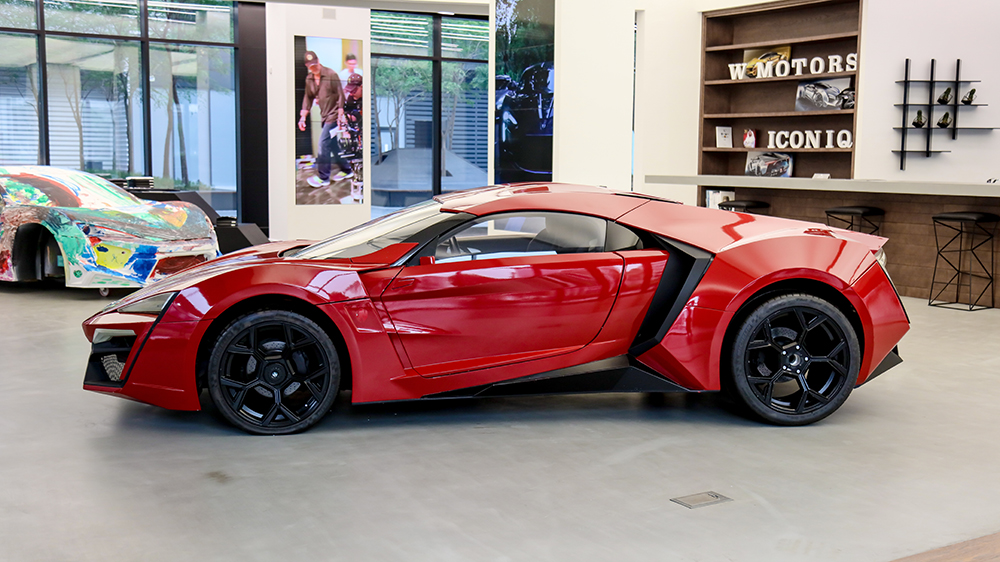 Supercars don’t come more over the top than the Lykan, making it a perfect fit for one of the Hollywood’s most outrageous franchises. Designed in the Middle East and built in Europe, it features a futuristic exterior, sumptuous interior and is powered by a twin-turbocharged flat-six capable of churning out 780 horses and 708 ft lbs of twist. The Abu Dhabi-based W Motors only built seven examples of the $3.4 million coupé between 2014 and 2017, making it one of the rarest production vehicles of the last decade.

Despite this limited run, 10 examples were built specifically for use in the 2015 action extravaganza, of which only this one survives—and it’s easy to see why. In the scene, Vin Diesel’s Dom and Paul Walker’s Brian (in his last appearance in the series, following the actor’s tragic 2013 death) jump the car out of the upper floor of one sky scraper, into another and then into one more before leaping to safety as the car plummets hundreds of feet to the ground. While much of the bonkers sequence was handled by computers, real versions of the Lykan were used to give it some sense of realism.

While still in one piece, this example bears the scars of production, with slight damage to the body, wheels and engine. This Lykan, like the other nine used for filming, is also a stripped-down version of the supercar it’s based on, with its brawny mill swapped out for a smaller flat-six. It’s also not street-legal as its airbag was ripped out for production. Still, it is drivable, and, as far as museum cars go, it’s about as cool as they come.

Pre-bidding for the Furious 7 Lycan Hypersport begins Thursday, with the actual auction scheduled for 9 am EST on Tuesday, May 11. Bidding for the car starts at $100,000. If that seems a lot for you can’t drive around town, just remember that it also comes with an NFT that includes a collage of images and 3-D videos, as well as a “irreplaceable” QR code proving ownership. With the way NFT Mania has been going, the digital assets could turn out to be what you’re really paying for.

Exclusive: Basil Hayden Just Changed Its Recipe, and We Got the First Taste

A Bentley El Camino? Someone Transformed This Flying Spur Into a Luxury Truck