‘This Is Us’ Star Justin Hartley Wore a $35,000 Gold Omega Moonwatch to the Critics’ Choice Awards

Following in the awards season footsteps of Sacha Baron Cohen and Nick Jonas, actor Justin Hartley wore the recently relaunched Omega Moonwatch in Sedna gold (the brand’s proprietary version of rose gold) at the Critics’ Choice Awards last night. Baron Cohen wore a steel version for the Golden Globes, while Jonas wore a white gold model on Saturday Night Live last week. But Hartley, who is also an Omega ambassador, was the first to wear the Sedna gold iteration.

While there is nothing particularly groundbreaking about a celebrity ambassador engaging in product placement, what is interesting is how striking the Sedna gold looked paired with Hartley’s well-styled Isaia navy blue suit, which he wore with a paisley tie and a pocket square that added a pop of fuchsia. Steel or white gold is the on-trend choice for many guys, particularly paired with a navy suit, but we think gold may be poised to make a comeback. With prices for steel models soaring, the market has become oversaturated with sports watches equipped with steel bracelets. Name a brand and the chances are it will have its own steel sports model. But Hartley made a good case for gold and Omega’s particular Sedna version, which is an 18-karat rose gold alloy that blends gold, copper and palladium for a longer-lasting reddish hue, looks elegant without stepping into flashy territory. 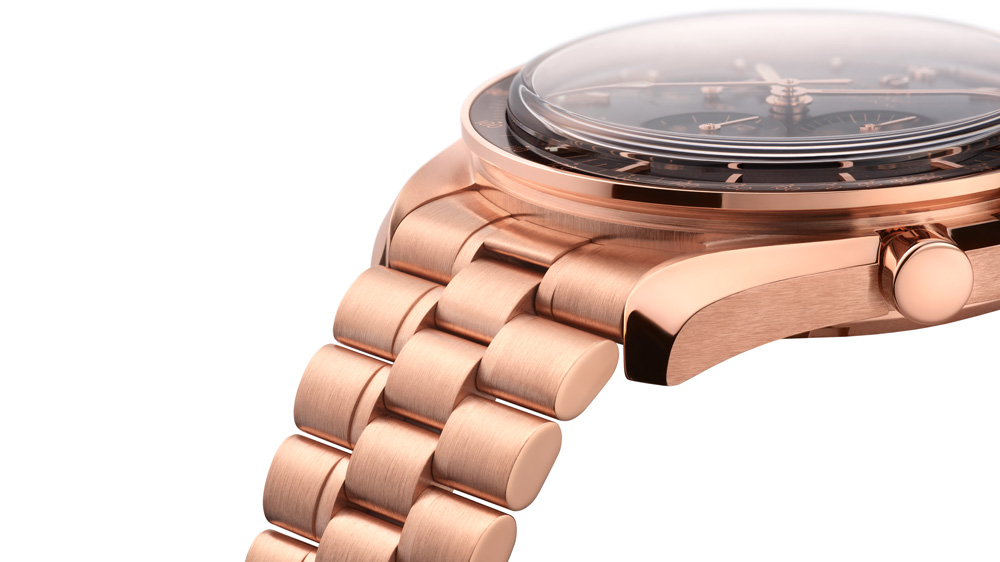 Hartley told the Robb Report that it is, “pretty much the perfect timepiece” and calls the gold paired with a black dial “unique and timeless.” The 42 mm chronograph ($34,800) is inspired by the 4th generation Speedmaster worn on the moon and comes with the “dot over 90” design, long revered by watch collectors, as well as an anodized aluminum bezel ring. The Speedmaster Moonwatch is no stranger to great achievements; it has been worn during all six moon landings. 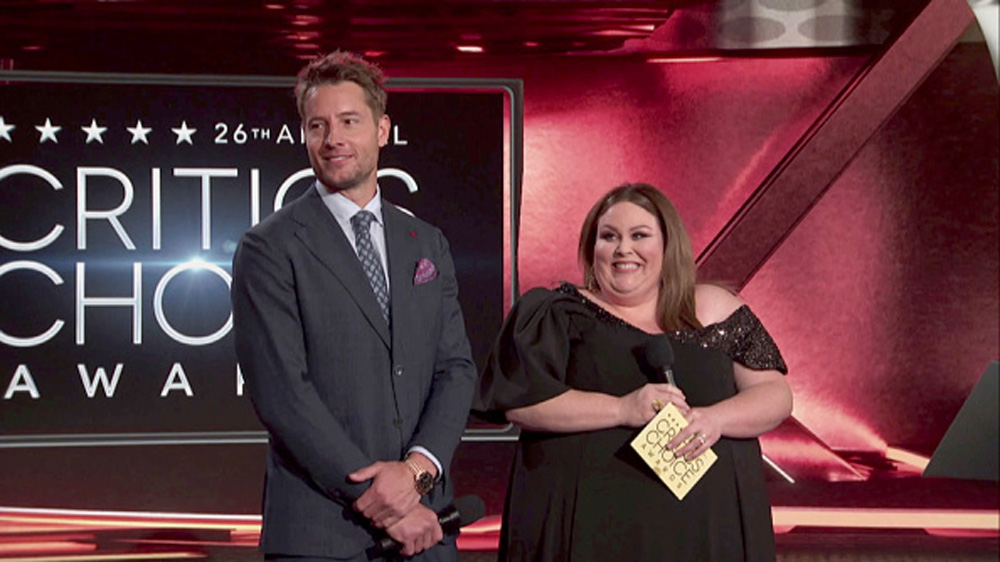 Justin Hartley and Chrissy Metz at the 2021 Critics’ Choice Awards

Hartley was nominated for best supporting actor in a drama series for his role as Kevin Pearson in This Is Us. Hartley’s fellow nominee Michael K. Williams won for his role as Montrose Freeman in Lovecraft Country.

He may not have taken home the award, but let’s hope Hartley got to take home the watch.

From Louis Vuitton to IWC: 3 New Sports Watches That Are Ready to Rumble

The Petrolhead Corner – The Electrifying Story of Rimac Automobili