Tortoise Time? One of Cartier’s Two Rare ‘Turtle’ Watches Could Fetch $280,000 at Auction

A rare Cartier Pebble “Turtle” watch, one of only two known to exist, will hit the block in Bonhams’ upcoming Fine Watches Sale in London on June 16th. Cartier started making watches at its London workshop at the height of the swinging ’60s under the direction of Jean-Jacques Cartier, the founder’s great-grandson and the last member of the family to manage the firm. It was an era of daring designs, during which “JJ”, as he was known, created some of Cartier’s most unique pieces, including the Crash and other unusually shaped watches. The Pebble, made in 1975, was named for its rounded polished case with a tilted-square dial opening. 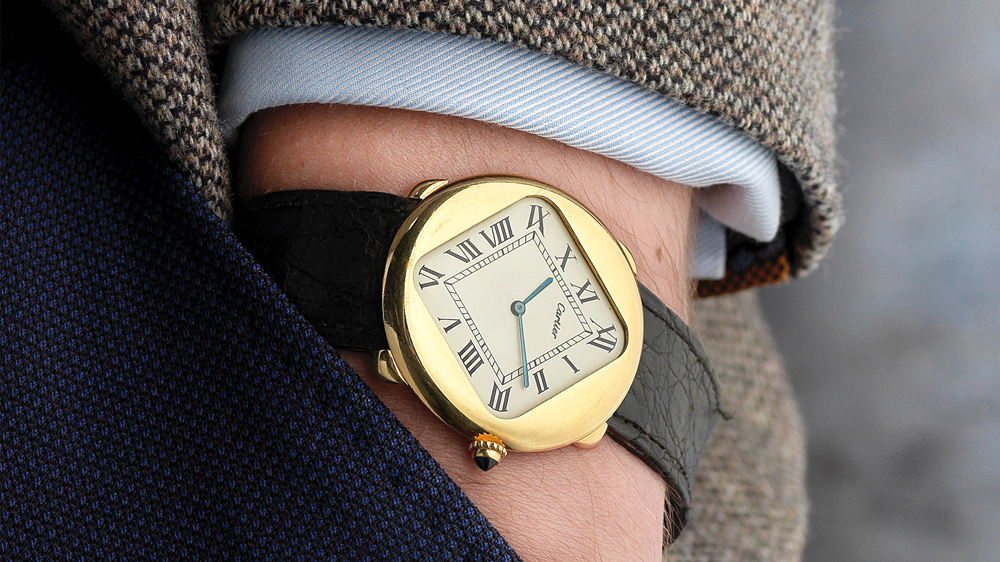 It was nicknamed the “Baseball” in the U.S. There are only six known versions of the Pebble, with five in yellow gold and one in white gold with a black dial. The Turtle version, even rarer, was so-called because of its unique lugs, shaped like round turtle feet. Only one other like it is known to exist and it is in the Cartier collection. The upcoming Bonham’s Turtle contains a manual-wound movement made by Jaeger-LeCoultre, and is estimated at $210,000-$280,000. 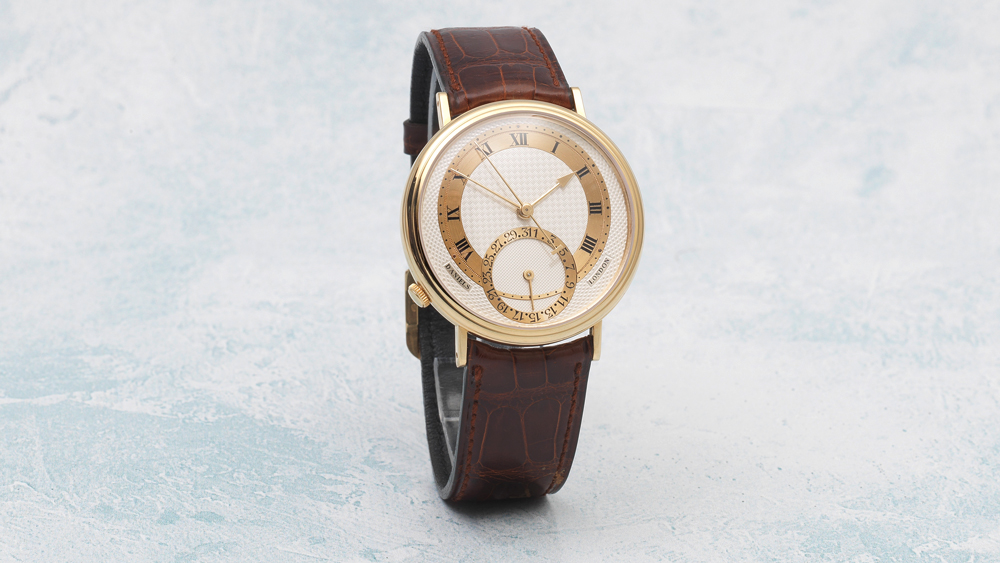 The auction includes another made-in-Britain piece, by the late great George Daniels, considered the 20th century’s greatest watchmaker. Daniels is known for inventing the revolutionary co-axial escapement, which Omega adopted for select models in 1999. To celebrate, Daniels and his apprentice Roger Smith made a series of 48 exquisitely hand-finished yellow-gold Millennium watches with the escapement over a period of three years. The piece in the auction is number nine in the series, produced in 1999. The movement is 18-karat gilt automatic, with a George Daniels-signed co-axial escapement, glucydur balance and a gold engine-turned rotor. The silvered dial is engine-turned, with a gold chapter ring and gold date ring at six o’clock. It is estimated at $350,000-$490,000. 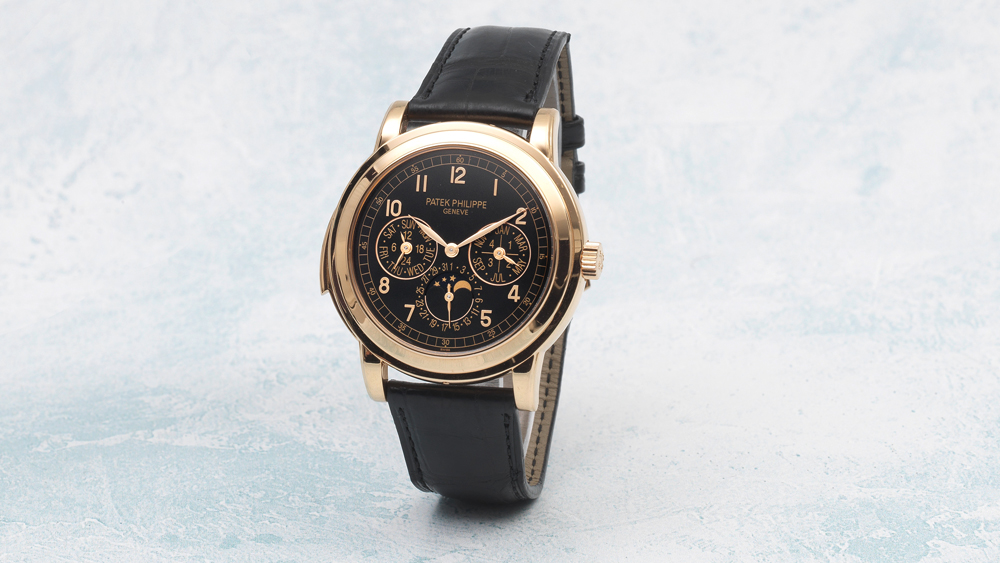 But no auction is complete without a showpiece from Patek Philippe. In this sale is the Ref. 5074R-001, one-of-100 rose gold examples of the minute repeater perpetual calendar. The 5074, finished to Geneva Seal standards, was introduced in 2001 and was initially produced only in yellow gold. Rose gold editions followed in 2005 and platinum in 2009. The current rose gold example, made in 2009, is being sold by the original owner. Only 100 examples were made in rose gold and they were available with either a silvered dial or, as with the current lot, a striking black dial. Bonham’s says fewer than 10 have hit the secondary market, which makes this a very rare opportunity to own one. It contains the caliber R 27 Q, comprising 467 parts, with perpetual calendar, moon phase, 24-hour indication and a minute repeater with cathedral gongs. It is estimated at $420,000-$560,000.

The live sale takes place at 1 P.M. on Wednesday, June 16th, with limited public admission by prior appointment. Bids will also be accepted online and by phone.

QUICKFIRE Q&A: WatchesXMore poised to lead the way on innovative tech in the watch world