Vario Releases A Watch For All Occasions The VERSΛ Dual Time 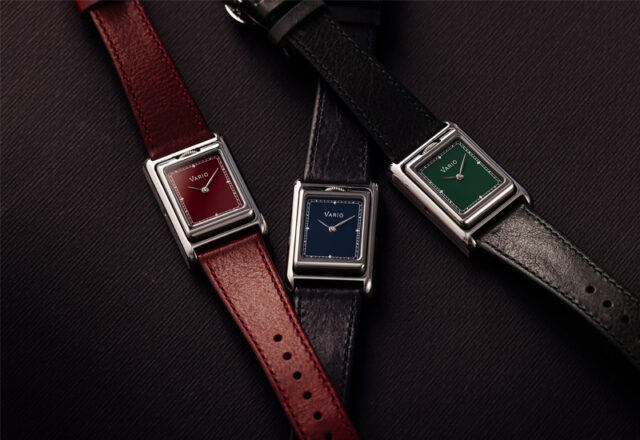 Vario has launched the VERSΛ, its way of epitomising the showy, angular aesthetics of Art Deco, specifically referencing the Streamline Moderne style.

Favouring long interrupted lines and overall function, the latest Vario release is reversible which gives it the ability to be aimed at travellers, sportspeople or those attending a cocktail dinner.

The internal mechanism of the case flips between two time-zones and allows the wearer to flip between business-ready to evening casual.

Unlike most GMT watches, which can’t cope with half hour time zones, the Vaerio patent pending VERSΛ will track time from New York to Delhi.

Powered by two independent ultra-slim Swiss quartz movements, each has its own crown and 6-year battery.

40mm in length and 26mm in width, it comes on a Veg Tan Italian leather strap and is priced at $428.