So long, hulking boots. Ye’s back in YEEZYs (for now).

On August 12, Ye tried and failed to keep things low-key while visiting his unfinished home in Malibu with new rumored flame Monica Corgan (we’ll get to that later).

As for Ye’s hilariously obvious disguise, the musician wore an all-black ensemble, including a tightly-tied sleeveless Balenciaga hoodie which just barely exposed the rapper’s nose and eye (not eyes, just one eye).

At one point, the hoodie’s severe scrunching even flashed Ye’s male cleavage to the streets of Malibu.

It feels like it’s been forever since we’ve seen Ye in his own kicks since Balenciaga and Red Wing’s bulky stompers became his uniform.

It’s interesting to see Ye opt for the 2019 YEEZY sneakers, considering the rapper hasn’t held back with expressing his grievances against adidas as of late. But even adidas’ beef can’t stop Ye’s pettiness.

Remember when his ex-wife Kim Kardashian wore YEEZYs during outings with her then-new-boyfriend Pete Davidson?

Kanye may be pulling a Kim on Kim, flexing YEEZYs around his latest squeeze. Will it ever end?

Nonetheless, YEEZYs are back in, well, Mr. YEEZY’s good graces right now. Let’s hope the boots stay in storage for a bit.

Anywho, Ye wasn’t the only one delivering a lousy low-profile.

Corgan, Ye’s alleged new girlfriend who is a fashion consultant per her Twitter bio, followed Ye’s lead in Balenciaga shades, a bright blue unitard, and an oversized hoodie pulled over her nose.

With Ye handing out YEEZY shades like its Christmas, I’m shocked Corgan didn’t wear those. Then again, Ye’s BFF Demna is better suited for disguising in this case.

Murmurs of the two’s alleged relationship began in June when the YEEZY founder went on a movie date with the OnlyFans model to see Top Gun: Maverick, days before Ye and Chaney Jones’s split went public.

Though the two haven’t made their alleged romance Birkin-official, they already have some things in common, like their love for God.

Corgan actively tweets the word about having faith in the Man Upstairs, who she recently praised for her toned physique. On the other hand, the Sunday Service leader sees himself as nothing less than a god. Perfect couple.

In a world where Instagram dictates the status of a relationship, Ye pausing his boot supremacy for his new lover seems kind of serious, no?

I don’t know, folks. We may be seeing Ye’s 2022 third relationship timeline rolling out soon. 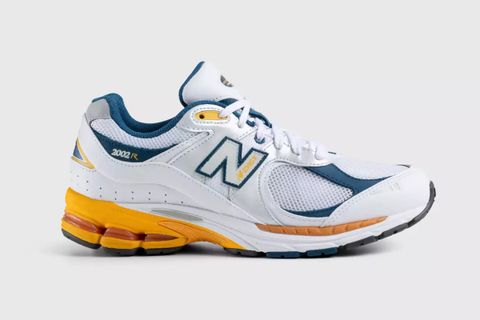