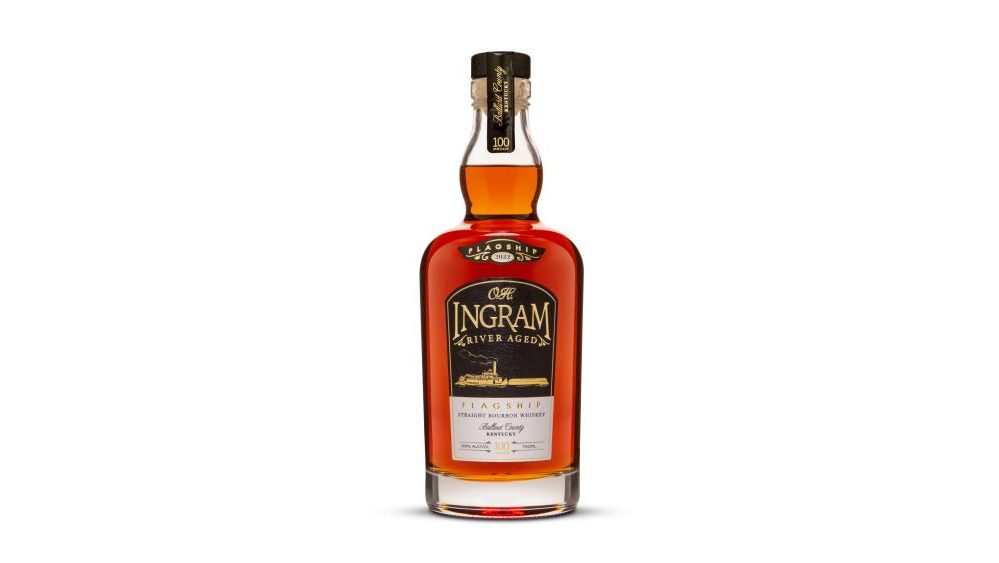 There are plenty of whiskeys these days that were aged on boats, trains and trucks, moving around the country or even the globe in order to pick up flavors via mobile maturation. But O.H. Ingram does things a little differently, aging its barrels of whiskey in a floating barrelhouse on the Mississippi River. In this case, do rock the boat, baby.

This is the second time O.H. Ingram’s Flagship Bourbon has been released, and it differs from the core expressions in some key ways. The whiskey was distilled at Green River Distilling Co. in Owensboro, KY, and this new release is a selection of just eight barrels of mid-rye bourbon that were personally picked by founder Hank Ingram. “Our Flagship Bourbon is a labor of love, and our team takes great pride in creating what we believe is an exceptional spirit,” he said in a statement. “In a nautical fleet, the flagship vessel is the crown jewel, and this bourbon absolutely leads our fleet of expressions. The response to our inaugural Flagship was phenomenal, and I believe this batch improves upon on our previous success.”

As we’ve covered here before, the concept of mobile maturation can start to feel more like a gimmick than a legit production method. But the team at O.H. Ingram provides a well detailed account of just how and why aging whiskey on a river (technically stationary, not mobile) makes a difference. The boat is moored to a riverbank in Ballard County, KY, and the whiskey is subject to three important factors—the motion of the river means the liquid is constantly sloshing around and interacting with the wood; there are significant temperature shifts from day to night that are amplified by the river; the humidity remains higher than normal meaning there is less angel’s share, or evaporation, of the whiskey.

There is certainly some science behind all of this, but the extent to which it affects the whiskey might still be up for debate. Regardless, it all comes down to flavor, and O.H. Ingram’s “mellowed on the Mississippi” motto does sound pretty nice. You can find the Flagship Bourbon ($99) available to purchase in Kentucky, Tennessee, Louisiana, Minnesota and Wisconsin, or online via Seelbach’s.